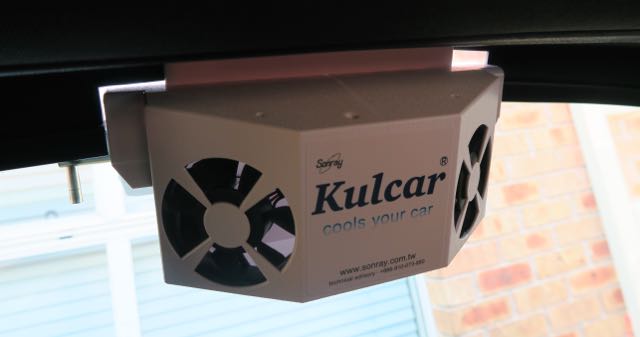 If there’s one thing we don’t like about summer it’s getting back to our car after it’s been in the sun for a few hours.

And while a windscreen shade can help keep temperatures down, it’s not enough to reduce the heat inside your vehicle.

A new solar-powered device called Kulcar can draw out the hot air from your car and make it at least 10 degrees cooler than a car without one.

The product has a solar panel that sits outside your car window to power the fan system that rests inside your vehicle to vent the hot air.

For our review we fitted it to back right rear window of our car. 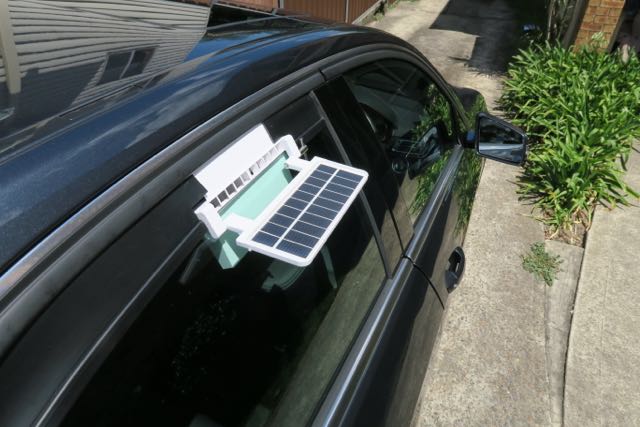 Apart from the device itself, there are also two rubber strips designed to create a seal around the cooler.

The shorter piece sits to the right of the fan while the longer piece can be trimmed to fit your vehicle’s window. It can fit on any car window.

Once fitted the idea is to slowly close the window so the rubber strips completes the seal and gives the unit enough room to sit on the edge of the glass.

And as soon as the solar panel is hit by sunlight the Kulcar fan system comes to life.

The company says the unit can replace all of the air in an average size car in 90 seconds.

It’s also guaranteed to reduce the temperature in your car by at least 10 degrees or your money back.

For our testing we parked our car in the sun for two hours after fitting Kulcar. 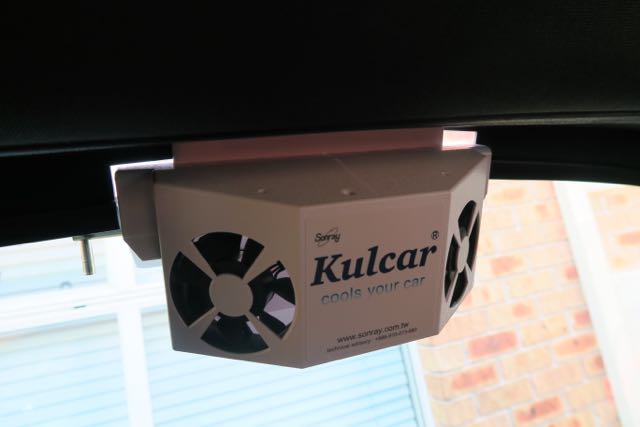 Normally we’d have to open the windows and sunroof to let out the hot air and crank up the air-conditioning.

But with Kulcar the temperature was noticeably lower and it was comfortable enough to drive away without opening the windows or the sunroof.

And because it’s solar powered there is no need to worry about batteries or being caught short without a charge.

The unit is a little noisy and it can be heard several metres away from your vehicle – not that’s going to worry you because you’re not going to be near your car when it’s doing it’s work.

Our car attracted a few looks when we drove into a shopping centre car park and parked it in the sun. 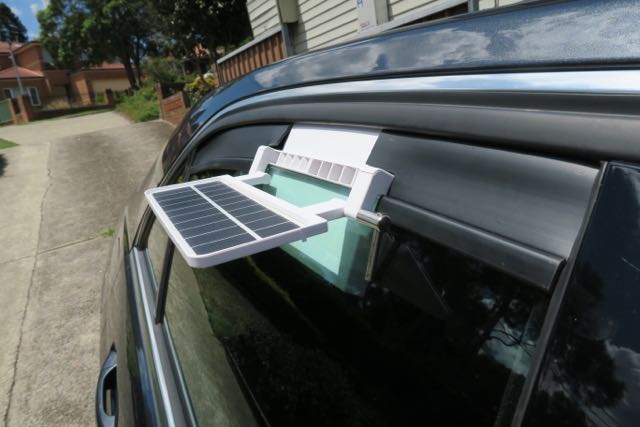 Security wise, the unit and the rubber strips creates a seal that’s strong enough to prevent anyone being able to remove the unit or get in to your car.

Once sealed into your window, Kulcar is locked in place and cannot be moved.

Kulcar can make a big difference to any car sitting in the sun so the driver is not coming back to an oven even after several hours.

It is available now at www.kulcar.com.au and is priced at $129.