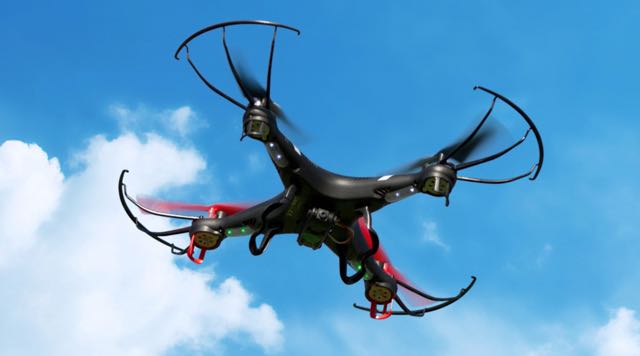 If you’re looking to buy a drone you can either buy a toy or go all out and invest in a more expensive professional model but the Kaiser Baas Alpha Drone is hoping to be something in between.

Priced at $199.95, the Alpha Drone is bigger than the mini drones mainly designed for indoor use yet smaller – and a lot cheaper – than the higher end drones like the DJI Phantom.

It is made from lightweight plastic and has a range of about 60m. 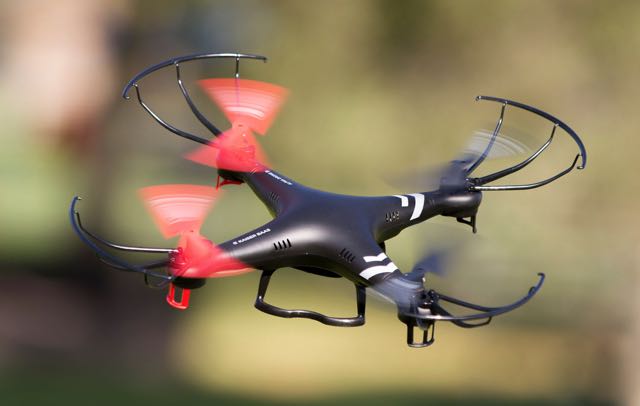 Onboard is a tiny camera that can capture 720p video at 30fps (frames per second) and 2-megapixel stills. It also comes with a 2GB microSD card to store your videos and images.

The remote control takes six AA batteries and is made of plastic and looks more like something you’d get with a cheap toy.

It wasn’t as accurate or responsive as we would have liked it to be.

The only highlight of the controller is the preset commands that allow users to perform tricks like flips and to snap your pictures and videos.

Under the hood is a rechargeable battery that offers about seven minutes of flying time.

It took a little while to discover how to detach the camera to insert the battery. 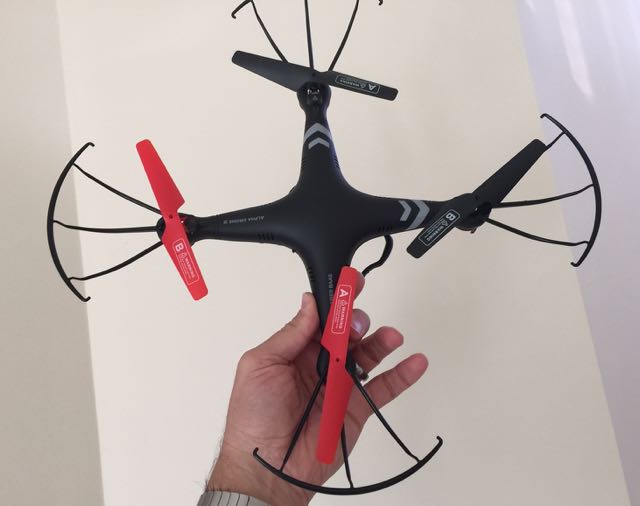 It is quite fragile and you have to wrench on the drone’s camera to open the battery compartment.

You have to be careful here or you could break it.

We had to get the remote control to talk to the drone – something that didn’t happen immediately.

But once we finally linked them it was time to take to the sky.

One thing you need to remember is that the Alpha Drone is as light as a feather so even if there’s a light breeze it could quite easily get away from you.

That’s what happened to us. On our first flight a gust of wind took the drone up and away and the only way to recover it was to cut the engines and let it fall to the ground about 50 metres away.

Luckily the Alpha Drone is quite sturdy and could withstand the drop.

Kaiser Baas says there’s six-axis gyroscopic stabilisation onboard that will work even against wind – but it wasn’t putting up much of a fight when we were using it.

The controller was over sensitive and inconsistent. It only took the lightest touch to completely alter the drone’s course.

It requires a lot more finesse than you’d expect and, for those without patience, it is going to be quite frustrating.

It might have been a better move to ditch the physical controller altogether and allow users to control the drone from an app.

This could make the drone cheaper but on the down side it will probably limit the range of the craft.

A good drone can also just hover in place while you’re trying to get your bearings but the Alpha Drone wouldn’t sit still for us.

Photos and videos captured with the device were average at best.  It’s OK if you’re looking to get some happy snaps and video footage for a laugh but it’s a far cry from professional standard.

There is no live feed from the drone so you can’t see what it sees through the camera which means your videos and images are hit or miss.

If you think you can send this over a cliff on the coast and fly it from a distance – think again. That’s not what this drone was designed to do.

For that you need to spend a lot more money on a more professional drone. 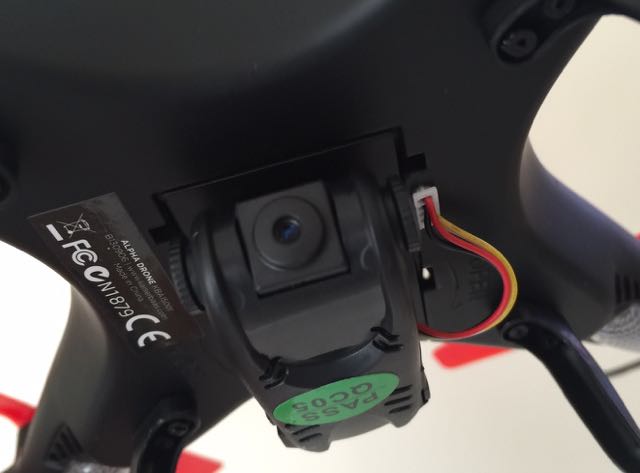 If you want a bit of fun down the park, then the Kaiser Baas Alpha drone could be the answer.

The onboard battery only lasts about seven minutes so you might need to invest in a couple of spares on top of the $199.95 asking price which could put the device even further out of the reach of the audience it’s designed for.

The Kaiser Baas Alpha Drone is a fun toy that’s too big to fly indoors but not heavy enough to fly and completely control outside even if there’s a little bit of wind.

In absolutely calm conditions, the Alpha Drone can be flown with confidence but if the wind gets up you will have to wait to fly another day or risk losing it.