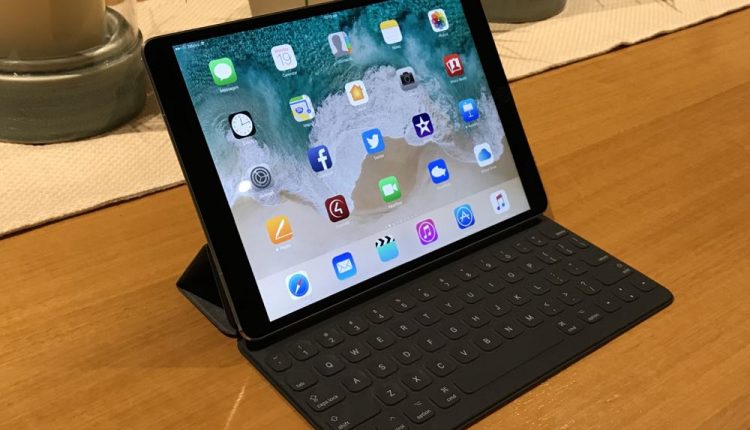 The iPad Pro was already a powerful device and it’s just got even better with the release of a slick new 10.5-inch model which now features improvements across the board to make mobile usage better than ever.

The new 10.5-inch screen size means you’re getting almost 20 per cent more screen yet only a minimal increase in the device’s overall size.

The iPad Pro range now includes this 10.5-inch version as well as an updated 12.9-inch model.

Apart from the screen size both devices are identical in terms of speed, features and performance.

We got our hands on the brand-new 10.5-inch iPad Pro and right away could see the enhancements and the impressive size of the screen. 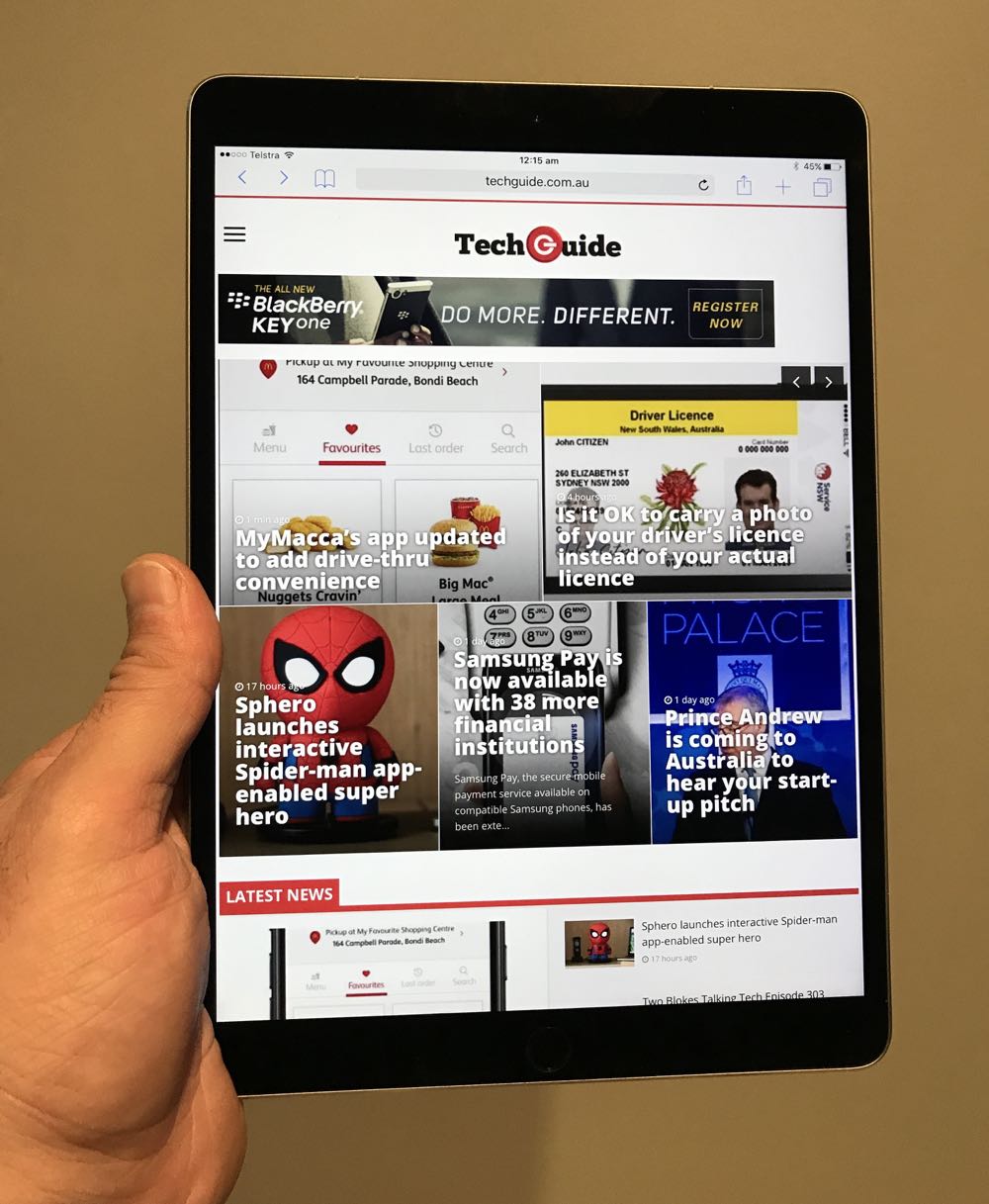 We were already big fans of the 12.9-inch iPad Pro which dwarfed the older 9.7-inch model.

But this new 10.5-inch display is now an excellent middle ground that offers both the screen real estate and compact form factor. 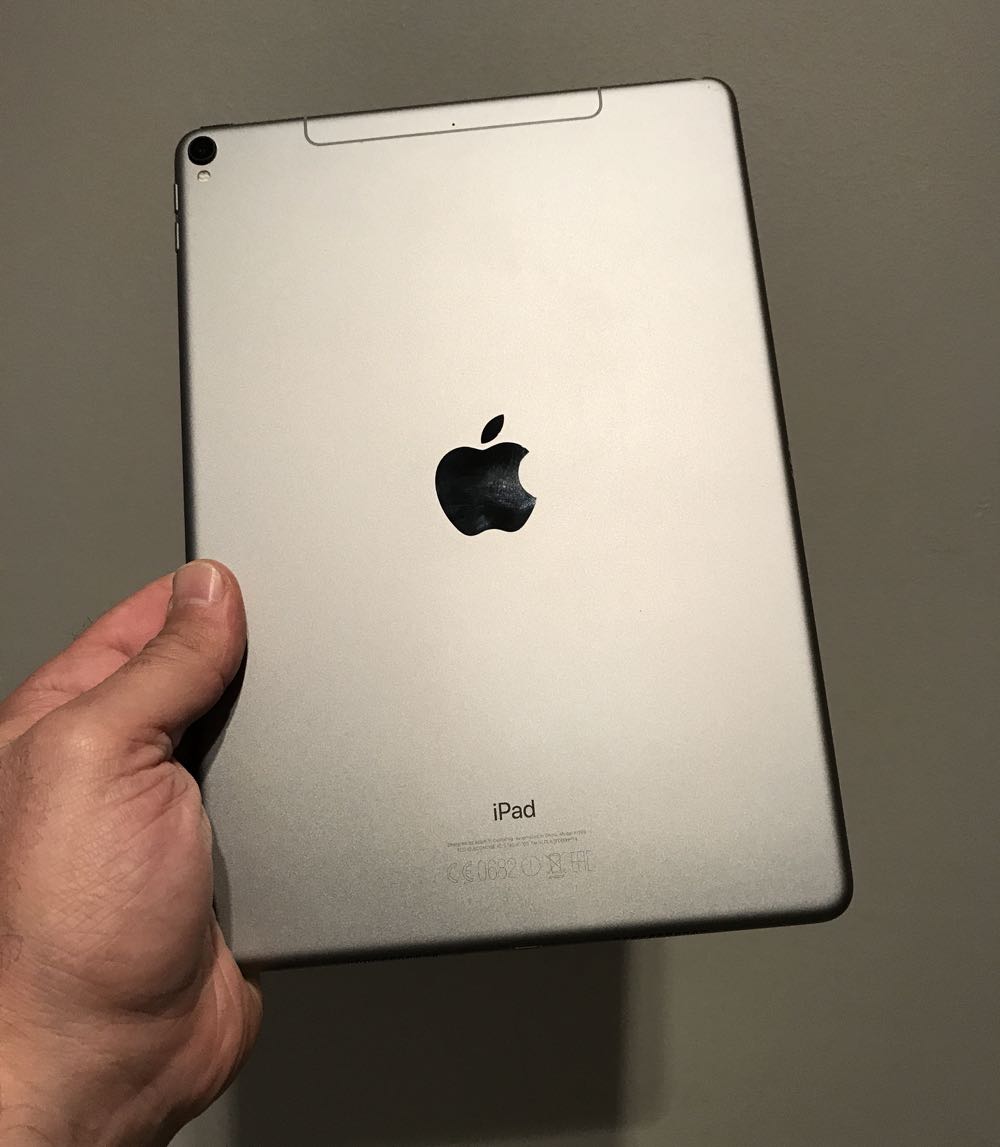 But it’s also bursting with new features that make the whole experience even better.

The regular iPad will still be available in the 9.7-inch size.

That 10.5inch Retina display has just got bigger but it has also got a whole lot better.

There is also an antireflective coating which also reduces reflections by 40 per cent which means you can use the iPad Pro anywhere, including in bright sunlight. 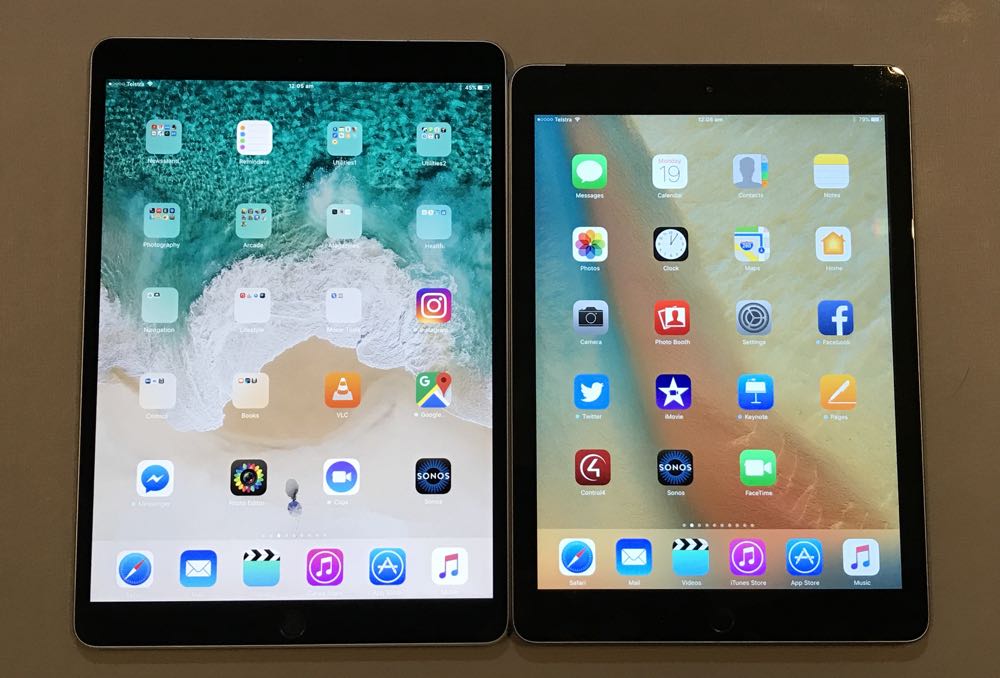 iPad Pro is also more colourful with a wide P3 colour gamut which has 25 per cent more colour saturation that a typical sRGB display.

But one of the standout new features is ProMotion – a technology which can dynamically adjust the display’s refresh rate between a maximum of 120Hz when watching video down to a lower refresh rate to suit the content you’re watching and when displaying stills. 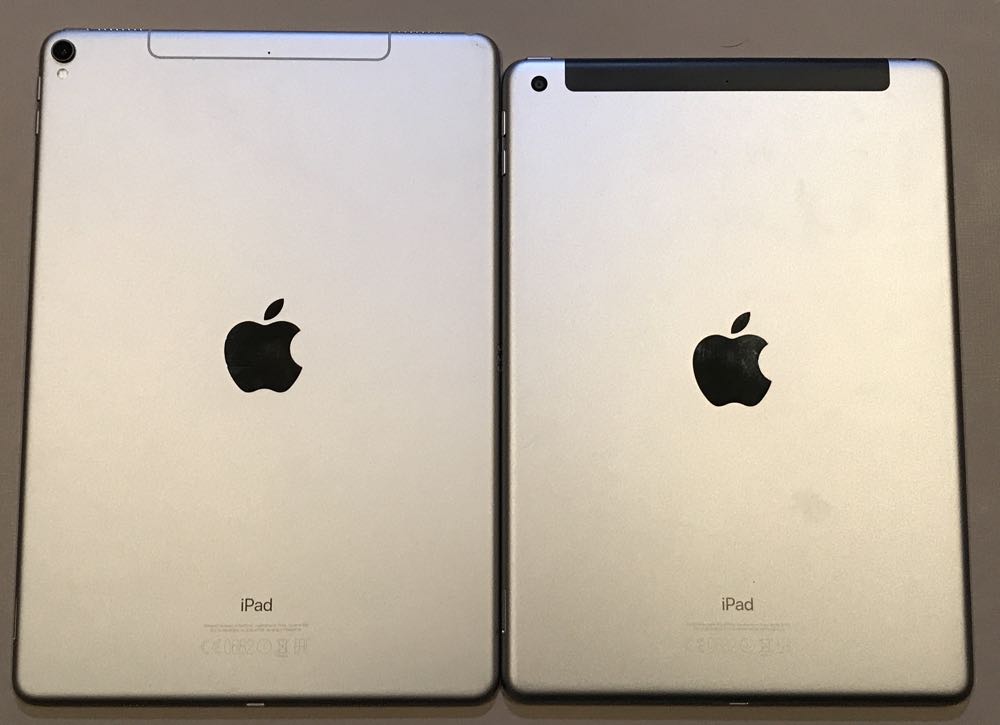 This not only makes what you’re looking at even better but it also saves on the battery as well.

ProMotion also comes into play when opening apps, scrolling between screens, browsing the web with Safari and playing 3D games.

You’ll see a noticeable difference in smoothness and speed.

Another feature that improves the viewing experience is True Tone which adapts the colour and intensity of the screen to suit the light level where you are whether it’s under fluorescent lighting, under warm lighting or outside in daylight.

This larger screen gives uses a lot more room to move and can also fit a full-size virtual keyboard.

The iPad Pro isn’t just about looks, it’s also got it where it counts when it comes to performance.

Under the hood is the new A10X Fusion chip with 64-bit architecture and six cores which means it’s comparable to a high-end PC when it comes to handling tasks.

What was really impressive was the way the iPad Pro can handle detailed photo and 4K video editing, animations, effects and visuals right there in the palm of your hand. 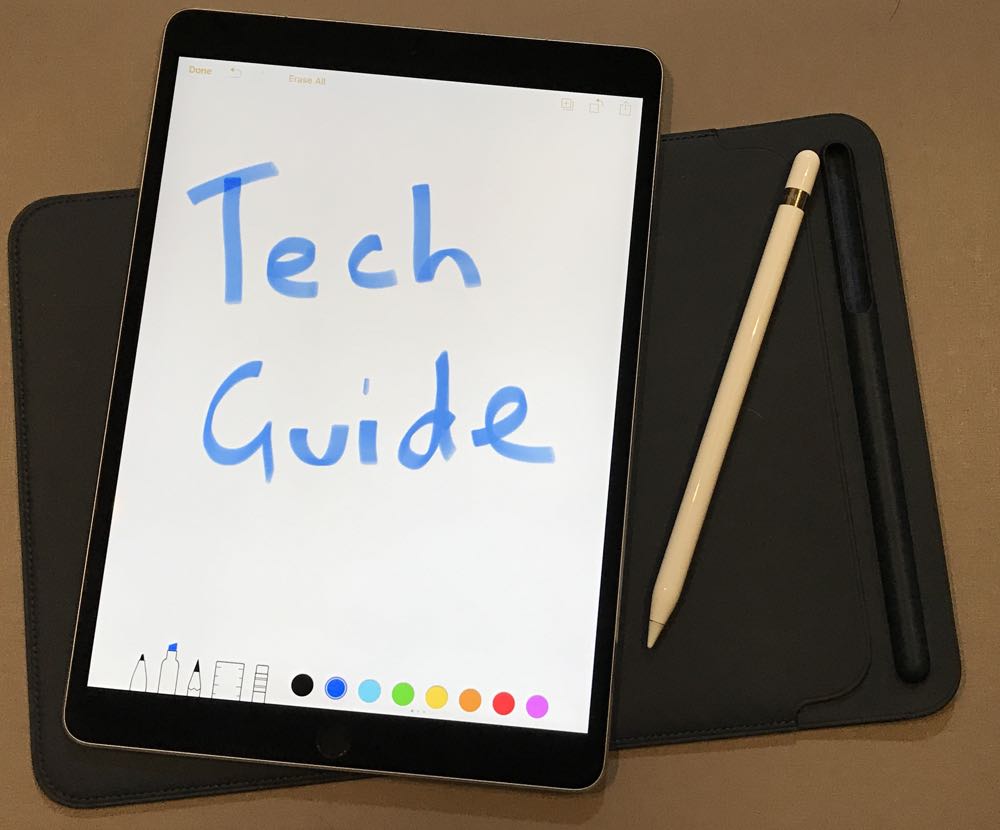 You will feel every bit of that when using sophisticated video and photography apps and playing the latest games.

There is also an M10 coprocessor which can help lighten the load from the main A10X chip to help conserve power.

Another part of the secret sauce is the Metal programming language which allows developers to create demanding apps which run super smooth and super fast on the iPad Pro.

On the battery side, you still get the iPad Pro’s trademark 10-hour battery life despite the serious improvement in performance and capabilities.

Of course, one of the things that distinguishes the iPad Pro from the regular iPad apart from the speed and performance – is the ability to use Apple Pencil to write or draw on the screen.

It offers another great way to interact with the device on top of the handy multi-touch screen.

Apple Pencil is a precision instrument which can be used in a variety of ways. 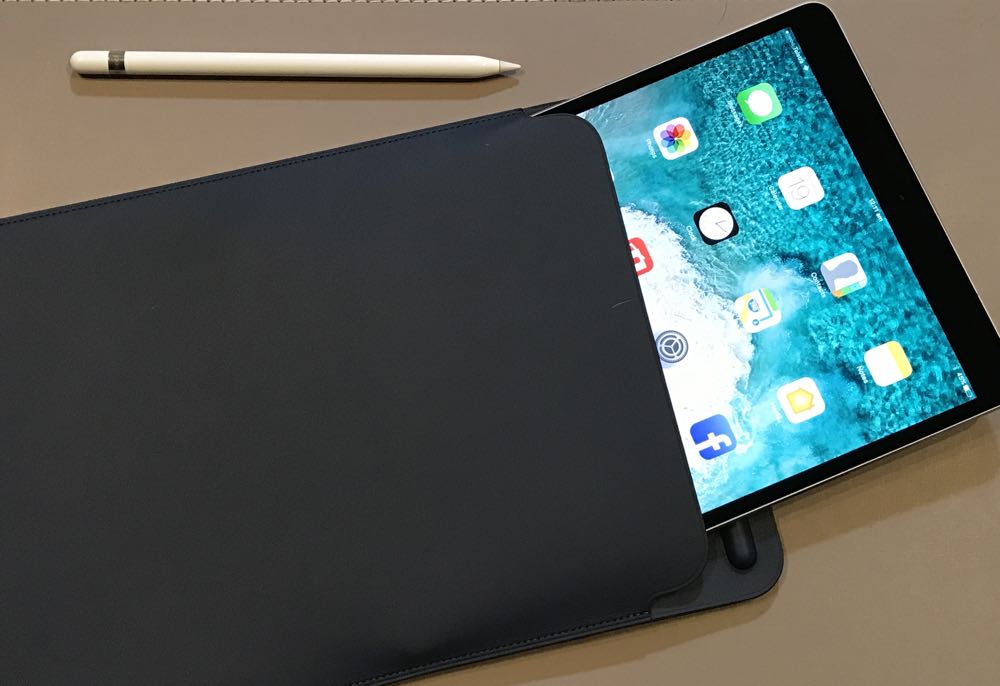 It includes a force sensor to instantly detect how hard the tip is being pressed on the display to help you produce thicker or thinner lines.

There are also tilt sensors on board which makes it possible to shade and colour like you would with a real pencil.

But with the new iPad Pro with ProMotion, Apple Pencil got even better.

Writing is now instant as it would be with a regular paper and pencil.

But you don’t get Apple Pencil with the iPad Pro – that costs an additional $145. 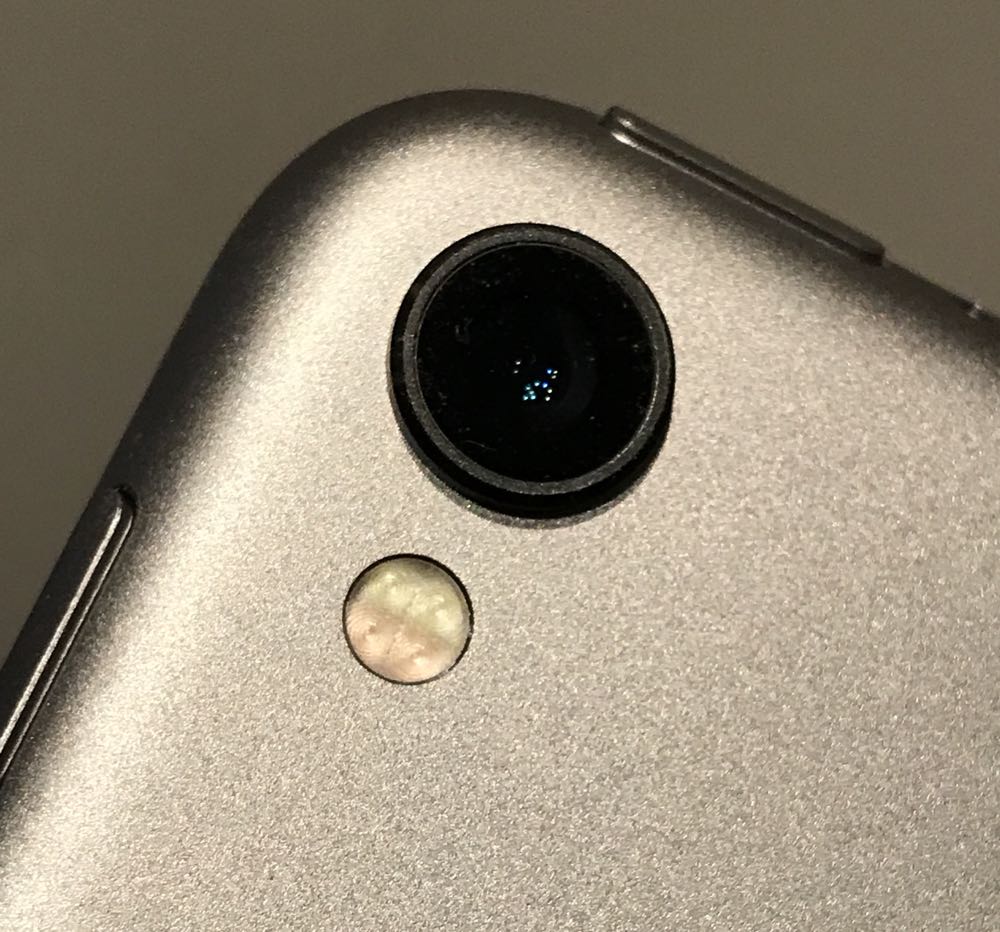 The iPad Pro also has a new camera.  It’s actually the same 12-megapixel camera and lens that you will find on the iPhone 7 – and we all know how good that is.

So that means you get optical image stabilisation, the ability to shoot 4K video, a quad-LED True Tone flash and Live Photo.

The stunning Retina display is also backed up by excellent audio through the iPad Pro’s four speakers located in each corner of the device.

Built-in sensors adjust the output depending on whether it is in portrait or landscape mode with impressive bass and the mid and high frequencies sent to the uppermost speakers. 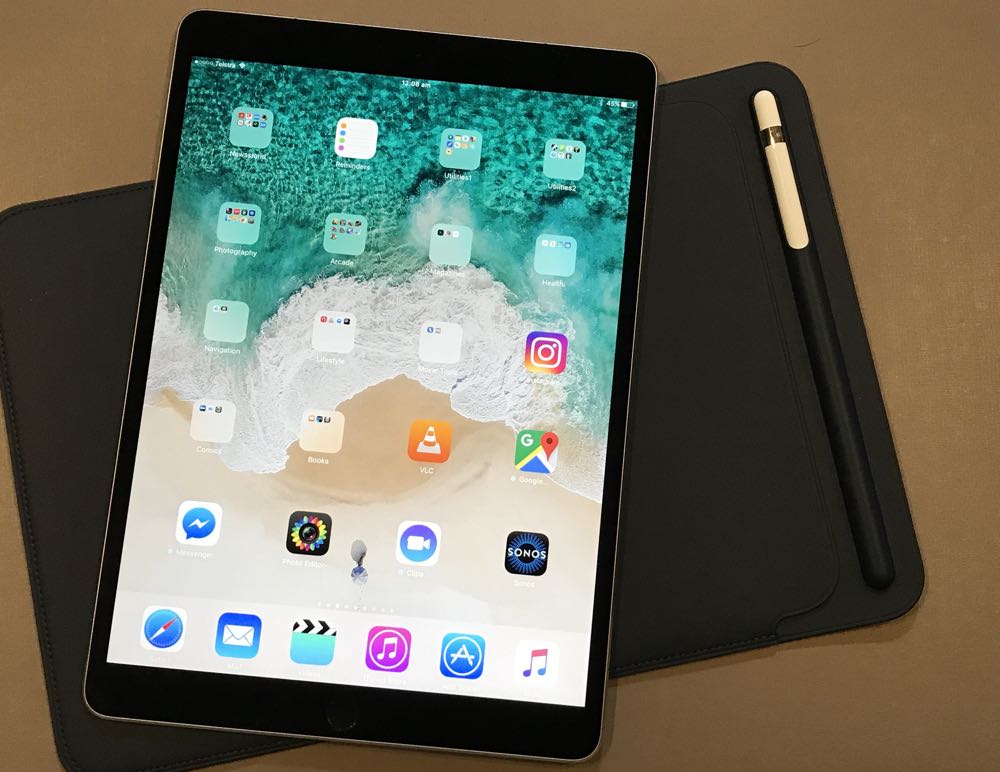 Whether you’re playing a game or watching a movie, the excellent audio will add to the experience.

But while the iPad Pro is remarkable now it’s going to get even better when the latest iOS 11 operating system is released in a few months.

For the first time, iOS 11 will have more significant features for the iPad than it will for the iPhone.

There will be an all-new Dock, a new Files app, enhanced and more powerful multitasking, drag-and-drop of multiple objects and a redesigned app switcher.

Apple Pencil will also inherit some new features including instant markup where you can annotate screenshots and instant notes so you can start writing with a tap on the lock screen. 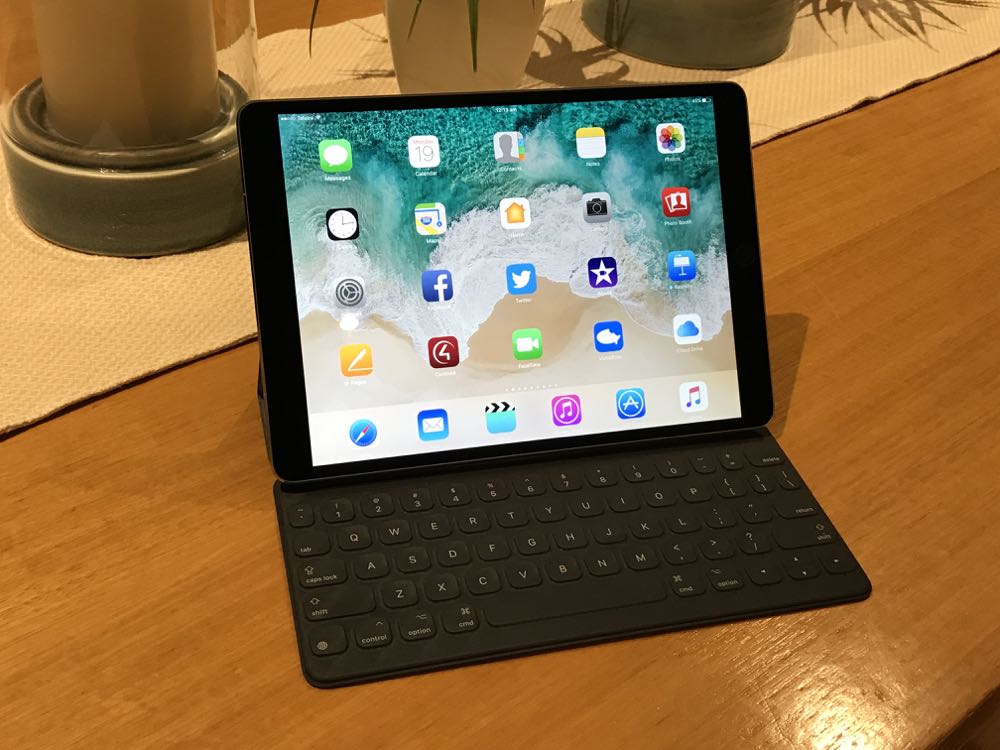 There are some impressive accessories for the 10.5-inch iPad Pro including the Smart Keyboard Cover and the Leather Sleeve.

The Smart Keyboard Cover ($235) acts as both a cover and a keyboard which connects magnetically to the iPad Pro and places it in a comfortable typing position.

And the larger size to accommodate the 10.5-inch display means you’ll now have a full-size keyboard at your fingertips. 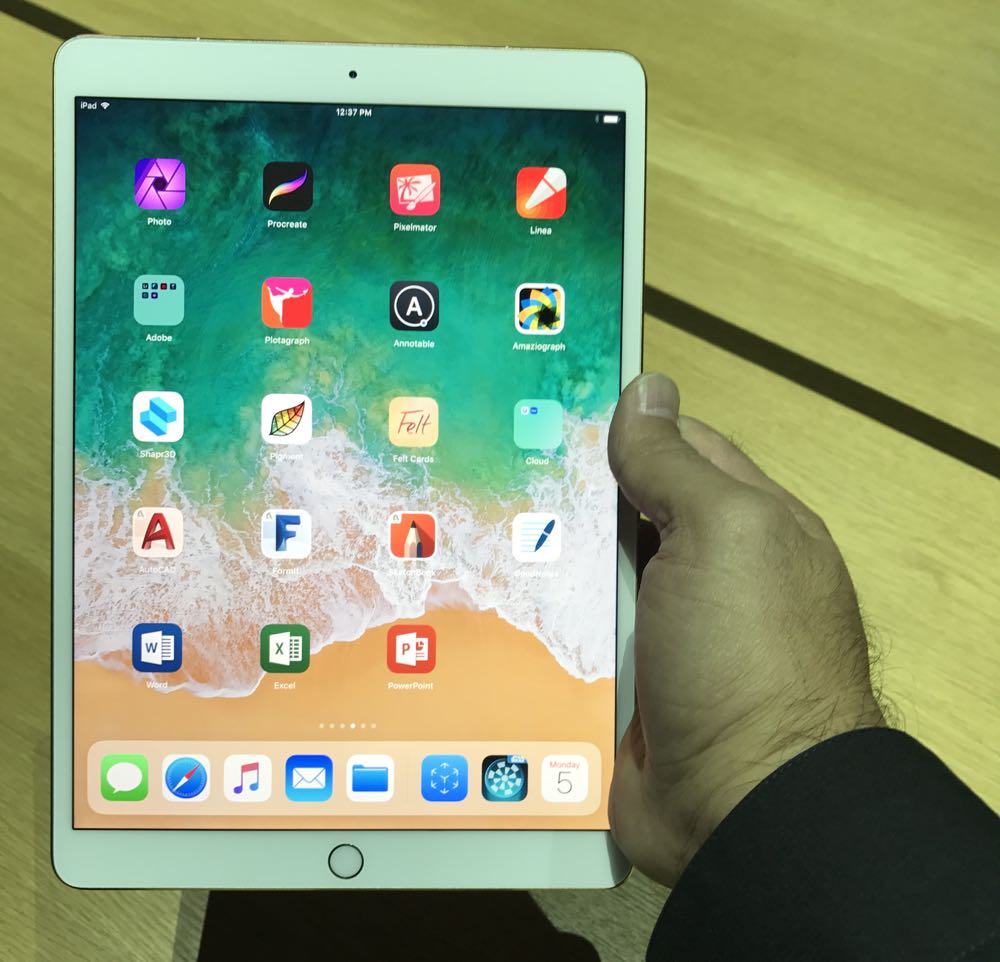 The premium quality Leather Sleeve ($189) has room for the 10.5-inch iPad Pro even while it is wearing the Smart Keyboard Cover.

There is also a space to store the Apple Pencil and keep it within arm’s reach whenever you want to use it.

The new iPad Pros are also available in 256GB and 512GB capacities as well.

The latest iPad Pro – including the new 10.5-inch model – is the easily the best iPad Apple has ever produced.  It can offer high-end users a powerful yet enjoyable experience as a genuine laptop replacement.

VERDICT: The latest iPad Pro – including the new 10.5-inch model – is the easily the best iPad Apple has ever produced. It can offer high-end users a powerful yet enjoyable experience as a genuine laptop replacement.