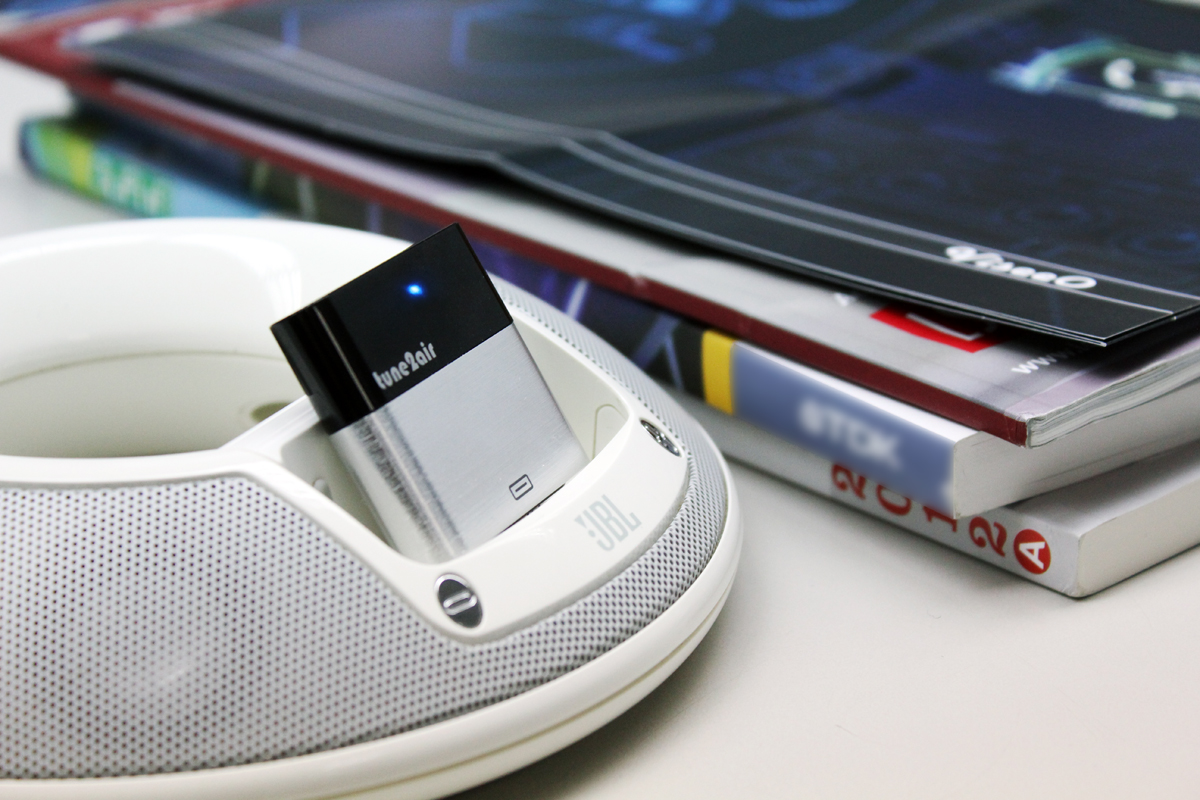 Now you can turn an iPod dock into wireless music streaming device with a new product from ViseeO called the Tune2Air Bluetooth adaptor.

The Tune2Air adaptor can create a wireless bridge between your iPhone, iPad and iPod when it is connected to the 30-pin connector on the dock.

This is particularly handy for the many users who updated to the iPhone 5 or latest iPod with the smaller Lightning connector but were unable to physically connect to their docks which had the older 30-pin dock connector.

Once the Tune2Air adaptor is connected to the 30-pin dock, users can then pair their iPhone, iPod or iPad and then stream their music from within the 10m Bluetooth range.

And it replicates the features in your car as it would be if the device was physically connected including displaying song titles, artists name and album art on your vehicle’s display.

If it’s an iPhone connected to the Tune2Air in your car for music, it can still also be connected wirelessly via Bluetooth to your in-car handsfree system to make and answer your calls.

The Tune2Air Bluetooth adaptor is literally plug and play – simply connect to the 30-pin dock connector and look for it in your list of devices in your Bluetooth menu to pair. That’s it.

It automatically reconnects to previously paired devices whether it’s being used in the car or with an iPod dock so there’s no need to pair it each time.

It is compatible with most iPod docks including models from Bose, JVC and JBL.

And in terms of audio quality the device makes your music sound just as well as it would if it was physically connected thanks to dual ADC and DAC stereo audio support.

Aussie familes to miss out on savings from shared mobile plans