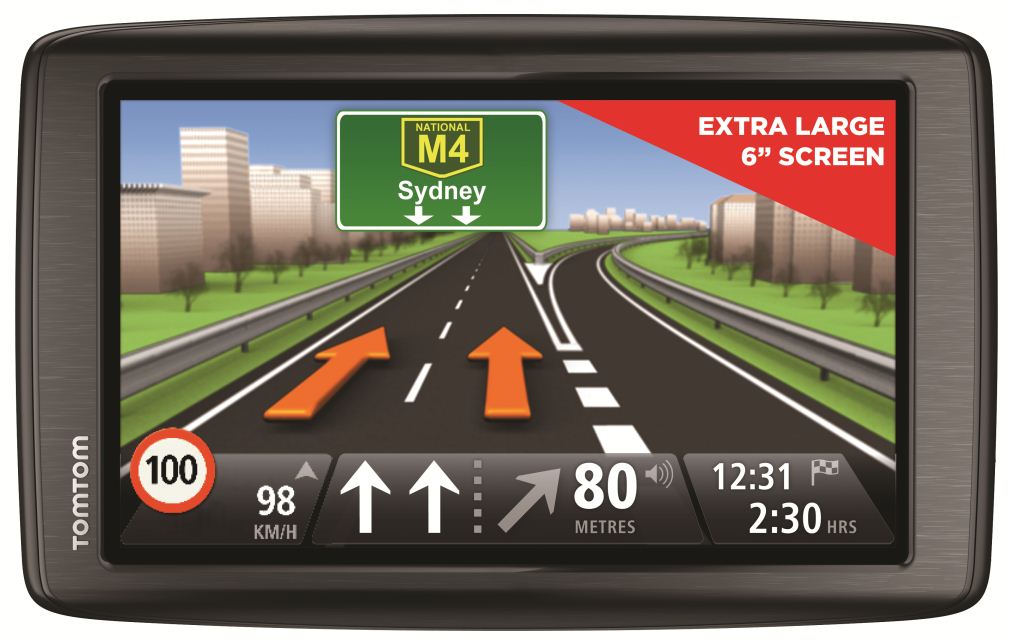 TomTom has released its latest GPS device – the Via 620 – which features a massive 6-inch touchscreen – the largest ever seen on a TomTom product.

The Via 620 has the highest resolution screen TomTom has produced which means bigger onscreen buttons and a clearer view of your map.

This makes entering information like addresses even easier while the wide screen’s clarity means all of the route information is even more visible.

TomTom’s Via 620 features a dual-mounting system so the device can be positioned safely either on the windscreen or the dashboard.

There are also free daily map updates for life which are based on TomTom’s map share community of more than 21 million users around the world so drivers are always aware of changes like new speed limits and blocked roads.

Among the new features onboard is split-screen lane guidance so, thanks to the larger screen, drivers can see their map as well as a picture indicating the correct lanes to be using.

There are still spoken street names to make upcoming turns even easier as well as improved IQ routes which uses real travel information shared by millions of TomTom users to calculate the fastest and shortest routes depending on the time of the day.

Also included is Parking Assist, which as its name suggests, helps you find parking close to your destination while Frequent Destinations allows drivers to save their most popular destinations and navigate to them with one touch.