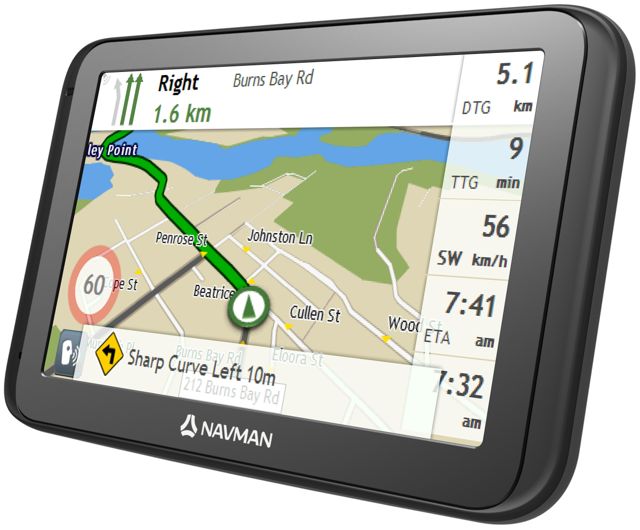 Navman has unveiled its latest GPS navigation devices – the MY Series and EZY Range – which offer intuitive new features but at affordable prices.

The standout feature of the MY Series is the Landmark Guidance Plus feature – and Australians will be the first drivers in the world to have it.

Both models in Navman’s MY Series have a new look grey and black design and a brushed metal chassis as well as a 5-inch display.

Landmark Guidance Plus offers an easier navigation tool and uses visual guides as well as street and distance information.

For example, the directions may include local landmarks, the colours or names of buildings and other points of interest to direct you.

And the directions also include everyday speech to make it easier for drivers to understand the instructions on the move.

Another area which has been improved with the MY Series is driver alerts which have now been expanded to include potentially hazards like sharp bends, steep inclines and narrowing roads.

There is also a driver fatigue alert if you’ve been driving for more than two hours along with voice destination entry to make it easier to enter addresses.

Navman’s new entry-level range offers a wide range of features but at an affordable price.

Also included with the EZY100T are live SUNA traffic updates. This can be added to the EZY200 model at additional cost.

Another feature onboard the EZY200 is Bluetooth so the device is not just a GPS device but also a hands-free car kit for your mobile as well.

Both products also have a version of Landmark Guidance with drivers given streets and directions and other instructions like “turn left at the church” or “turn right at the petrol station”.

There is also Tunnel Simulation so the driver’s GPS signal will appear to be uninterrupted while travelling through a tunnel.

Listen to episode 7 of the top-rating Tech Guide podcast