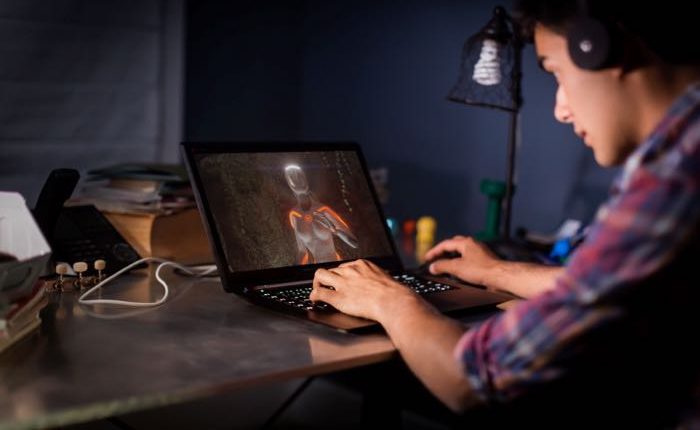 HP has entered the computer gaming market with a new laptop that offers the sort of high performance PC players crave and all housed in a sleek and compact unit.

The HP Omen is a Windows notebook PC that was designed to deliver on all the requirements for the competitive player including a powerful processor and slick graphics performance.

And the HP Omen delivers just that along with a high quality full high definition touch-enabled 15.6-inch screen.

For avid gamers, which stats have shown include men and women across a range of ages, the computer screen is still favoured by 40 per cent of players.

Under the hood is a blazingly fast Intel Core i7 quad core processor along with NVIDIA GeForce GTX 860M graphics processor.

Users can also opt for 256GB and 512GB SSDs which then takes that speed to up to nine times faster than the older style hard drive.

On the memory side, customers can also choose 8GB or 16GB RAM and graphics memory of 2GB or 4GB.

Processing power of this kind doesn’t have to be limited to gaming with video editors and graphic designers also able to plough through even the toughest tasks.

The design of the HP Omen has taken all of the needs of the gamer and high-end user into account.

With high performance the biggest issue for a computer is heat which is why the HP Omen was engineered to manage thermals.

With a wedge shape exposing more of the sides of the device to the outside air, the HP Omen has dual fans that draw air into the system.

There are also rubber feet on the bottom of the laptop that were designed to channel cool air into the fan inlets so that hot air doesn’t circulate back into the device.

The ports have also been placed along the back edge of the device to keep them out of the way of escaping hot exhaust air.

And despite all of these design requirements the HP Omen still manages to be just 19.9mm thick with a weight of 2.28kg.

And to get the most out of the experience and give themselves the best chance in the match, players expect a lot from their computer to maintain their edge.

Anything that can help a player focus and organise their keyboard is welcomed with open arms.

With that in mind HP provides the option of colour coding different segments of the keyboard to whatever colours you want along with a row of function keys along the left.

Soundwise, the HP Omen also delivers with Beats Audio speakers running the entire length of the left and right side of the keyboard.