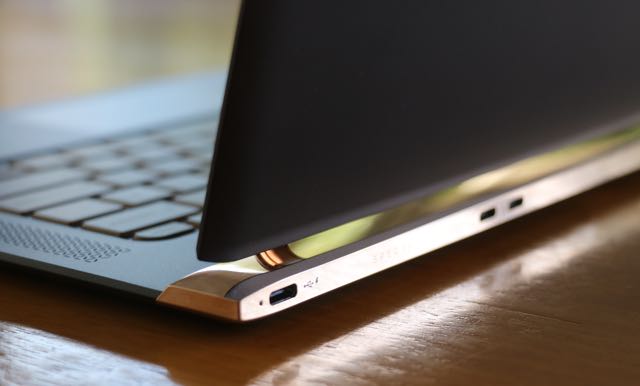 As the world’s thinnest laptop, the HP Spectre 13.3 has really nailed it in the looks department and the good news is it has also got it where it counts under the hood as well.

The screen is covered edge to edge in Gorilla Glass which makes it even more durable and scratch resistant.

Apart from its svelte dimensions, the HP Spectre 13.3 also has impressive two-tone styling and craftsmanship to give it a premium look and feel. 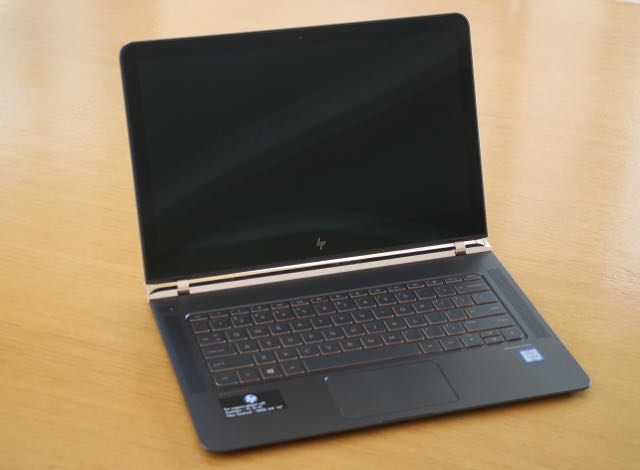 The lid has hidden metal piston hinge so it actually looks hingeless and helps retain the thin appearance.

The back of that hinge also offers the laptop’s connectivity – three USB-C ports – two of which that can support Thunderbolt 3 for a super-fast connection.

But the slender dimensions of this laptop have to be seen to be believed. It is actually thinner than a AAA battery. 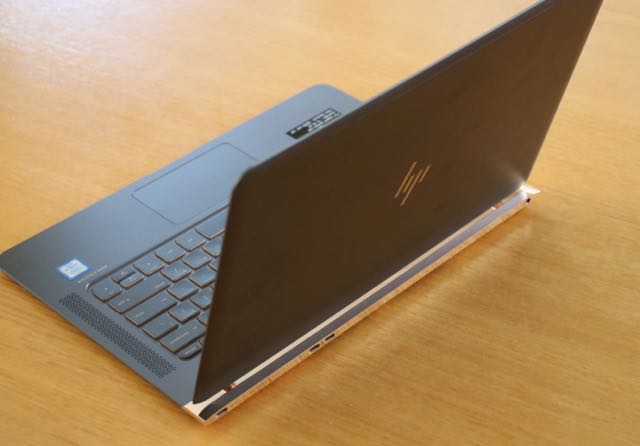 We’ve seen plenty of devices that are engineered to be thin and light but more often than not it also means there are a lot of compromises to be made.

For a start it has an Intel Core i7 processor (you can also opt for an i5 processor) with 8GB RAM as standard. 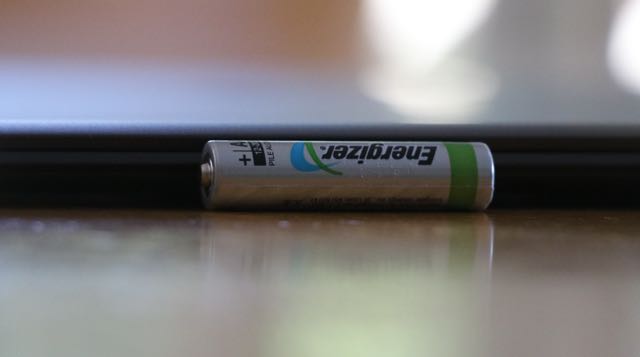 On the storage side you can also have up to 512GB SSD (solid state drive).

Performance-wise, the HP Spectre 13.3 powers through intensive tasks like photo and video editing. Even things like rendering and 3D animation won’t trouble the device.

Now with that sort of power you can also expect a fair amount of heat to be generated which is harder to deal with such a thin housing.

HP has addressed this issue with hyperbaric cooling which both pushes hot air out and also sucks cool air in through the vent on the underside of the hinge.

The result is a cool computer. We hardly felt any heat despite running it for most of the day.

Working on the device was a pleasure. The keyboard was responsive with large keys that had plenty of travel in them so they actually feel like they’re being pressed.

One thing we thought could have been better was the trackpad. It was a bit smaller than we would have liked. We ended up using a Bluetooth mouse to make it easier. 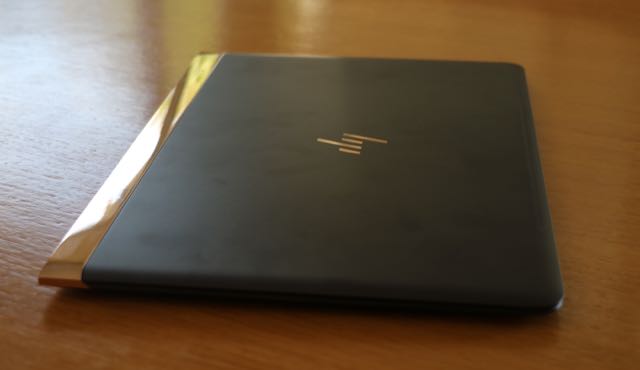 Another big feature of the HP Spectre 13.3 is the speaker system which are tuned by Bang & Olufsen.

The result was a pleasing sound that didn’t sound any better or worse than the speakers on a MacBook or other thin laptop.

And the volume level was a bit weak as well. The top volume wasn’t loud enough for us. 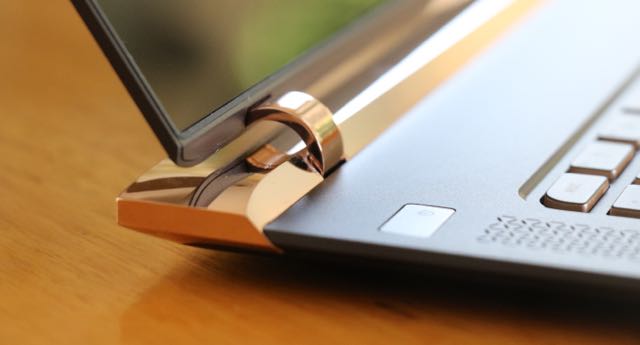 One thing people expect from an incredibly thin laptop is that battery life has been compromised to keep the supermodel-thin looks.

The HP Spectre 13.3 has four prismatic battery cells that are placed in different areas of the computer where space allows.

In our testing we had more than eight and a half hours of use – watching videos, wi-fi and Bluetooth on, browsing, checking emails and editing images.

The HP Spectre 13.3 is the world’s thinnest laptop but the pleasant surprise for users is that it’s not all about beauty.

Just because it’s thin doesn’t mean it isn’t powerful and the device delivers the brawn to go with the looks.