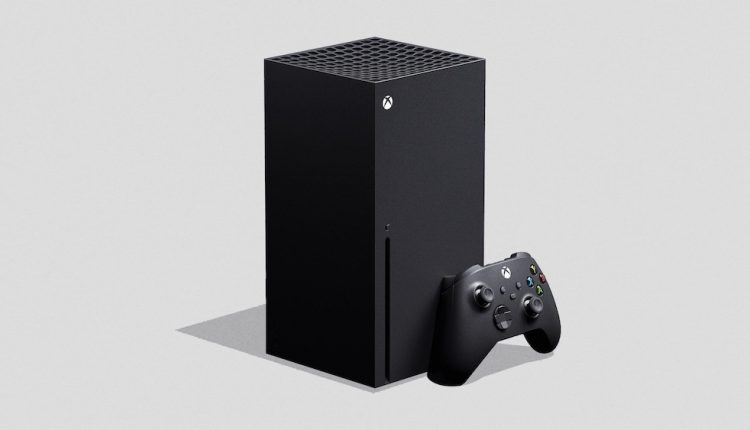 The Xbox Series X is a huge step in the right direction that will become even more valuable as more developers take advantage of its extraordinary specs. There could have been more games at launch but your patience will be truly rewarded.

It’s a monolith. It’s a block, It’s a big rectangle. It’s big. It’s beautiful. It’s ugly. It’s boring. It’s brilliant, Call the Xbox Series X what you want – but what you can’t argue with is that it is seriously powerful and a huge improvement across the board.

The less is more design has already seen a love it or hate it reaction.

For us, we quite like the simplicity and understated look and feel. This isn’t something you wear or carry out in public.

Quite frankly we think a lot of other gamers probably thought the same way. It’s not going to win any beauty contests but it would win an arm wrestle.

But ironically the PlayStation 5 is the complete opposite.

It’s flamboyant and with literal flare and looks like it was designed by Elton John after a big night out. And that’s a good thing But that’s another review altogether.

The Xbox Series  is here and now.

The unit, when on its side, can barely fit inside an entertainment unit. Ours just scraped in – but that was fine.

If you have the room, you can display the Xbox Series X upright – which is what we also did.

And even when the console is on – there is just one light shining out of one corner – the Xbox logo.

The controller was also pretty much the same as the previous Xbox controller just a little thinner. 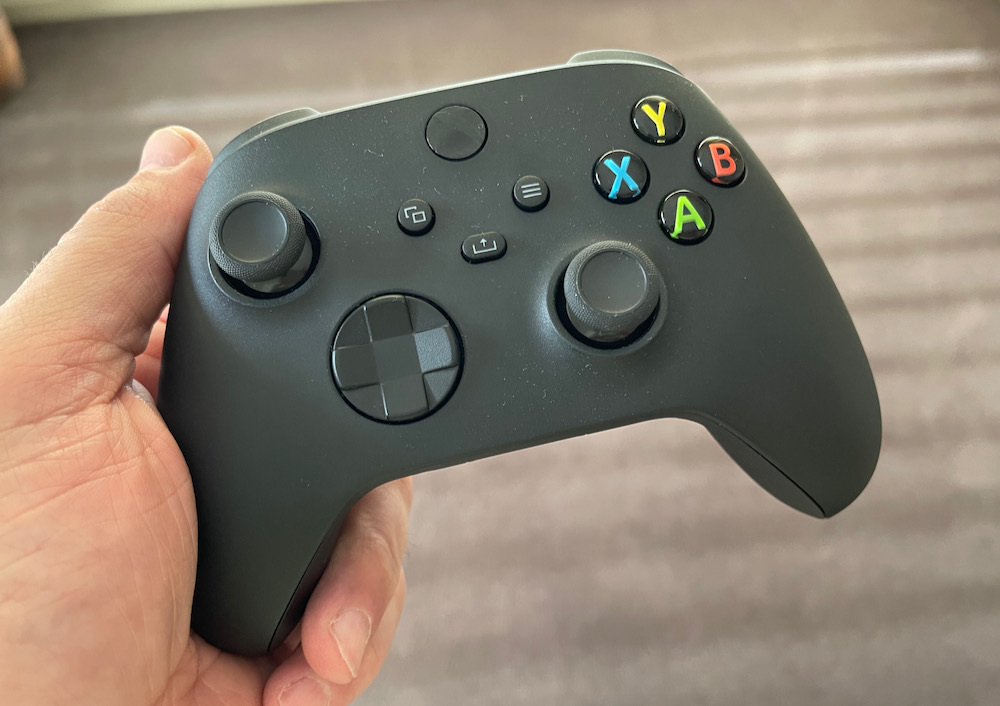 What we did like were the textured grips to make it grippier during long play sessions.

It has a nice weight to it but it still feel quite plasticky. 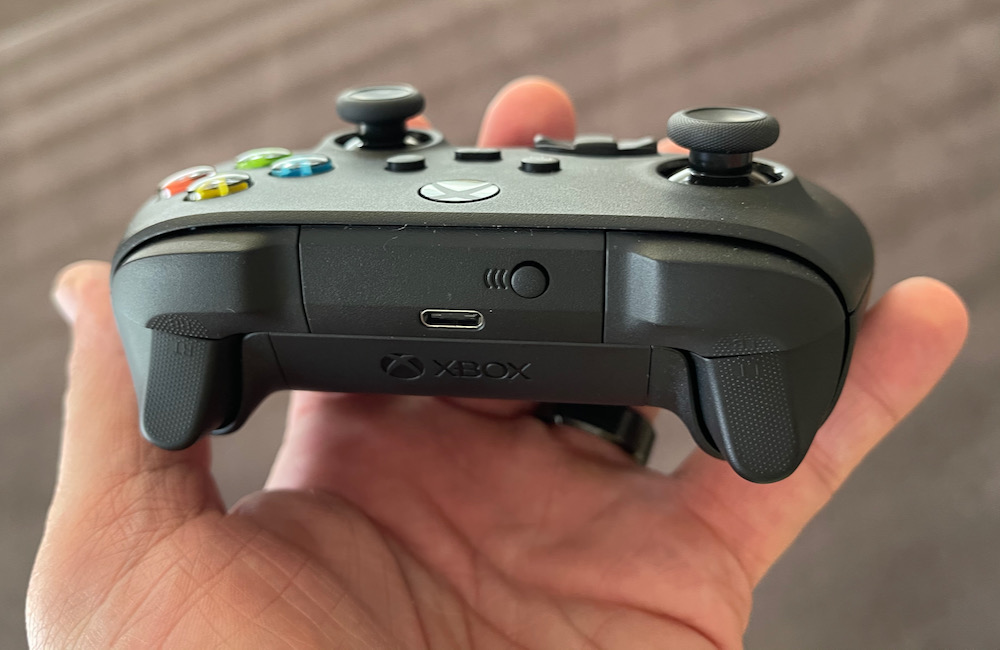 But there is something else new – the user interface has had a makeover and is a bit easier to navigate.

You can still the see Microsoft and Windows DNA that’s evident with lots of squares and familiar clusters of menus and options but generally it was an improvement.

Creating a passcode was interesting with the buttons on the controller corresponding with different numbers – and it didn’t show the numbers as you chose your six digit code.

We’ll have to rely on muscle memory and make sure we hit the right combination of buttons, bumpers and directional keys. 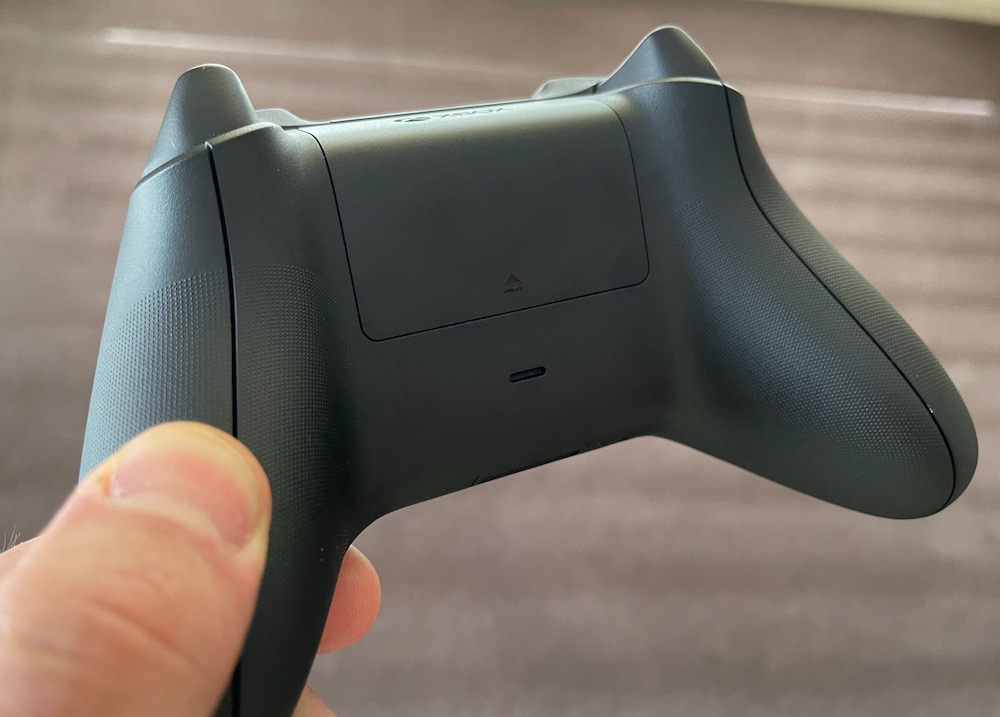 But what we enjoyed reading were the specs for the Xbox Series X. Now that’s impressive.

There’s also support for Dolby Atmos and Dolby Vision – so it sounds as good as it looks.

What’s also interesting it the fact it can handle 120Hz refresh rates. 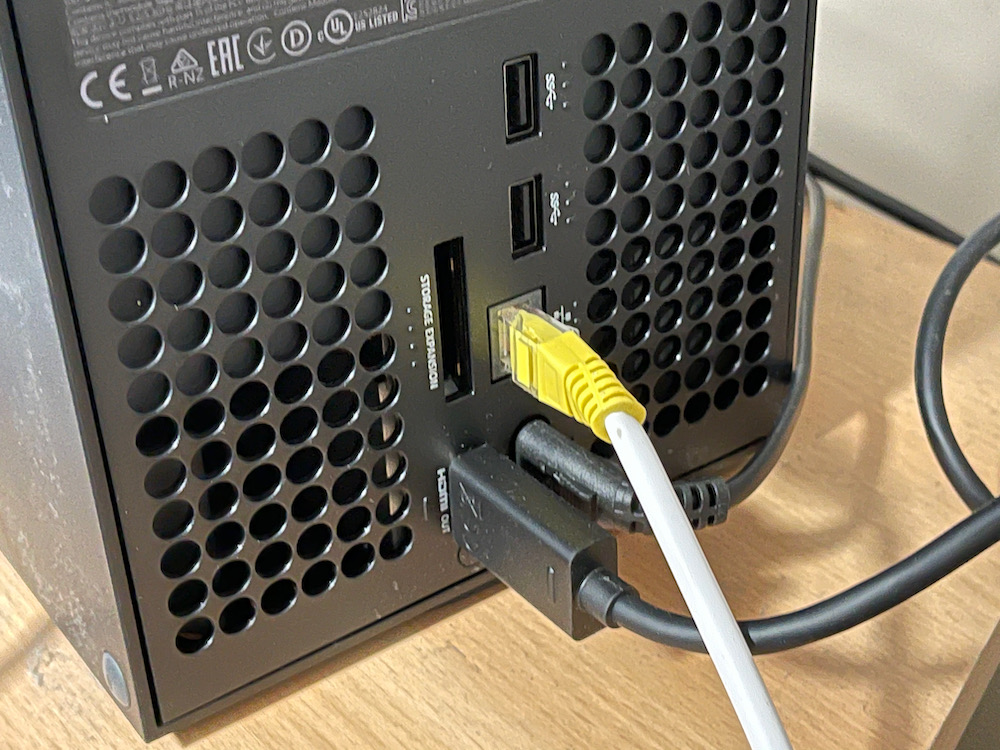 The higher the refresh rate the more smooth and life like the images are.

Yes you can play your games in 4K but the added refresh rate from 60Hz to 120Hz is like the cherry on top – it makes it so much better.

This, of course, depends on the 4K TV you own. If it supports 120Hz, like the latest LG OLEDs and Samsung QLEDS, then you’re going to have an even greater experience.

As luck would have it, we had both of those TVs and we used them for our testing. 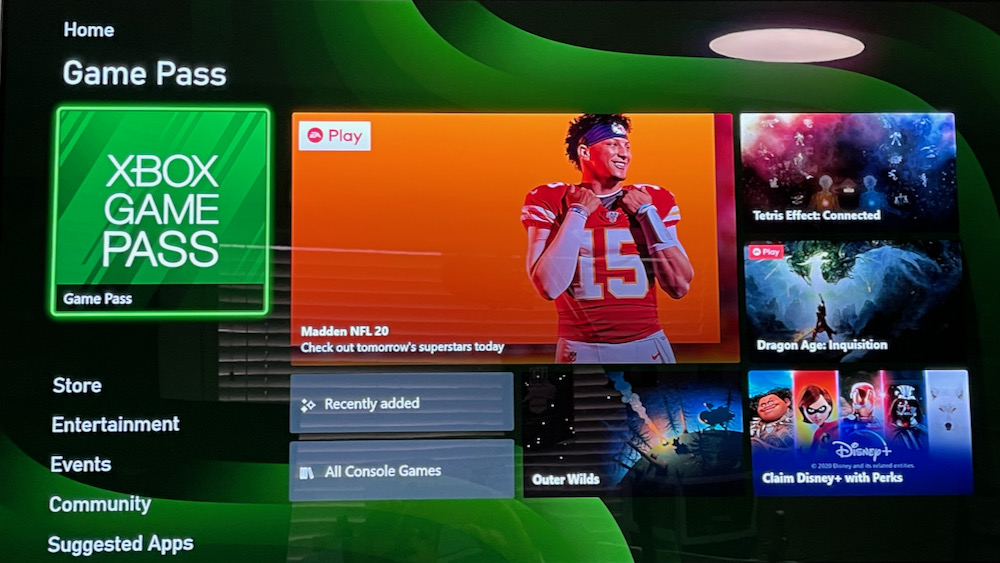 Games like Alien Isolation and Assassin’s Creed Valhalla looked incredible with such remarkable details down to the sheen of sweat on a character’s skin or the reflection of light off someone’s eyes.

These minute details are testament to the added detail and the sheer processing power that can put them there.

There are 30 games that have been optimised for Xbox Series X, so far.

These include DIRT 5, Forza Horizon 4, Maneater, Sea of Thieves, Watch Dog: Legions and Yakuza: Like a Dragon.

But this is a marathon not a sprint. 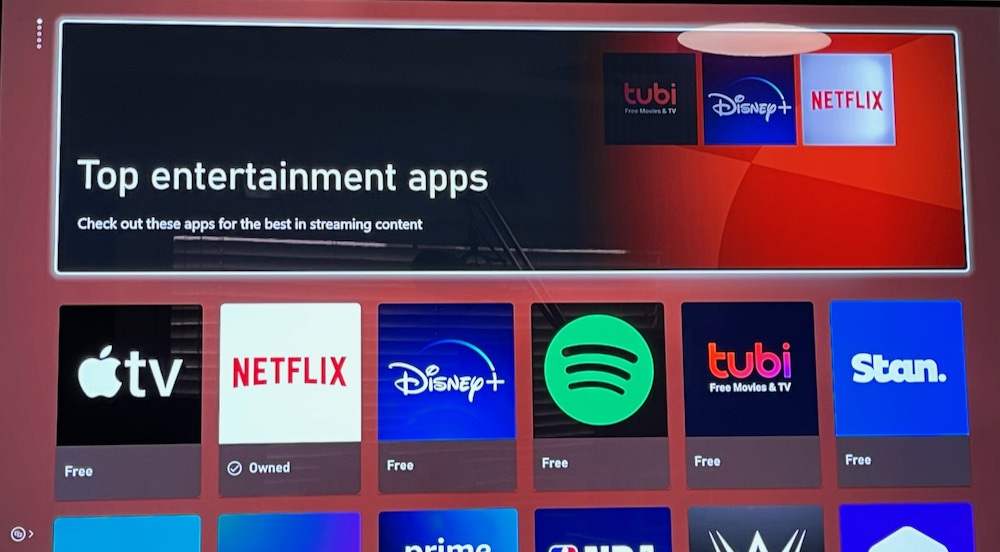 The Xbox Series X will be here for years to come.

Microsoft built it – and they will come.

Of course there will also be the marquee games like Call of Duty that will also supports Xbox Series including the very latest title – Call of Duty Black Ops Cold War.

One of the best features of the Xbox Series X – apart from the specs and stunning performance – is the Xbox Game Pass which is like Netflix for games.

As a matter of fact you can also watch Netflix through the Xbox Series X as well as other streaming services so it becomes an all-round entertainment package. And there’s also Apple TV, Disney+ and Stan. 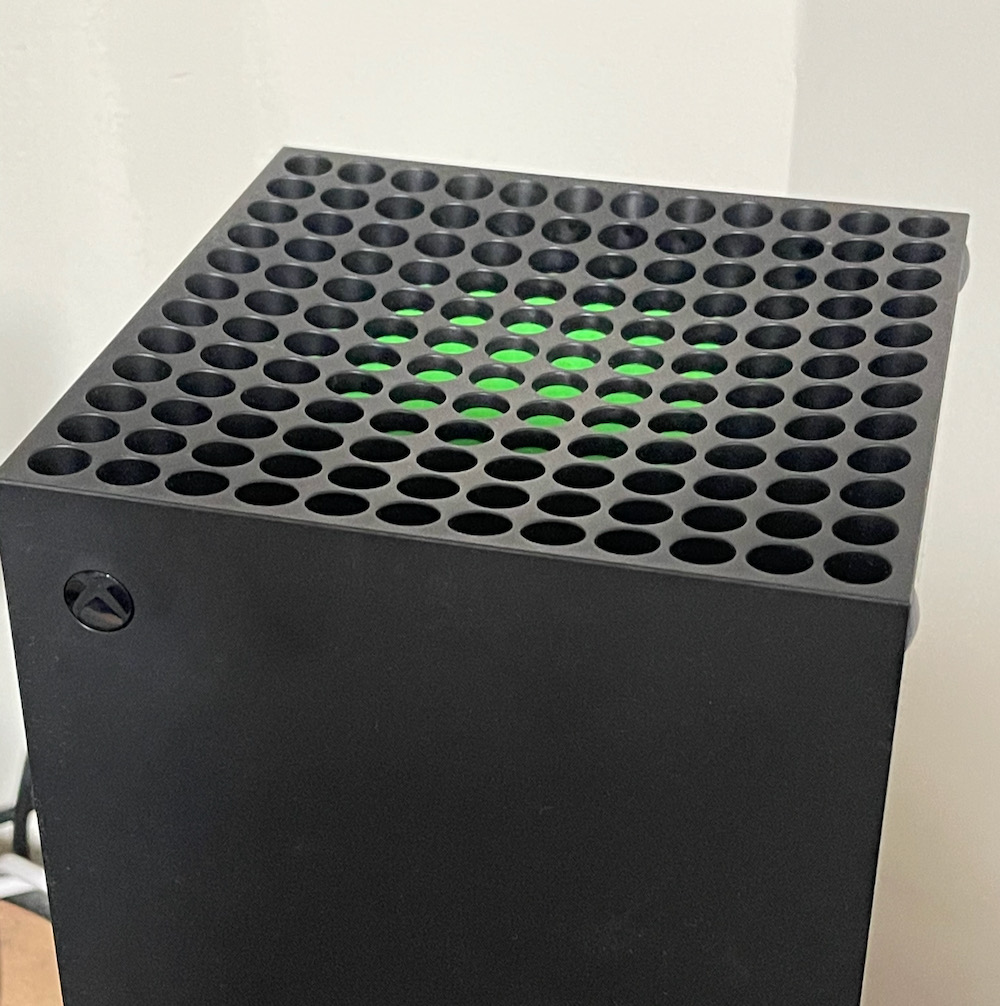 But back to Xbox Game Pass – $15.95 a month for Game Pass Ultimate – gives players access to the latest Xbox games and many old favourites.

If you sign up you don’t have to buy games individually for up to $100 a pop – you can access them through Xbox Game Pass when they drop. Shut up and take my money!

The Xbox Series X is available now for $749.

The Xbox Series X is a huge step in the right direction that will become even more valuable as more developers take advantage of its extraordinary specs. There could have been more games at launch but your patience will be truly rewarded.