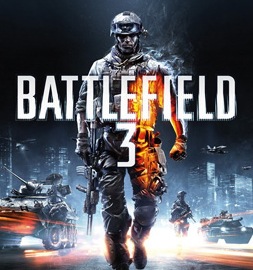 Battlefield 3 has been one of the most eagerly-awaited titles of the year and the good news is the wait was worth it.

The game, which usually draws comparisons with Call of Duty, blazes its own path with gritty realism, excellent graphics and an amazing online experience.

Right from the opening scene, players will know they’ll be in for a thrill ride that takes them to a variety of battles and skirmishes in wide and varied locations.

But it’s the online play that will be the main attraction for players and here the game delivers big time.

The campaign is solid but nothing we haven’t seen before. There are some truly thrilling moments and cut scenes but lots of dead spots and monotonous gunfights in dark corridors.

Players realise right after the opening action scene, the story is being told in flashback when they find Sergeant Blackburn being grilled by his superiors about any information he may have on a terrorist plot which is believed to be planned for Manhattan.

Right away we felt a sense of déjà vu – Call of Duty: Black Ops uses the same method – officer interrogation which leads to the story being told in flashback.

The game opens on a New York subway train with Blackburn, a disgraced soldier, fighting his way to the first carriage that has been taken over by terrorists.

The next time we see Blackburn he is fighting alongside his squad in the Middle East along the Iraq/Iran border.

But it’s not just bullets and grenades he has to dodge from the People’s Liberation and Resistance (PLR)  – there’s also a full-blown earthquake which buries our hero in rubble in the first third of the game.

The tremors heard and felt during Blackburn’s early skirmishes with the squad were the precursor to the big one that levels the city and leaves, for a time, every man for himself. At least for the men who survive the carnage, that is.

Blackburn must fight his way back to his squad through the wreckage of the city.

Occasionally there are some moments where Blackburn has to engage in some hand-to-hand combat and players have to hit the buttons that flash on the screen to win the skirmish. Not exactly ground breaking.

But let’s face it – most of the people who will be buying Battlefield 3 will be to play it online. Multiplayer mode is a winner – larger maps, up to 24 players in the game and your choice your player category – support, engineer, assault and recon.

Here players must work as a team – a factor which draws this type of player away from Call of Duty.

Battlefield 3 online encourages teamwork and rewards players for helping out teammates, resupplying a sniper with ammo and fixing a a tank so it can get moving again. It’s not just all about racking up lots of kills and fewer deaths.

Maps are huge and varied so you can enjoy close combat and tactical battles.

Gameplay has a precision to it that will appeal to hardcore gamers from the weapons and ammo to they way they feel to aim and fire.

And while Battlefield 3 looks incredible in both campaign and multiplayer it also sounds excellent as well.

Anyone who plays Battlefield 3 on TV or a projector connected to a surround sound system will have an even more rewarding and immersive experience an aggressive surround track that will work all the speakers in your set-up especially your subwoofer.

Battlefield 3’s campaign is saved by a few good action scenes but it’s fairly pedestrian. There are some plot twists but, strangely, this is exactly what players were expecting so it’s not quite as dramatic. Russians, terrorists plots, a race against the clock – nothing we haven’t seen before.

But thankfully multiplayer mode is what saves the day and makes Battlefield 3 still worth investing in.

While the campaign runs at about seven to eight hours – the multiplayer just keeps on giving as long as your up for an intense online battle.