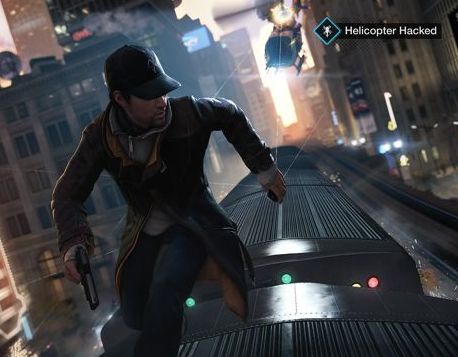 Watch_Dogs – the new game from Ubisoft where players assume the role of a hacker seeking justice in Chicago – is available today across all platforms.

The main character Aiden Pierce can manipulate the city’s Central Operating System to suit his needs while he tries to exact his revenge after a tragedy violently rocked his family.

“Watch_Dogs has made a huge effort – it took them five years to make the game – and they spent a lot of time trying to understand what is credible and what is happening in the industry,” he told Tech Guide.

“In the game you see a lot of hacking of the cellphone networks and hacking into cars, traffic lights and CCTV camera and all of this is based on actual research that my peers and I conducted.

“What’s borderline in the game is that you can hack into anything in two seconds.

Brossard acts as a security consultant for companies that wish to test the security of their products and networks.

“The only way we can make networks and computer programs secure is to try to attack them,” he said.

“It’s impossible to build something secure from scratch. We have to try to break it and better it over time.”

The French-born online security expert says the cat and mouse game between security teams and hackers is never going to go away.

“It all comes down to hard core science. Computer hacking is engineering – it’s sexy engineering – but it’s still a science,” he said.

“It turns out that building a secure system. We’re not going to get there anytime soon.

“Because of the way programming language develops we cannot prove that a program is correct.

“Hardware is even more complicated – we cannot prove that hardware is working properly either.”

Brossard says our in-direct contact with the internet could possibly have alarming consequences in the future.

“We’re moving towards an economy where automation and computers play a role,” he said.

“When you make an online payment the thing is going to go through the internet – you don’t see it but that’s indirect exposure to the internet.

“This digital footprint – that’s what concerns me most because we have very little understanding of this indirect contact. It’s very hard to protect ourselves.”

Watch_Dogs is an open world game that allows players to explore the many layers of Chicago.

It incorporates a new gaming engine that takes advantage of the latest consoles’ advanced processing power to deliver an immersive experience.