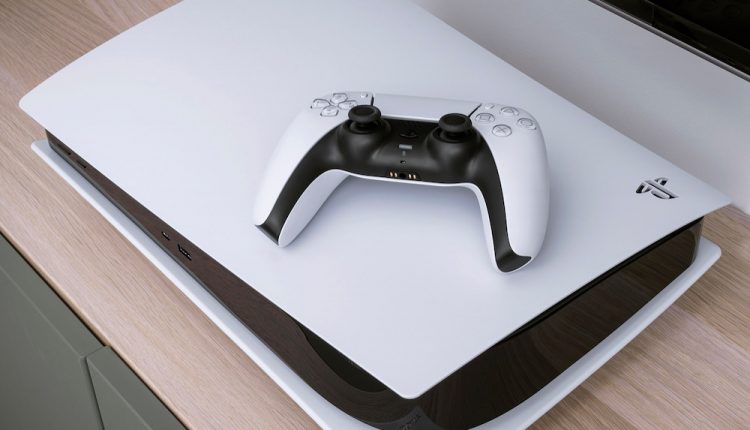 The PlayStation 5 has set a new benchmark with remarkable hardware and power to provide a gaming experience that has never looked or performed better.

It’s finally here. The PlayStation 5 went on sale this week and is set to propel gaming to an all-new altitude thanks to the incredible improvements under the hood.

The PS5 has one of the most flamboyant designs we’ve ever seen on a product but we’re happy to report the beauty goes far beyond skin deep.

Under the hood the PlayStation 5 has some remarkable specs Including the X86 AMD Ryzen eight-core 16 thread processor, 16GB RAM and the 825GB SSD solid state drive.

The unit itself is a lot bigger than its predecessor, the PlayStation 4, with a unique shape and design.

The PlayStation 5 only just fit into our equipment rack which needed to be adjusted to handle the bulkier size and shape and.

Included with the PS5 is a small stand that is required if the user wants to stand the console in the upright position.

That same stand also needs to be used to stabilise the PS five even when it’s laid on its side to fit inside your entertainment unit.

A closer inspection of the console reveals remarkable attention to detail and a very interesting texture which is made up of millions of circles, crosses, squares and triangles which make up the PlayStation symbols. 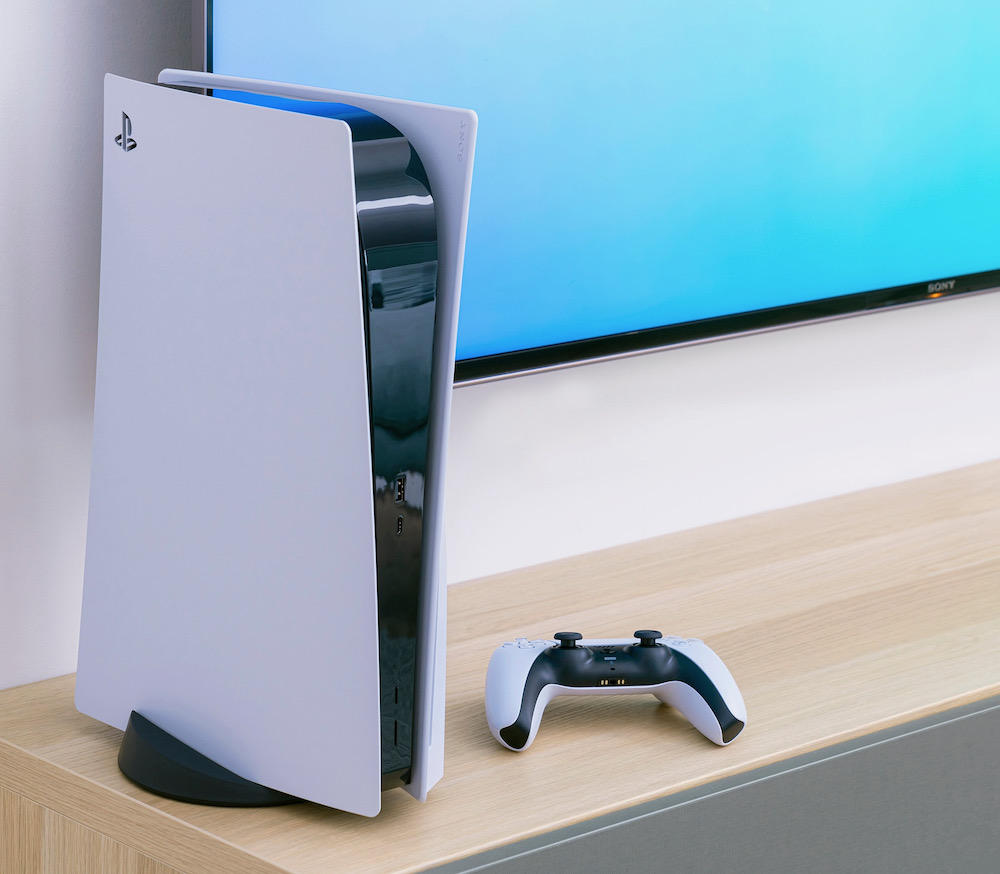 These can also be found on the controller as well and helps add even greater grip.

The onboard optical drive can handle 4K UHD discs and is also backwards compatible to play Blu-ray and DVD.

Speaking of backwards compatibility, users can also hold on to their PS4 game library and play them on the PlayStation 5 as well.

In terms of connectivity, the PS5 also supports Wi-Fi 6 – the faster wireless standard that’s used by the latest routers and mesh wi-fi systems. 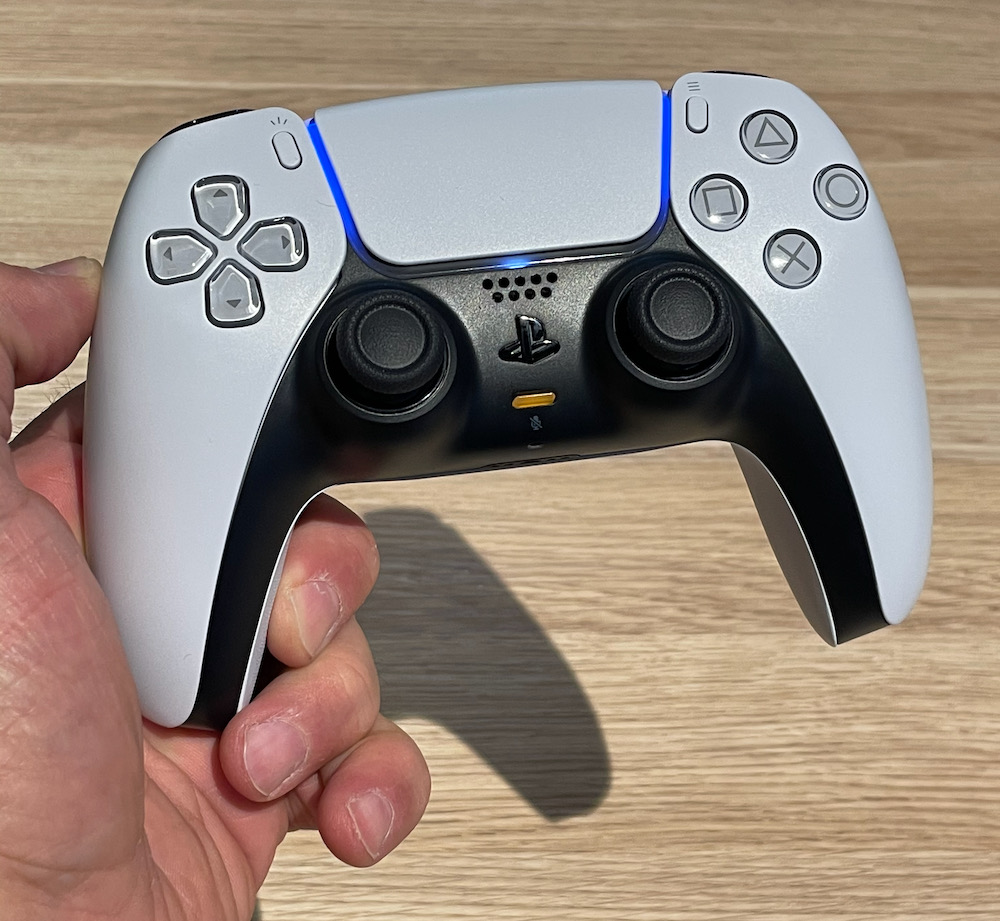 Another huge change can be seen with the new dual sense controller which is noticeably weightier then the previous PS4 controller.

The stick and button layout are basically the same with the new adaptive triggers able to be utilised in different ways depending on the game you’re playing.

The triggers can be used like normal in a first person shooter but then act in a totally different way in another game where the trigger action can go to another level.

For example, in the Astro’s Playroom game (which is pre-loaded on the PS5) the adaptive trigger allowed us to unlock a turbo boost function once it got past a certain point.

You can expect game developers to unleash their imagination to utilise this feature in future games.

But what really steals the show is the haptic feedback through the controller.

Before, with the PS4 controller, it was basically a one size fits all vibration but now there are several layers and subtleties to give the player more detailed feedback than ever before.

The PlayStation 5 DualSense controller also has a microphone on board so you can be talking to your friends online without having to wear a headset. 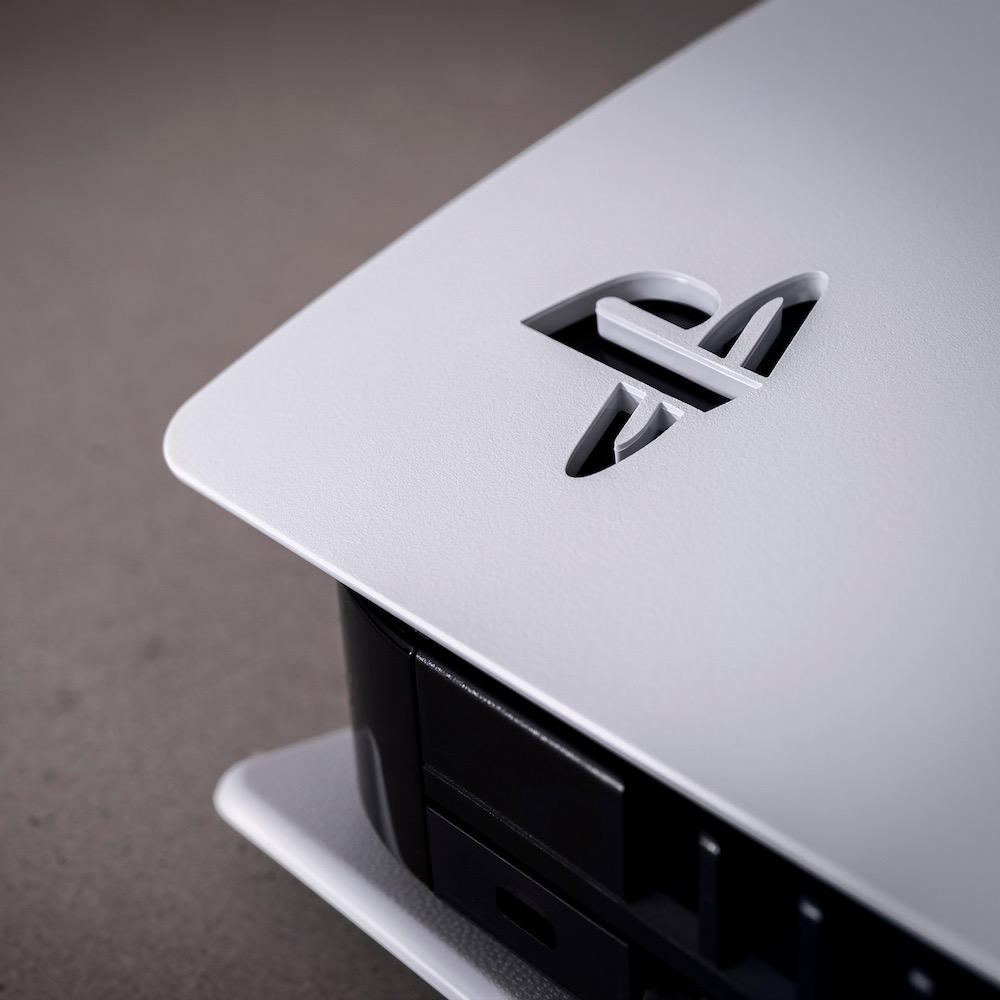 The controller can also be used to control movement thanks to the six-axis motion sensing system on board.

Users will be able to rotate items in the game just by rotating the controller in their hand.

We noticed a huge improvement in battery life with the new DualSense controller which offered up to 12 hours of use on a single charge.

That will be gratefully accepted by those players who don’t want to stop the game to charge their controller. 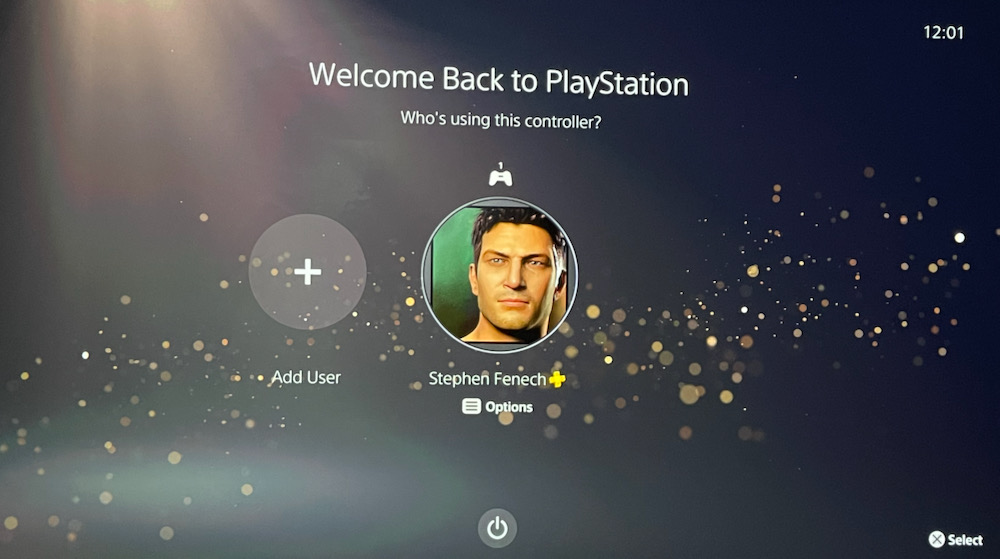 When you turn on the PlayStation 5 you will notice a redesigned user interface that has been simplified to make navigating the menus even easier.

The menu system is separated into two sections – Games and Media.

Doing this reduces the on-screen clutter and makes it easier for the user to get to the game or the content they want to enjoy. 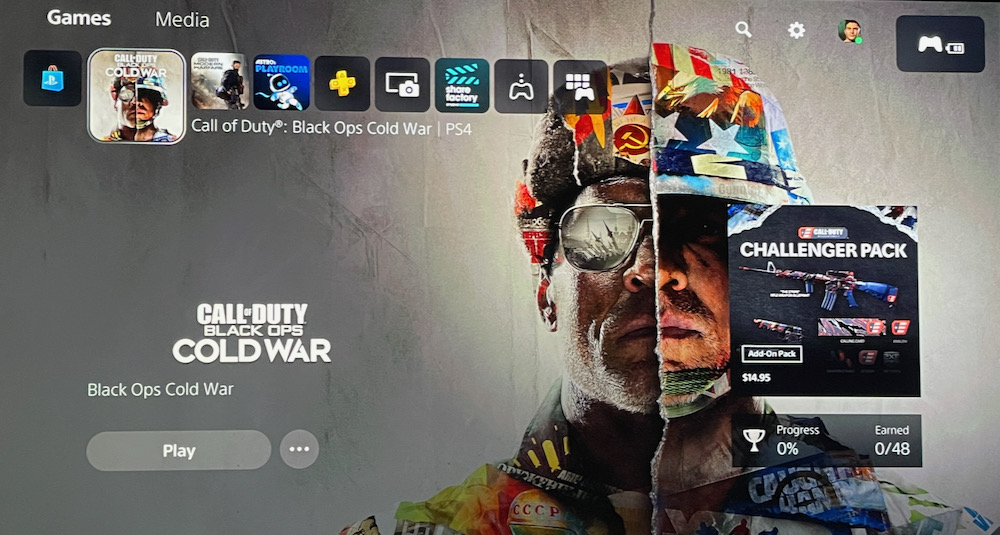 Naturally, the PlayStation Store is front and centre in the game section as are all the installed titles.

On the media side users are able to instal all the popular streaming services including Netflix, Apple TV and Disney+.

The minute you start playing games on the PlayStation 5 you are hit between the eyes with the incredible improvement in graphics and detail. 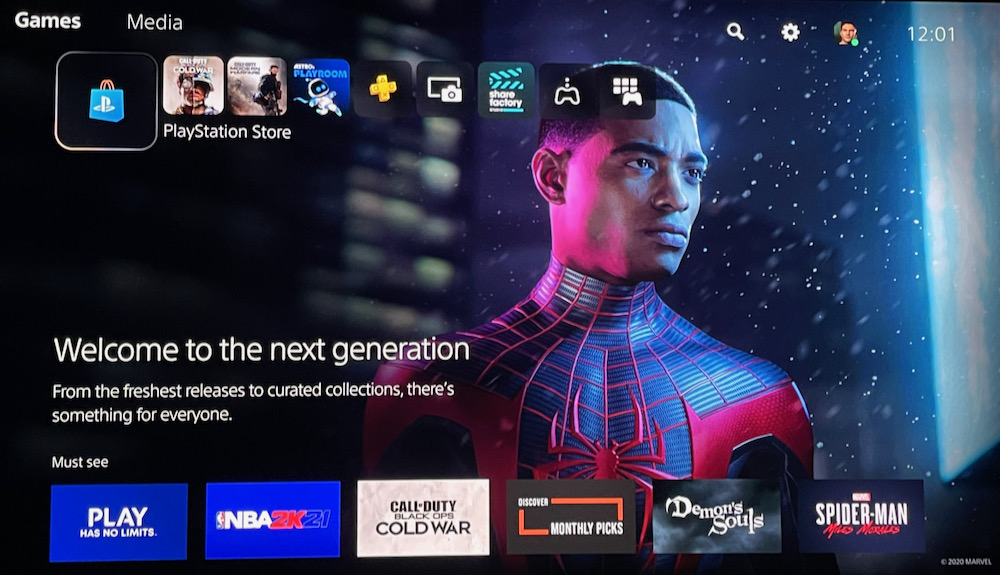 The PlayStation 5 offers a 120Hz refresh rate and, on compatible TVs like LG OLEDs and Samsung QLED TVs and other recently released smart TVs, you’ll be rewarded with even more frames and detail and smoothness.

If you needed any more convincing of investing in a new 4K TV then this will surely be it.

Playing the latest game Call of Duty Black Ops Cold War, we noticed so many new textures and remarkable detail from the sheen of reflection of a character’s skin to the way light falls and plays on an object. 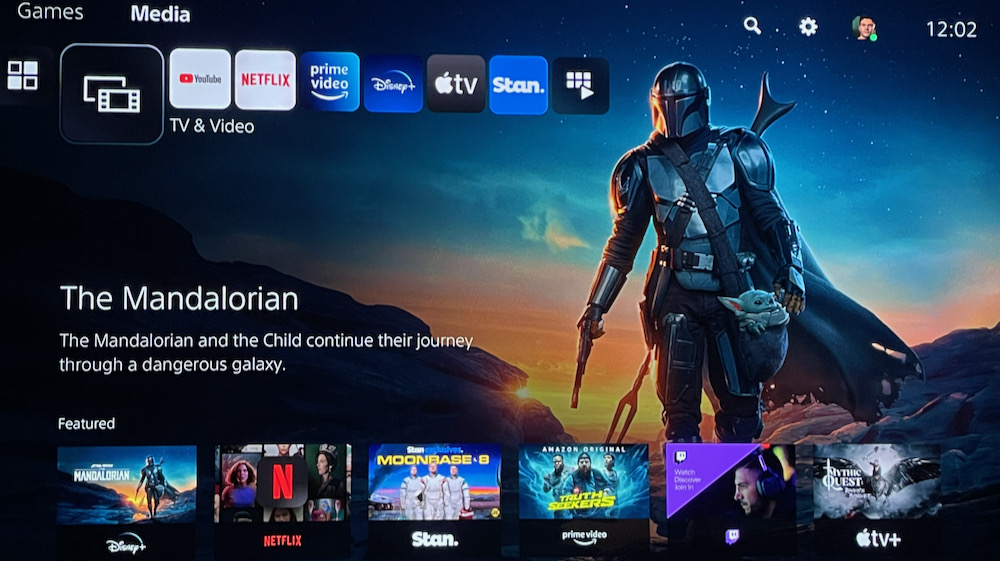 We’ve never seen realism like this before in a game.

There is a decent selection of exclusive PlayStation 5 launch day games with numerous third party titles also on the way.

The PlayStation 5 is priced at $749 and is available now – if you can find one. 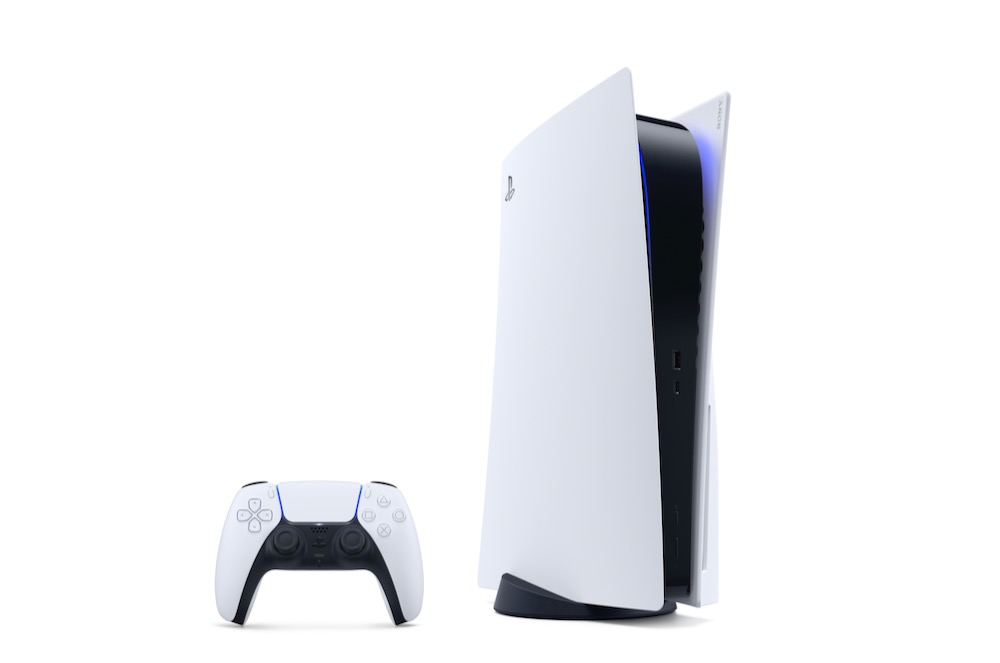 We’re hearing there will be more stock arriving in Australia in mid-December so keep an eye on your favourite retailer to secure your unit.

The PlayStation 5 has set a new benchmark with remarkable hardware and power to provide a gaming experience that has never looked or performed better.