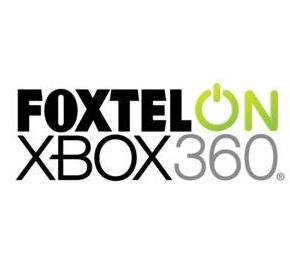 Three new channels have been added to Foxtel’s internet service which can be accessed through the Xbox 360 – Cartoon Network, ESPN2 and Footy Play.

Cartoon Network will be part of the Get Started package while ESPN2 will be added to the Sports Package at no additional cost.

From tomorrow (Feb 17) there will also be Footy Play – powered by Fox Sports – which will be a dedicated AFL channel.

Foxtel on Xbox 360 is a package of more than 30 channels which are live streamed through Microsoft’s popular console along with six Bigpond TV channels.

The service also includes Catch Up TV and access to hundreds of latest release and library films and TV episodes.

Subscribers to Footy Play – available for an additional $20 per month on top of the monthly $49.50 Sports Pack – will be able to watch eight games live per round of the 2012 Toyota AFL premiership season. A ninth game is also broadcast on delay.

Five of these games every round will be broadcast ad free siren to siren with 25 pre-season NAB Cup games also live with no ad breaks.

Apart from the actual matches, Footy Play subscibers will also be able to view magazine AFL programs like After the Bounce, AFL 360, On The Couch, AFL Insider, League Teams, EMT Eddie McGuire Tonight and Open Mike.

“Foxtel on Xbox 360 provides an alternative way of receiving and enjoying Foxtel over the internet, offering a wide variety of channels, Catch Up and On Demand content under flexible agreements,” said Foxtel executive director of production Jim Rudder.

“We’ve listened to feedback from our Foxtel on Xbox 360 subscribers about the service and we’re responding to the demand for more sport content and channels, and more premium entertainment brands.

“The landmark Foxtel and AFL deal means we’re able to launch a dedicated AFL channel produced by Fox Sports on not only our set-top-unit service, but also on our IP TV services including Foxtel on Xbox 360. Footy Play will provide AFL fans with unprecedented LIVE coverage, never before available on IPTV in Australia – Foxtel is once again creating television history.”

Foxtel gets serious about HD with channel switch

Foxtel will be available on Telstra’s T-Box