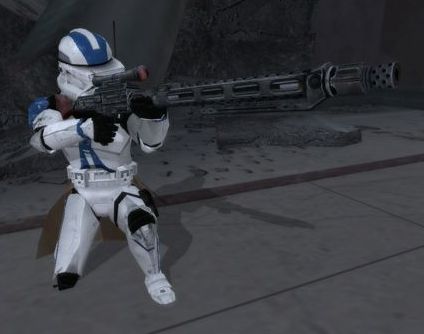 Exciting new computer gaming titles have been announced at the Electronics Entertainment Expo (E3) which has just kicked off in Los Angeles.

E3 – the world’s largest gathering of the computer gaming community has kicked off with major players Sony, Microsoft, EA Games and Ubisoft outlining their major announcements at separate press events.

With Sony’s PlayStation 4 and Microsoft’s Xbox One already in market, the focus of the press conferences was almost exclusively on the upcoming games.

For Sony the centre of attention was obviously on new titles for the PS4 and older popular titles also coming to the new platform.

Popular PlayStation exclusive action adventure game Uncharted 4: A Thief’s end was one of the big reveals and will be released in 2015.

Also on the list was another exclusive PlayStation title update – LittleBigPlanet 3 which will focus on co-op games play in the first console version of the game for four years.

In LittleBigPlanet 3 players will have the choice of playing other new characters for the first time along with old favourite SackBoy.

Previous major PS3 releases like Grand Theft Auto and The Last of Us will be released in PlayStation 4 versions.

The trailer for new title The Order: 1886 was also shown for the first time. The Victorian era shooter game will have players fighting all types of enemies and will allow them to play as zombies and werewolves.

On the hardware side, Sony mentioned its virtual reality headset – codenamed Morpheus – would be demonstrated on the E3 show floor when the show proper kicks off.

The Microsoft E3 press conference was focused purely on games and front and centre was an all-new Halo game – Halo 5: Guardians as well as a collection of the four other games repackaged in The Master Chief Collection.

Xbox One – which is always the first to receive new Call Of Duty downloadable content – so Microsoft naturally focussed on the upcoming Call of Duty: Advanced Warfare starring Kevin Spacey.

Other new titles included an open-world racer Forza Horizon 2, tactical combat shooter game Tom Clancy’s The Division as well as the first look at Rise of the Tomb Raider – the latest chapter in the popular adventure series with the instantly recognisable heroine.

Fans of fantasy games were pleased to see the Xbox-exclusive action game Scalebound which has one of the main elements players of this genre love – dragons.

Ubisoft kicked off its press conference with a popular franchise in its portfolio – Far Cry 4.

Attendees were treated to the opening scenes of the game which takes place on a Tibetan mountainside.

The exciting life-like scenes showed the main character on a bus entering the fictional Himilayan country of Kyrat before he comes under attack. And that was just the first five minutes of the game.

The latest version of another Ubisoft tentpole – Assassin’s Creed – was also unveiled. Assassin’s Creed Unity will be set during the period of the French revolution and will have a new co-op mode where two players can team up and complete missions.

Star Wars fans will rejoice with news that Star Wars Battlefront 3 is part of the EA Games upcoming slate of games.

A teaser trailer showed some in-game footage of scenes set on the ice planet of Hoth and the forest moon of Endor.

FIFA 15 – one of the most popular games in the EA Games arsenal will also include new stadiums and have even more life-like action where players jerseys get dirtier throughout the game and pitches degrade and get muddier as the match progresses.

Battlefield Hardline is the latest title in the popular shooter franchise with more of a good guys v bad guys street battle rather than being set in a war zone.

iPhone and iPad hijackers detained by authorities in Russia