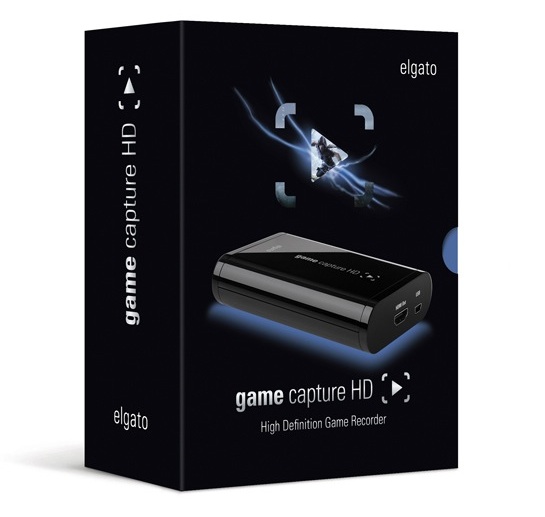 Elgato, the company known for creating TV tuners for Mac, PC, iPhone and iPad, has released a new device to make it easier for gamers to record and share their games.

Game Capture HD is a small device, slightly smaller than a portable external hard drive, that can connect to your Mac and PC and link your Xbox 360 or PlayStation to your computer.

The product has a built in H.264 encoder and comes with powerful software that than allows users to record, edit and share their gameplay high definition videos.

There is a surprising amount of video uploaded to YouTube each day showing recordings of a player’s on-screen exploits.

One YouTube channel showing gameplay content is Machinima which, in April 2012 alone, had more than 1.61 billion online viewers.

Just to put that into perspective, it would take popular US network CBS six years to achieve to match this number of viewers.

Elgato saw these numbers as an opportunity to enter this popular video capture market with a system that doesn’t need a mess of cables and that was easy to set up.

The Elgato Game Capture HD ticks all of those boxes and connects directly to the Xbox 360 and PlayStation 3 with a single cable. It doesn’t even need a power cable.

And when it’s time to play, the user doesn’t even have to remember to hit the record button thanks to the Flashback Recording feature which can remember up to 15 minutes of gameplay.

The Elgato Game Capture HD comes with all of the hardware you need to record right out of the box including a USB cable, an HDMI cable and an AV In cable for the PS3.

The accompanying software can be downloaded from the Elgato website and will run on Mac and PC.

So if you’ve got some special gaming moves to show off – the Elgato Game Capture HD can make it easy to show it off to the world.

The Elgato Game Capture HD is available now and is priced at $279.95.