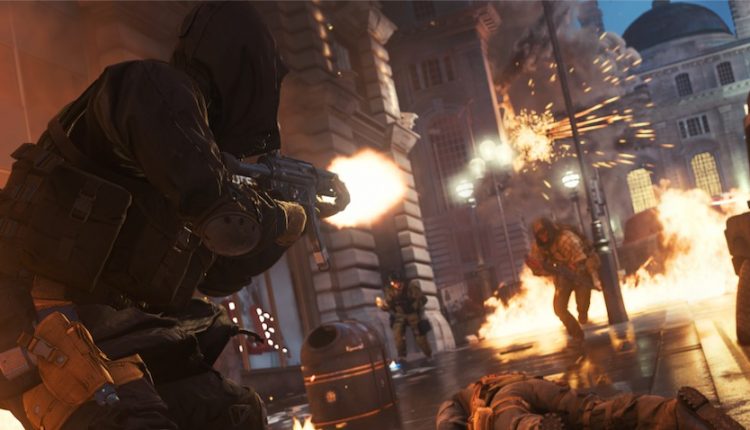 Call of Duty: Modern Warfare is a masterpiece in terms of design, gameplay, story and execution. The campaign is an absolute thrill ride and the multiplayer mode is also better than ever. If you're a fan of this franchise, or are new to first person shooters, this is the game for you.

It’s one of the biggest game franchises of all time – and it’s back. Call of Duty: Modern Warfare is a rebooting of the original 2007 game that sent the first person shooter into the stratosphere.

It might have the same name as the 2007 blockbuster but the new Call of Duty: Modern Warfare takes the brand to a whole new level.

There are some familiar elements and characters that return but all in all – it is a brand-new campaign.

And the extremely popular multiplayer modes that set Call of Duty above the rest also delivers quite a punch.

If you have a 4K HDR TV and a decent surround sound system, Call of Duty: Modern Warfare looks and sounds like a blockbuster movie that you’re a part of.

The character realism, especially in all the linking scenes between battles, is absolutely extraordinary.

And, unlike recent Call of Duty games, there is no gimmickry and special powers and exoskeletons that turn soldiers into superheroes.

This is real and accurate and with no gimmicks.

It’s all about gameplay, story and characters. 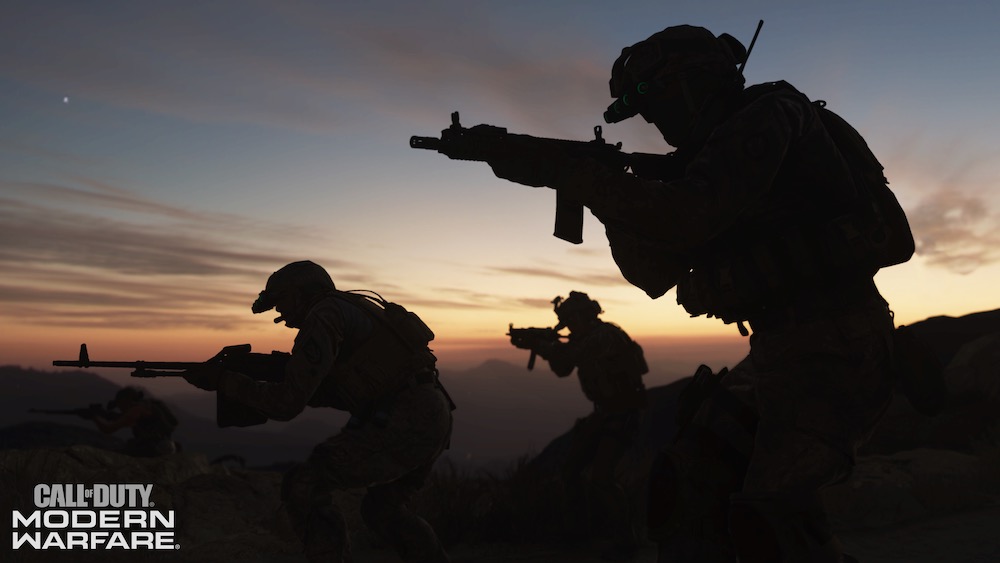 Last year’s Call of Duty didn’t even have a campaign – it was a series of short missions that was supposed to make sense after being completed.

We’re happy that Call of Duty: Modern Warfare decided to bring the campaign back.

Call of Duty: Modern Warfare is set in the present day with a contemporary story involving terrorist attacks and stolen chemical weapons.

The story opens with a man wearing a suicide vest stepping out of a van in the middle of Piccadilly Circus in London.

In the next scene, we’re in the fictional country of Urzikstan as part of an elite squad trying to recapture a stolen shipment of poisonous gas from the Russian military.

Players switch between the roles of Alex, an American undercover military operative, and British soldier Kyle Garrick who is a member Captain Price’s team – that’s the same Price from the original Modern Warfare.

But that’s the only similarity.

The new Call of Duty: Modern Warfare is a heart-pounding ride that puts you in the middle of the action.

The game looks and sounds amazing.

The campaign, which runs for up to 8 hours, puts players into some frighteningly realistic situations and visceral encounters.

Players go from battling terrorists in the middle of London to avoiding detection by Russian soldiers in Urzikstan and fighting their way out of an overrun US embassy.

There is also a remarkable section of the game where you are free to navigate the mission between different buildings in any order.

But the catch is, you’re in total darkness wearing night vision goggles and have to complete your objective by stealth using your instincts and instructions by radio from Captain Price who is in an overwatch position.

At the heart of the story are brother and sister freedom fighters Farah and Hadir who want to see their home country of Urzikstan free of Russian tyranny.

They have the biggest journey in the story which includes some remarkable flashbacks that give players a harrowing glimpse of how they became part of this résistance force.

While Call of Duty: Modern Warfare is a first person shooter, there are also some creative sections where you don’t actually have a gun in your hand. 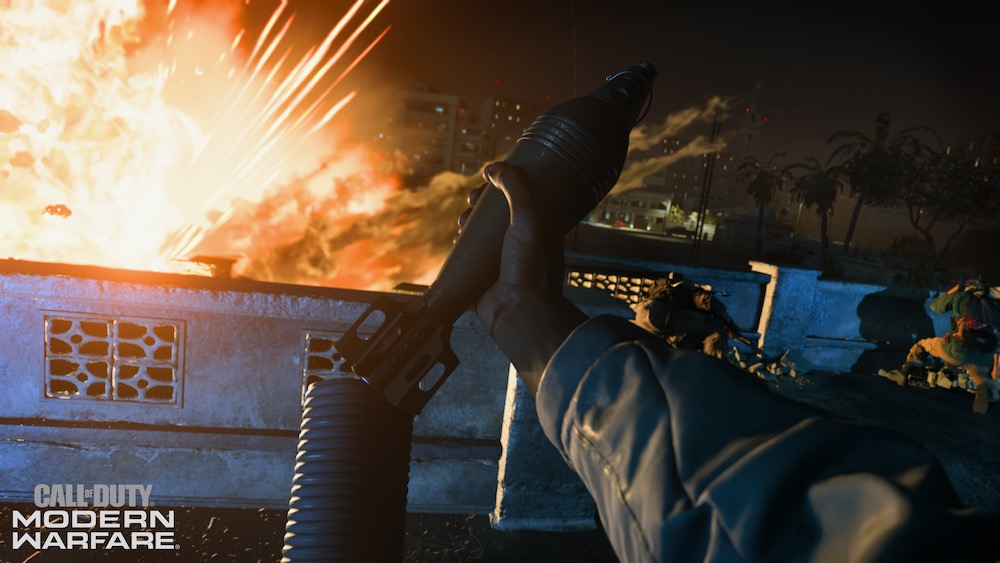 One particularly inventive section sees you guiding an embassy worker to safety on the phone while switching between various security cameras.

Another shows players seeing Farah perspective as she is rescued from beneath a pile of rubble following an explosion.

The scene ends with her trying to hide in her home from a Russian soldier after he killed her father.

Players also have to defuse a bomb in exactly the right sequence.

But you also get your hands on plenty of weapons including armoured RC drones which are used to bring down enemy helicopters, long-range and devastatingly powerful sniper rifles and lasers which allow you to paint a target to call in a rocket attack. 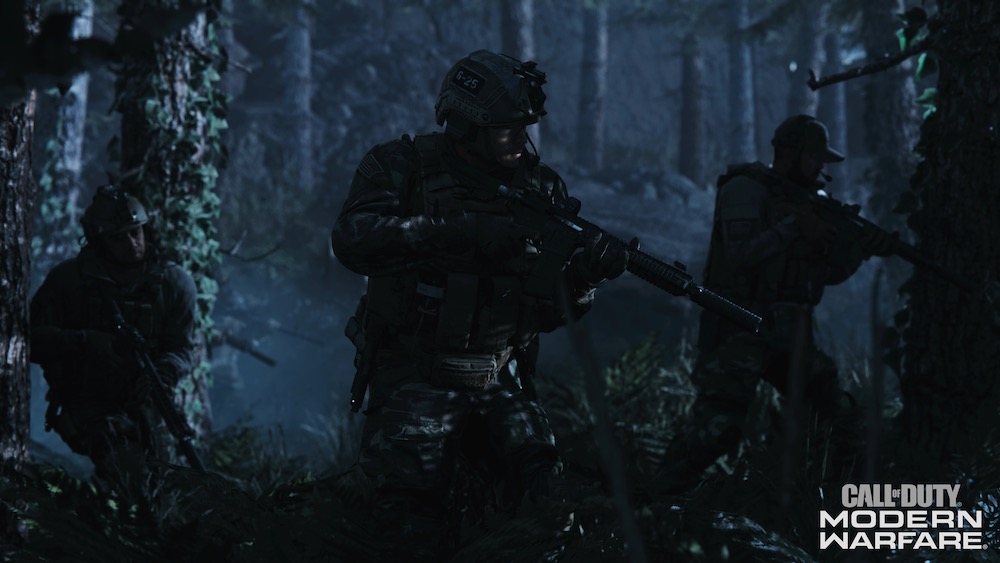 It is this variety that keeps the game entertaining and fast paced until the very end.

Let’s just say, and this isn’t giving away any of the story, we can expect a Call of Duty: Modern Warfare 2 in our future.

A word of warning for parents, this is a game for adults only with a lot of content that would be disturbing to a young player in terms of violence and context.

It is for that very reason that the game has an R18+ rating.

The multiplayer mode of Call of Duty: Modern Warfare is arguably the most popular aspect of the franchise.

And the great news is this latest instalment not only maintains the standard but takes it to the next level.

This would be without a doubt the best online shooter you can play.

The maps are varied and detailed to suit players whether they prefer long-range weapons or run and gun style. 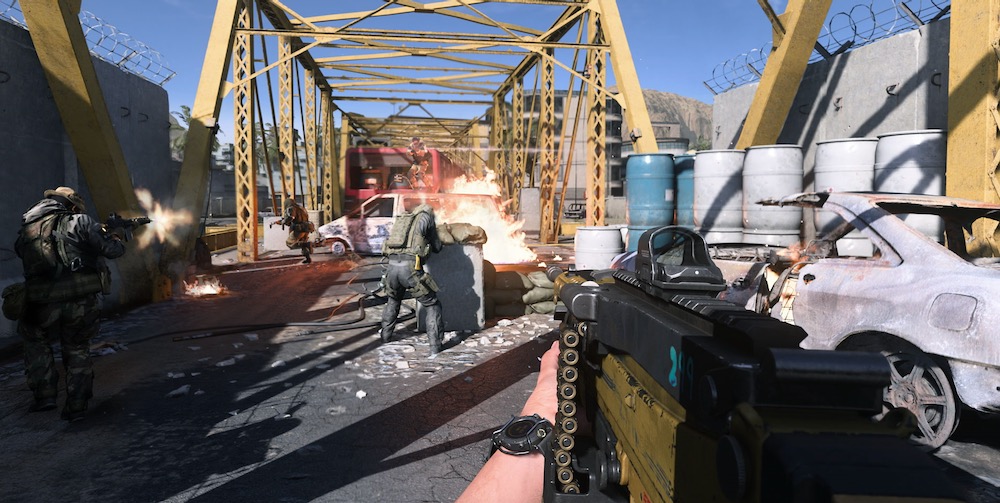 There are some large maps which offer players room to move and areas that may put you in the sights of a sniper and some more intimate maps with a lot of tight corners and passages for closer combat.

There are your usual flavours including Team Deathmatch and Domination.

One thing we liked was respawning and seeing from above what section of the map you are about to land in.

This took the mystery out of working out where you are and where the enemy is located. 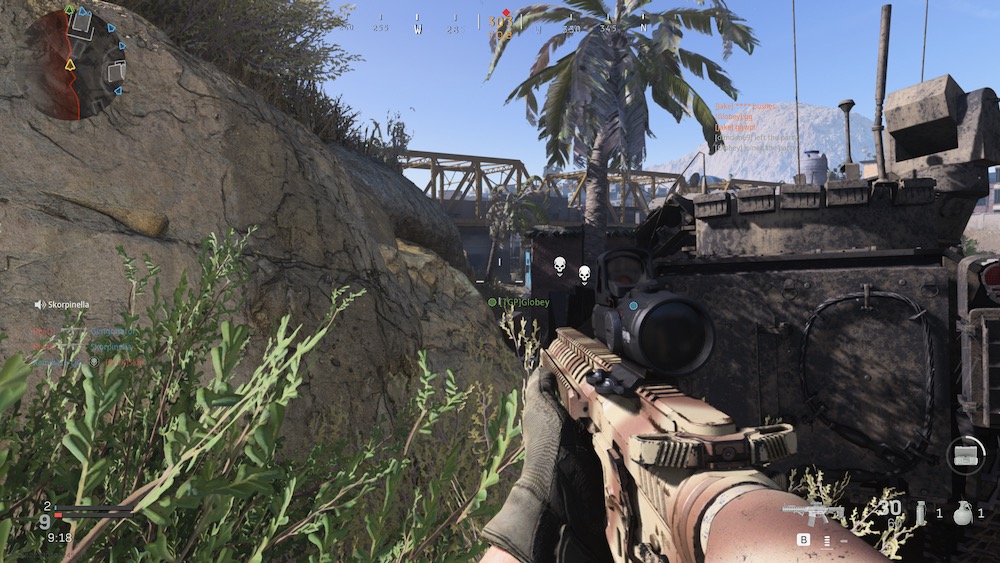 There now a new 2×2 multiplayer mode called Gunfight which pits duos against one another in short sharp 40 second bursts with the first team to score six points declared the weather.

It is designed for those players who want a quick hit of online play without the longer commitment of the full-blown multiplayer mode.

Call of Duty: Modern Warfare is a masterpiece in terms of design, gameplay, story and execution. The campaign is an absolute thrill ride and the multiplayer mode is also better than ever. If you’re a fan of this franchise, or are new to first person shooters, this is the game for you.