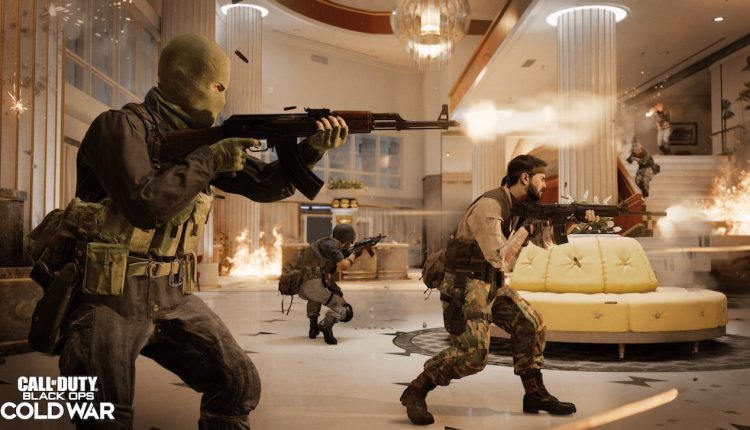 Call of Duty Black Ops Cold War ticks all the boxes for fans of the gigantic franchise with an engaging campaign that brilliantly captures the look, spirit and tensions of a bygone era. And on the multiplayer side, players will be satisfied with the simpler but still compelling format that stays faithful to the core elements that make it so enjoyable.

Every year each Call of Duty game faces the same problem – following up the previous version game with something better. Each entry of the famous franchise Is always a hard act to follow but Call of Duty Black Ops Cold War still manages something fresh and exciting.

The game takes us back to the early 80s when tensions between the US and Russia were at an all-time high and the Cold War was in full swing.

And the game gets off to a flyer when one of the opening scenes features a stunningly realistic US President Ronald Reagan in a secret meeting greenlighting the mission and giving the operatives permission to do whatever it takes to succeed.

Right off the bat you know you’re in for one hell of a ride. And that’s exactly what you get.

Those old enough to actually remember that period, like me, will enjoy the nostalgic step back in time that’s reinforced right down to the fashion, the music and the politics.

Players assume the role of Bell in the game who becomes part of an elite team tasked with tracking down a rogue operative and a US-made nuclear device.

At its heart, Call of Duty Black Ops Cold War is still a first person shooter but it’s remarkable the amount of time you spend not actually shooting but trying to avoid detection, pick locks, infiltrate Russian military bases and solve problems to get to the next level. 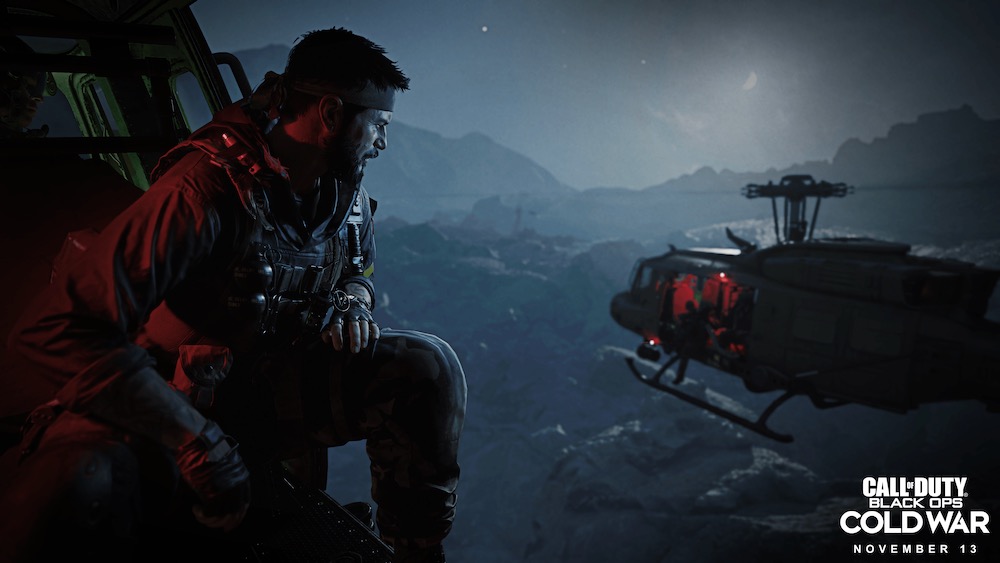 But don’t get me wrong, there are still some amazing scenes and set pieces and action sequences that will take your breath away.

What this version of Call of Duty offers at some points is a “choose your own adventure” type approach where your actions and responses to other characters affect the flow of the story.

At numerous points you get to choose what to do and what to say. For example, you tracked down an informant – do you take them with you an interrogate them or throw them off a roof? 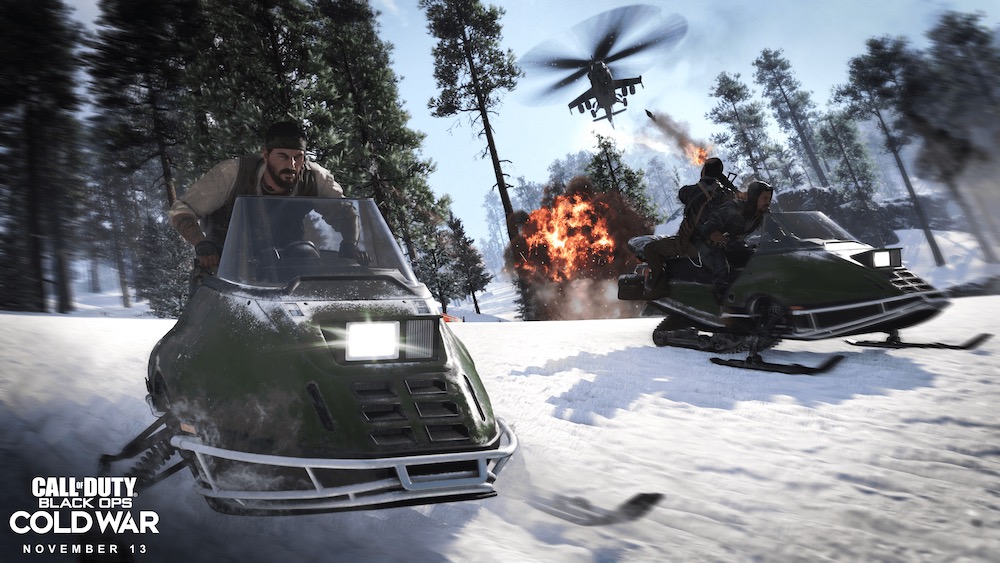 In your role as Bell, you are even given the option of including your name, skin colour and other traits that not only personalise the experience but also affect the flow of the game as well.

Parents, be warned – there are some graphic scenes and action so it’s not for the young ones.

The game takes you to a number of exotic locations on its numerous missions which all look amazing on The PlayStation 5 and Xbox Series X next generation consoles. We completed the campaign on the PlayStation 5. 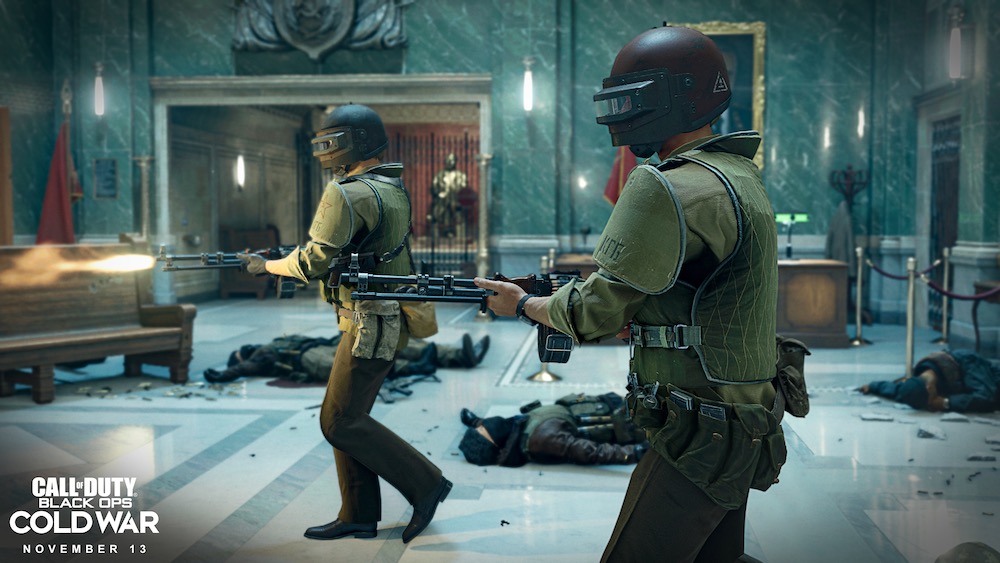 Fans of the Call of Duty Black Ops instalments will also recognise the return of two characters from the original – Woods and Mason – who partner up with you to help you achieve your objectives.

There is real pace and urgency to the storyline provided by the ticking clock in the shape of a rogue operative and a nuclear device out in the wild.

This call back takes us back to the Vietnam War where we try to piece together information that could help in the current early 80s crisis. 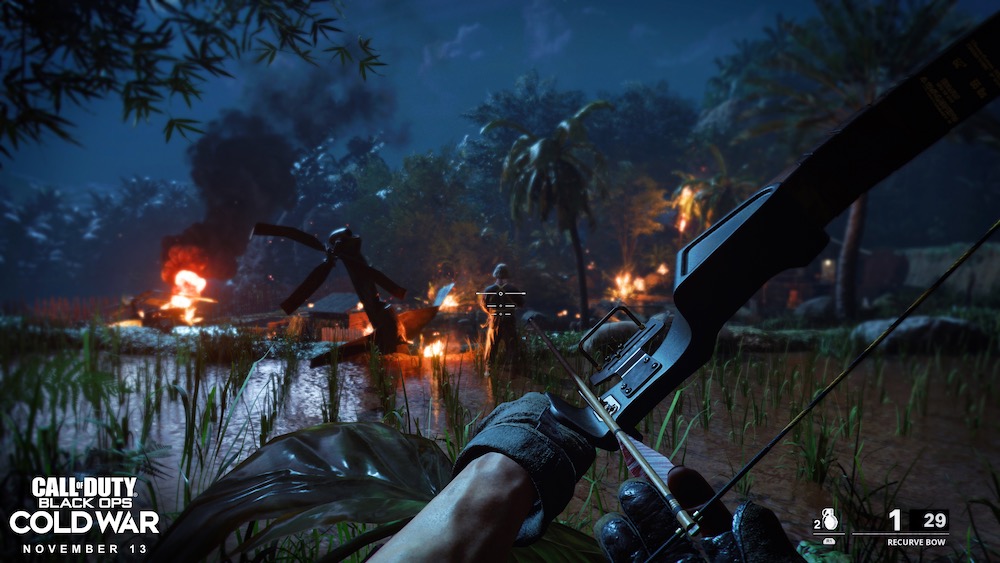 Gameplay is fluid and there’s a real flow of where you need to be and the mission at hand.

There are numerous interactions you have whether it’s collecting evidence, staying in the shadows on the streets of Berlin, ziplining down a snow-covered mountain while firing your weapon, piloting a gunship through battlefields, fighting your way through a simulated American town in Eastern Europe or battling through the jungles of Vietnam.

The campaign was a decent length without dragging on but for a great number of players it’s the multiplayer action they’re after.

It actually goes back to basics with its popular online mode to give players a satisfying and engaging experience without being overwhelmed by too many weapon choices and other upgrades.

The maps in the multiplayer are also interesting and different.

The environments take players from the desert to the snow and to the jungle and even out to sea.

And they also lend themselves to various tactics whether you prefer to run and gun or sit back and pick off the enemy through a sniper scope.

Zombie mode in Call of Duty Black Ops Cold War is back and once again you have to deal with wave after wave of the undead as you fight to stay alive.

players can choose to play a session where you work your way to an evacuation point after 10 rounds.

Call of Duty Black Ops Cold War ticks all the boxes for fans of the gigantic franchise with an engaging campaign that brilliantly captures the look, spirit and tensions of a bygone era. And on the multiplayer side, players will be satisfied with the simpler but still compelling format that stays faithful to the core elements that make it so enjoyable.