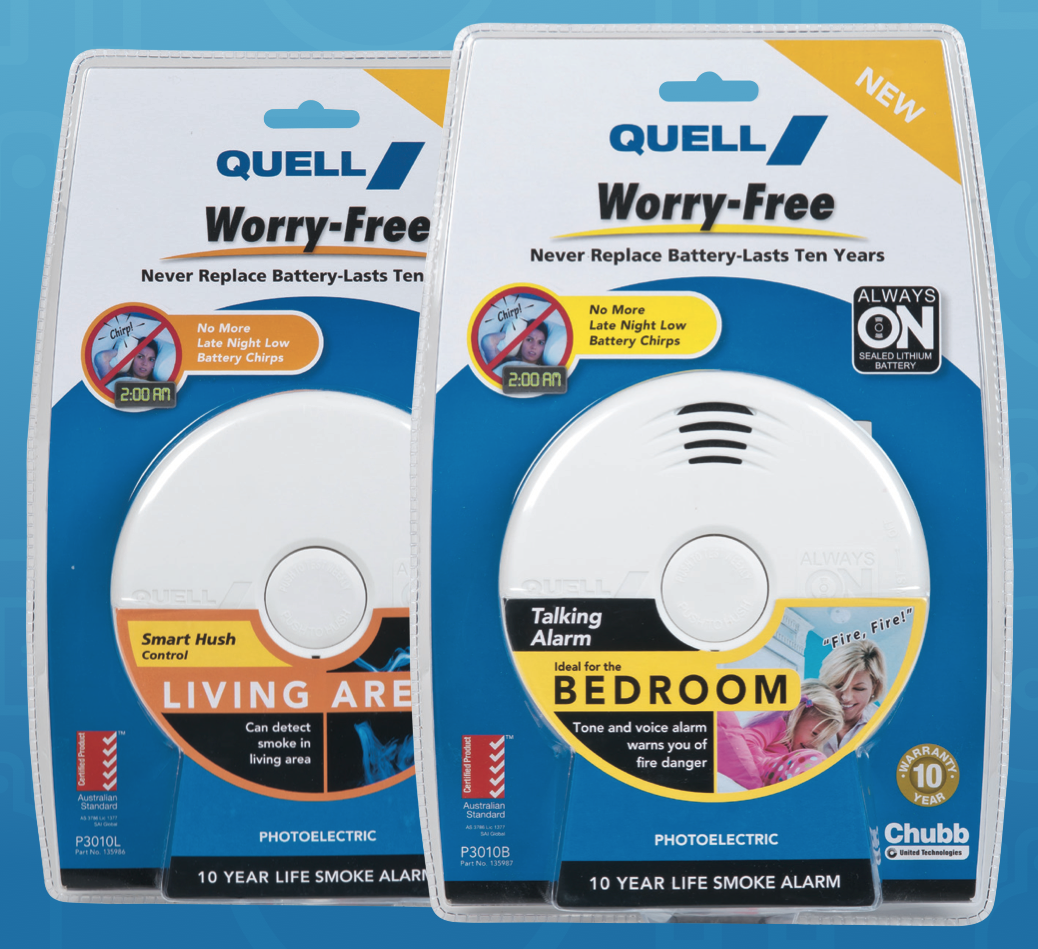 A smoke detector is a small tech product that can save your life and Quell has come up with a new version that offers an incredible 10 years of battery life.

Quell’s Worry Free range of smoke detectors will live up to their name for users who can install the product in their home and stay protected for a decade.

The 10-year battery life comes courtesy of the sealed lithium battery onboard and sounds at an ear-piercing 85 decibels when it goes off.

With the Quell smoke detectors there’s no need to replace the batteries every time daylight savings start or ends as is traditional with a regular smoke detector.

Even smoke detectors that are connected to mains power require a battery to allow the device to stay powered in the event of a blackout.

So that means when the 10 years is up, you need to change the entire device because you can’t just change the battery.

But what you won’t have with the Quell Worry Free smoke detectors are those annoying chirps that advice the homeowner the batteries need changing.

The only time it will chirp is in 10 years to tell you it’s about to give up the ghost at which time you’ll have to replace the whole thing.

Quell has released a range of Worry Free smoke detectors for the various rooms of your home.

There are four in the line-up and named after the room they should be placed in – living area, bedroom, hallway and kitchen.

Each has specific features that make them more suited to their location.

For example, the Quell Worry Free smoke detector for the kitchen can detect smoke and poisonous carbon monoxide gases.

It also has a built-in algorithm that can detect real fires instead of cooking-related false alarms that can be nuisance with regular smoke detectors.

Quell’s Worry Free smoke detector for the bedroom has a talking voice alarm to make it easier to wake people in the room in the event of a fire.

There is a hush button on board to silence nuisance alarms – if any – as well as a test button and LED to make sure the device is still powered up and working.