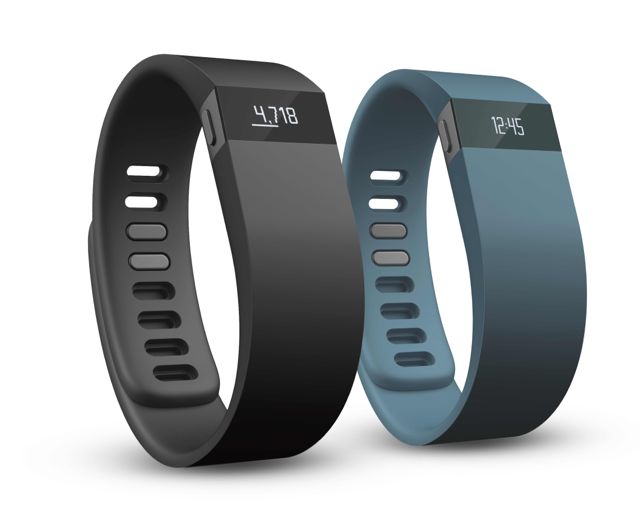 FitBit, the device that can track your daily physical activities, will be updated to an all-new version that will boast several new features.

FitBit Force has a sleek new look and can be worn around your wrist like a watch.

The wristband can still accurately keep track of your movements and even give you an accurate look at your sleep patterns.

But also onboard the FitBit Force, when it is released in early 2014, will be an OLED display screen to display stats and the time along with an altimeter to track how many floors you climb or how high you go.

The FitBit Force is also part smartwatch with the ability to relay notifications from an iPhone 4S or higher running iOS 7.

As part of the sleep monitoring abilities the device can also offer users a silent alarm that will vibrate on their wrist without waking up their partner.

Bluetooth 4.0 on the product means it will easily sync with smartphones and tablets as well as the free companion app to make it easier for the user to track their progress.

Android users can also use NFC (near-field communication) to connect to the FitBit Force simply by tapping the products together.

And as is customary with the FitBit community, there are several motivational tools and challenges to reach your fitness goals and even take on your friends.

FitBit force has been designed with comfort in mind so it’s easy to wear it all the time.

The built-in battery will also run for between seven and 10 days before it needs recharging.

Jawbone UP – the bracelet that tracks your health and wellbeing