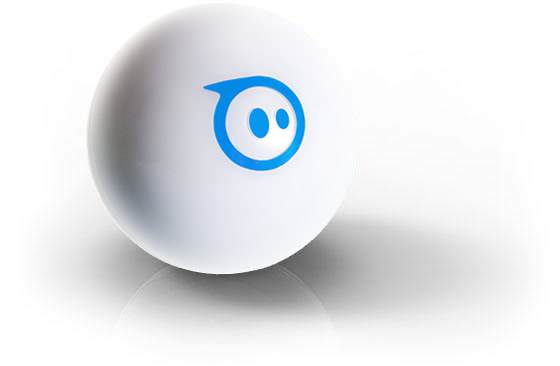 It looks like a simple white ball but Sphero is a lot more than that. It’s actually a sophisticated robot that’s part remote control device, part game, part toy and part education tool.

Developed by Orbotix, the improved Sphero 2.0 is now available to buy in Australia.

The orb shaped robot is controlled using apps on your iOS or Android smartphone or tablet.

Sphero is made of a durable polycarbonate shell and is about the size of a baseball and links with Bluetooth to your device.

The app lets you control Sphero using tilt or touchscreen controls and also change the colour of the ball’s internal LED light.

And while it might look pretty simply from the outside – it’s actually quite a sophisticated piece of machinery on the inside.

The internal mechanism, which includes motors and gyroscopes, makes Sphero surprisingly responsive and easy to steer.

Sphero 2.0 is faster, brighter and smarter than the original version which Tech Guide spotted at the Consumer Electronics Show for the first time two years ago.

But it’s more than just a colourful remote control toy.

Sphero can also be used in party games, as a game controller and as an augmented reality device.

And it is also supported by more than 25 free apps that utilise its impressive abilities.

While it’s fun to just drive Sphero around, users can also enjoy their favourite sports Sphero-style.

There are apps that make it possible for users to play golf and go bowling with Sphero.

With the golf app, you can place cups, hats and other hazards on your “course” and play your shots with the app by flicking Sphero towards the hole.

Sphero can also be used as a controller for dedicated apps like Zombie Rollers and Exile.

In this mode you can take advantage of the sensitive internal controls, accelerometers and gyroscope that provides 360-degree control.

Sphero also loves a party and it can be used for fun multiplayer games.

One example is Colour Grab which pits players against each other to be the first to grab Sphero when it changes to the colour assigned to them.

It’s also an augmented reality game as well and there are two game apps The Rolling Dead and Sharky the Beaver.

In Rolling Dead you have to battle against virtual zombies that spawn out of the ground while Sharky the Beaver lets you use the Sphero to control this virtual 3D character.

There are also programming apps that are simple enough for school students to use that makes Sphero an educational tool that’s also lots of fun to use.

Sphero 2.0 comes with an induction charger which means it can charge simply by sitting inside the powered cradle.

Also in the box are two ramps for the daredevil Sphero stunt drivers.

Apple Stores have an exclusive transparent edition of Sphero so you can see the inner workings of the robot.