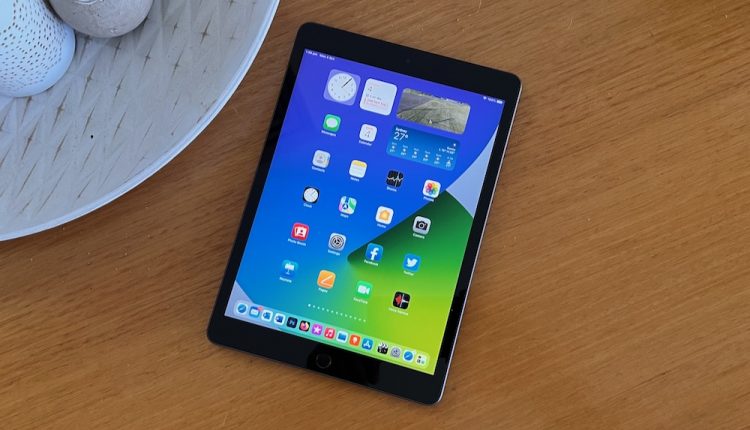 The iPad, even 11 years after it was introduced, is still one of the most popular and versatile devices you can buy, and this latest version gives it even higher credentials. The original, for many, is still the best.

The 9th generation iPad is the one product in the entire line-up that is suitable to more customers to perform a variety of tasks while remaining at an affordable price.

Yes, there are other options like the iPad Pro, the iPad Air and the new iPad Mini which have all-screen designs and more power, but the iPad (9th Gen) is no slouch either.

The onboard A13 Bionic, which is 20 per cent faster than last year’s model, is more than capable whether you’re using the iPad for learning, working, playing or keeping yourself entertained.

On the design side, nothing has changed – and that’s a good thing.

It still has a brilliant 10.2-inch Retina display and, for the first time, it has True Tone which can adjust the screen based on the colour temperature of the room. 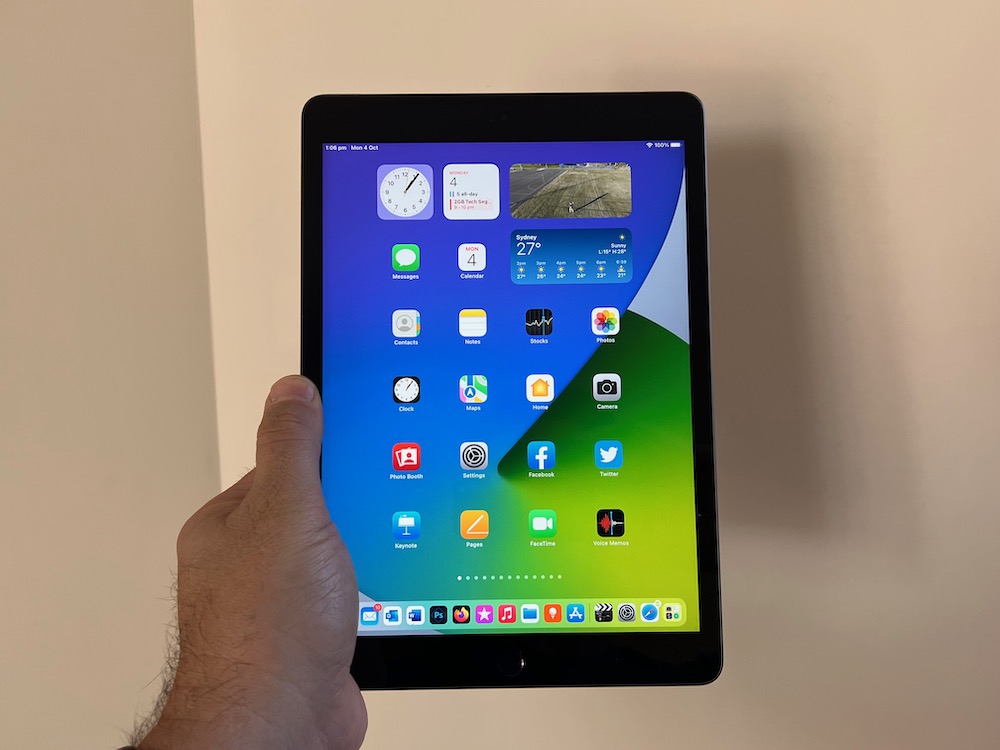 In other words, its sharp and bright and provides excellent quality to view your apps, websites and content.

The home button with Touch ID is also still there and it makes it easier to navigate and unlock the device instantly.

Another feature that thankfully stayed the same is the Lightning port.

Every other iPad – the iPad Mini, the iPad Air and the iPad Pro – all now have USB-C ports. 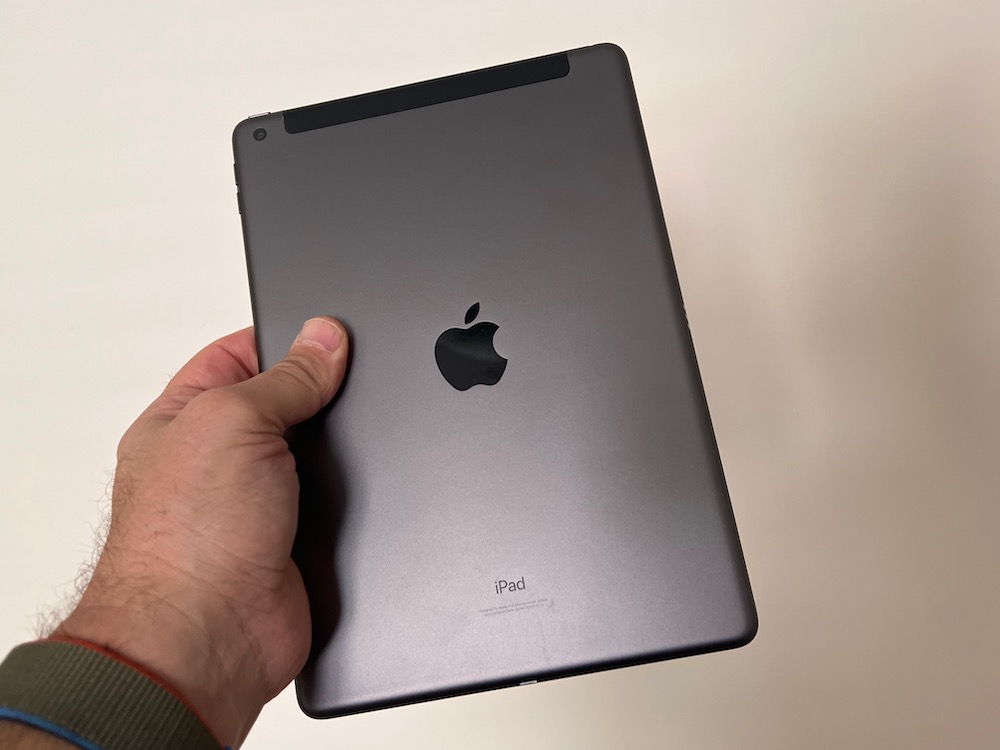 The iPad (9th Gen) is popular in schools which would have charging stations to make sure students can use them all day so keeping Lightning ensures that compatibility. Although the EU has other ideas – find out more here.

Even for entry level customers who prefer the iPad to their laptop – retaining the Lightning port will also be welcomed for those upgrading to this latest device.

The other big improvement is the 12-megapixel camera front camera which now includes Centre Stage, so you are always in the middle of the screen during your FaceTime calls and video meetings.

It is an ultrawide camera and can keep you in the frame by zooming and adjusting the frame as you move. 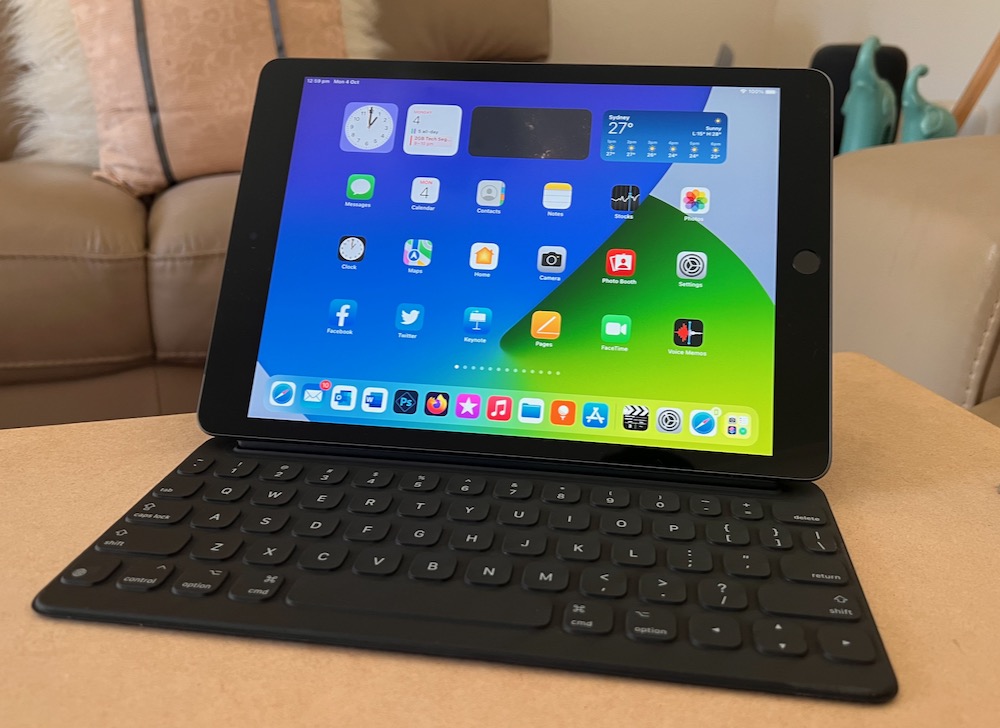 It’s really quite impressive – and all the work is done in the camera – the iPad doesn’t actually move.

When you’re creating content for social media, TikTok or any other video – you’ll always be front and centre.

The rear camera remains at 8-megapixel and can capture 1080p full HD video at 25 or 30 frames per second.

There’s more storage as well. The iPad (9th Gen) comes with 64GB of storage (double iPad 8th Gen) or a maximum of 256GB. 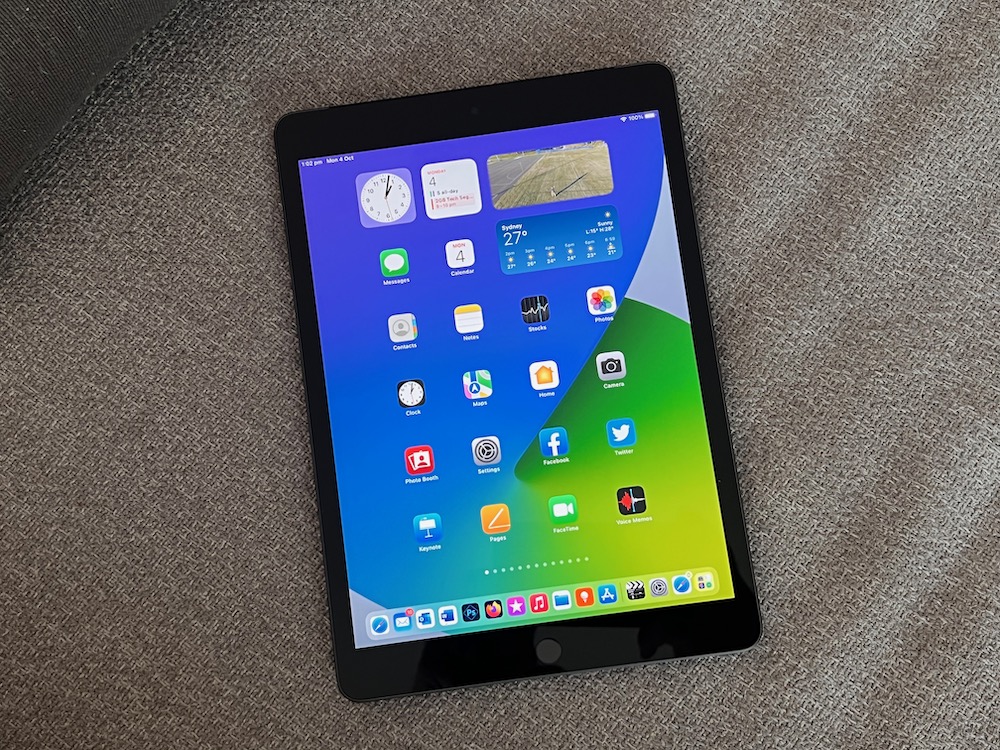 It is also available in Wi-Fi and 4G LTE Cellular models. For 5G connectivity you will need to go for iPad Mini or the iPad Pro – and the next version of the iPad Air.

The device also has the same trademark long battery life and is also running the latest iPadOS 15 which includes a host of new features.

Apple Pencil ($145) also works with the iPad and there are also a number of other accessories available including a Smart Keyboard ($235).

The iPad, even 11 years after it was introduced, is still one of the most popular and versatile devices you can buy, and this latest version gives it even higher credentials. The original, for many, is still the best.

Reasons to hire a business strategist in Australia