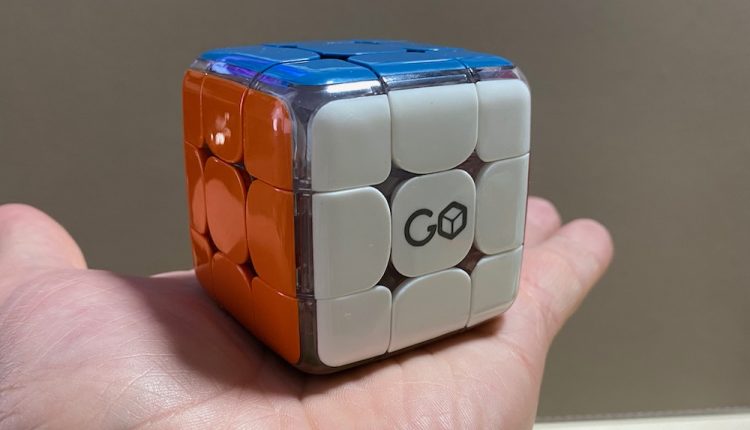 The GoCube has brought the cube into the 21st century and is brilliantly executed to give users amazing interactivity and introduces them into a worldwide community of like-minded cubers.

The Rubik’s Cube has been around since the 80s. I’ve been a fan since they were first released but now the 21st century version of the iconic puzzle has been released. It’s called GoCube and has Bluetooth onboard and can pair with your smartphone to a companion app.

Back in the day, you were on your own with the cube. When I started cubing I had to buy a book to work out how to solve it.

It was all about solving the cube layer by layer with many long routines.

But we’re in the age of the app and the smartphone and GoCube takes full advantage of that.

We saw GoCube online and were reminded about our love of the cube and pressed Buy Now.

GoCube is a smart connected device that you have to pair your smartphone like a pair of headphones.

The GoCube itself is fractionally smaller than a regular cube and a speed cube. It has a solid construction and silky smooth movements.

Also in the box is a charger (yes you need to charge it) and a small stand that can be used to store and charge the GoCube and also doubles as a smartphone stand so you can clearly see your moves on the screen.

There’s also a small carry bag so you can carry and store your cube safely.

The GoCube app is your ultimate virtual guide to learning how to solve the cube, get in some practice and even take on other GoCubers around the world.

The most amazing thing is that when GoCube is paired to the app on a smartphone or tablet the movements are reflected on the screen so it knows the exact state of your cube right down to the last square on every side. 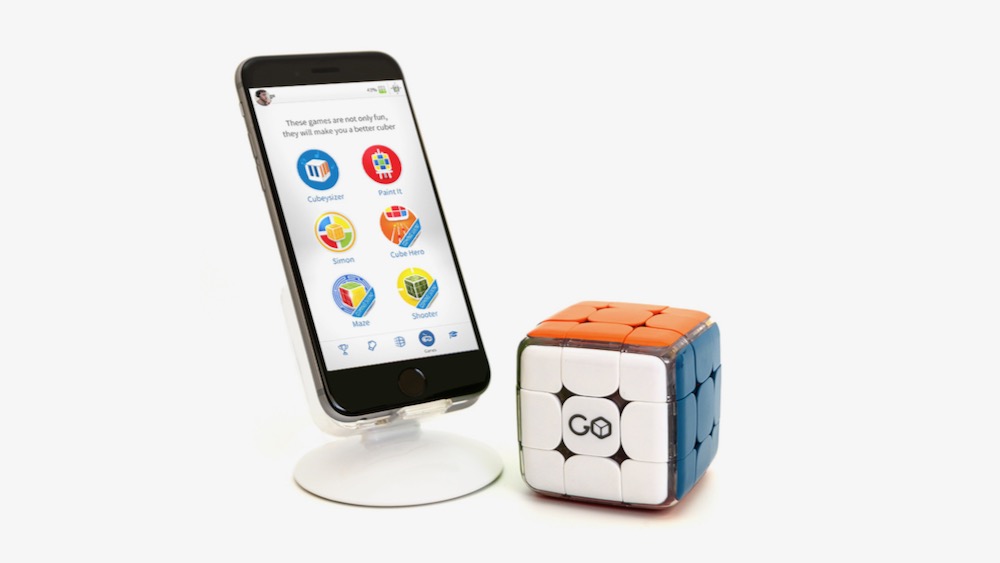 So this means it knows exactly how you’re moving the cube and can tell you if you’re doing anything wrong.

It’s even smart enough to give you the moves to get back to where you should be.

There were a few times when the GoCube went out of sync so what the orientation on the screen didn’t match what was in our hands. This was a quick process and had us back on track in no time.

If you’re a new to the cube, the GoCube is an excellent introduction and can take you through the basics starting with learning the notation. 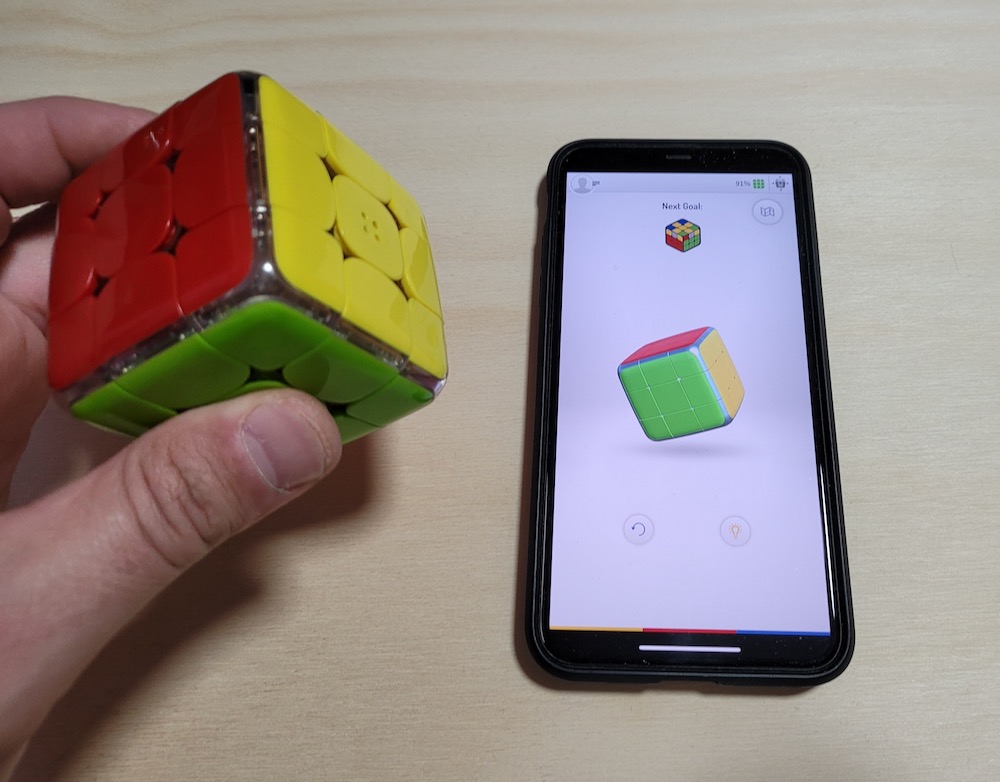 For example U means turning the upper side clockwise while U1 means an anti-clockwise move. Same thing applies for L (left), R (right), B (back), D (down) and F (front).

It’s the same notation that’s been around for 40 years and that I was introduced to with the Mastering Rubik’s Cube book.

It even tells you how to grip the cube so you can use more fingers to make those clockwise and anti-clockwise moves.

You are guided through all the steps to completion. 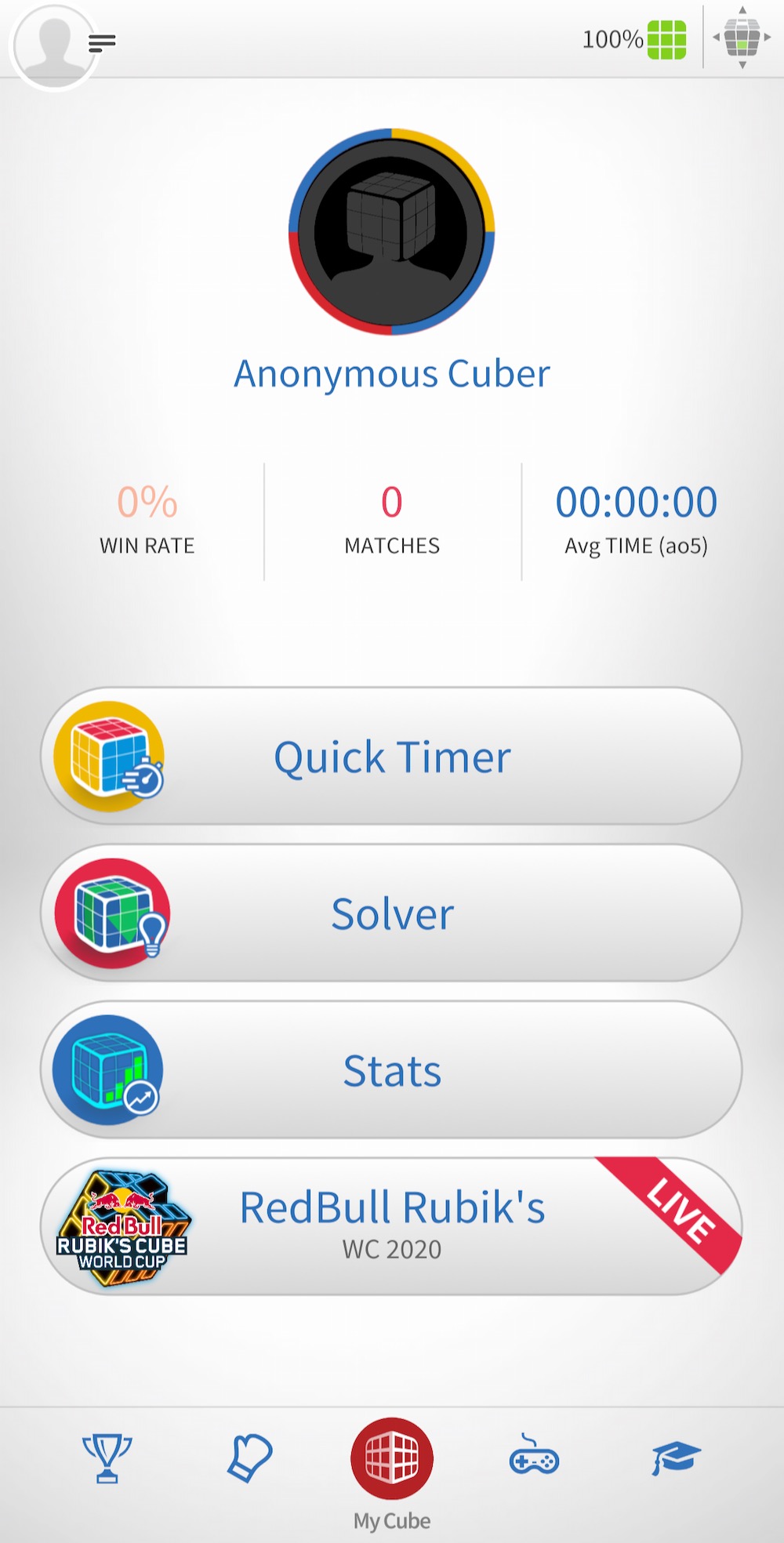 Over the years the cube has gone from being a toy and infuriating puzzle to be reborn as a sport with speed cubing now popular around the world.

In fact, the world speed cube record holder is an Australian called Felix Zemdegs with an astounding time of just 4.22 seconds.

GoCube adopts the speed cuber method of solving the cube which involves less moves that are more versatile to get the cube solved.

It’s a lot faster and easier to learn than the methods outlined in Don Taylor’s book Mastering Rubik’s Cube which went layer by layer and had long routine for rearranging edges and corners and flipping and twisting those edges and corners. 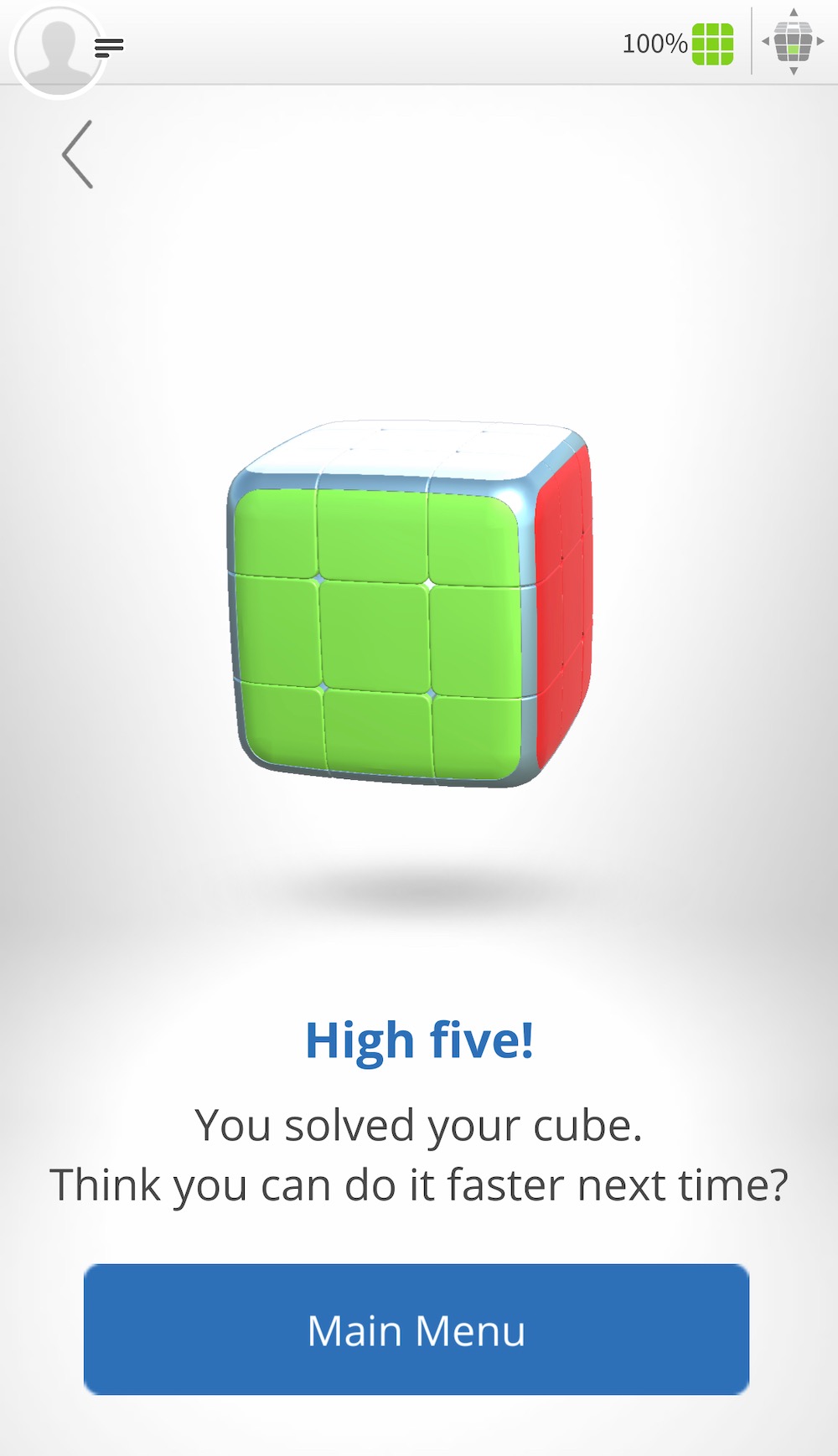 The GoCube teaches you some handy moves that are multipurpose for all layers of the cube.

The GoCube is also equipped to not only teach you how to solve the cube but to also hone your skills and practice to solve it even faster.

And because the unit is connected, the timer is already onboard and displayed through the app. 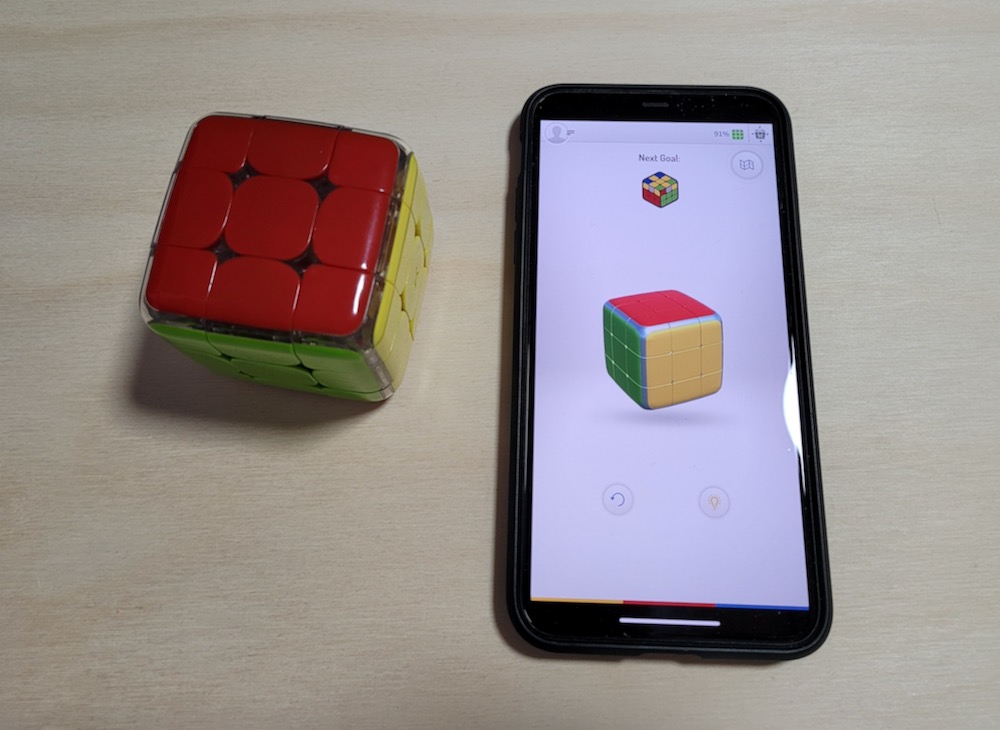 Then when you get really good at it you can challenge other GoCubers through the app from around the world.

There’s even a leaderboard like you’d see at a professional tournament so see the fastest times.

A little expensive but I think it’s worth it because it has reignited my love of the cube.

Even if you have never touched a cube in your life it can provide years of enjoyment.

The GoCube has brought the cube into the 21st century and is brilliantly executed to give users amazing interactivity and introduces them into a worldwide community of like-minded cubers.