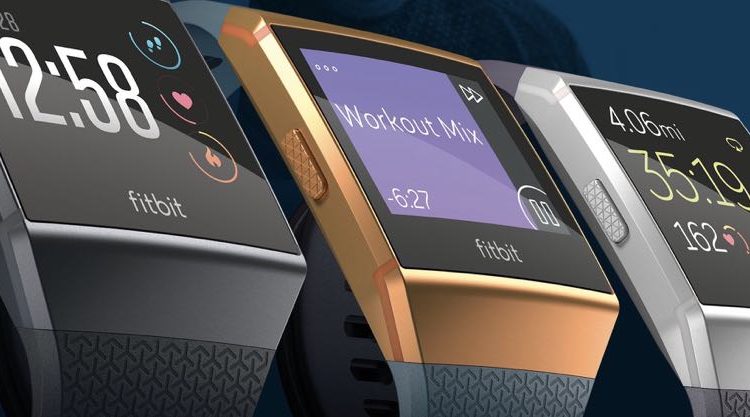 Fitbit has made quite a name for itself and dominated the fitness tracker market but now the company has moved into the smartwatch space with the impressive new Fitbit Ionic.

The device brings most of the features and data from the excellent Fitbit app and brings them to your wrist in living colour.

And like the Fitbit trackers, Ionic can count your steps, tell you how many calories you’ve burnt and also tell you how well you slept.

It has also added several fitness features like built-in GPS, a heart-rate monitor and the ability to load music and hear it with Bluetooth headphones and earphones.

And it can run some of your favourite apps including Strava, MindBody, MyFitnessPal, WeightWatchers and Runkeeper.

You can even make a payment with Fitbit Pay and take it for a swim.

The FitBit Ionic is a sleek looking device with a nice sharp and bright screen.

The display is really easy to read, even in bright sunlight so you can track your stats at any time.

It’s pretty thin as well so it’s not too bulky on your wrist.

The band is also comfortable although it takes a little practice to clip it on securely.

This is a training watch after all so there’s also heart rate monitor on the bottom to give you an accurate picture of your heart rate at rest and while exercising.

It’s easy to scroll through the menu and access the features like your exercises, your music, a personal fitness coach, relaxation exercises along with a timer, stopwatch, alarm and even the weather.

It even has NFC to make Fitbit Pay possible for contactless payments so you can leave your wallet at home.

That’s why you’d but the Fitbit Ionic – because you want to get fit or stay in shape.

And not only do you have the device on your wrist but also the excellent app that runs with it as well to take a deeper dive into your stats.

You can already see what you’ve already done for the day on the Fitbit Ionic.

Also onboard is GPS so you can map your run and have more accurate measurements.

But one thing we notice you can’t see when you’re exercising is the time. You can see most of your other information but you need to scroll through to see everything – including the time.

Fitness is obviously the focus of this product and it does a great job tracking you and motivating you to do better, to take more steps and climb more flights of stairs.

Another role for the Fitbit Ionic is to keep an eye on your wellbeing.

It can tell you how well you’re sleeping, your resting heart rate – a key indicator for health fitness and your cardio fitness level.

If there is every any improvement to be made – you have to know your starting point and be able to track your progress. The Fitbit Ionic can do just that. 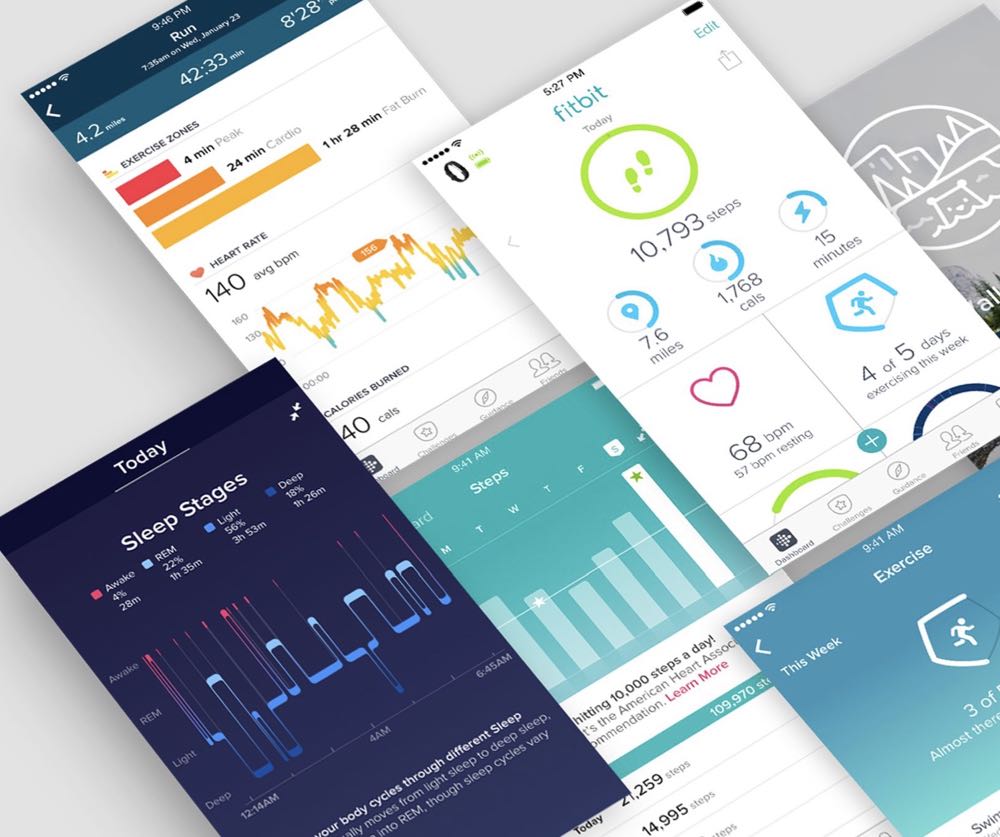 If you want to take your tracking even further you can even track your calorie intake by logging your food and counting how many glasses of water you’ve drunk.

There’s a scanner if you want to scan the barcode on whatever you’re eating or drinking so it can automatically add the calorie information.

There’s also a social aspect to the product – as with all Fitbit devices – so you can see how you match up with your friends and family.

One of the features users will love is the ability to store your music onboard the Fitbit Ionic and pair Bluetooth headphones to the watch. That means you can leave your phone behind and still hear your music.

Unfortunately, we could not get our music on the device. In fact, when we open the music icon – it still says transfer in progress. 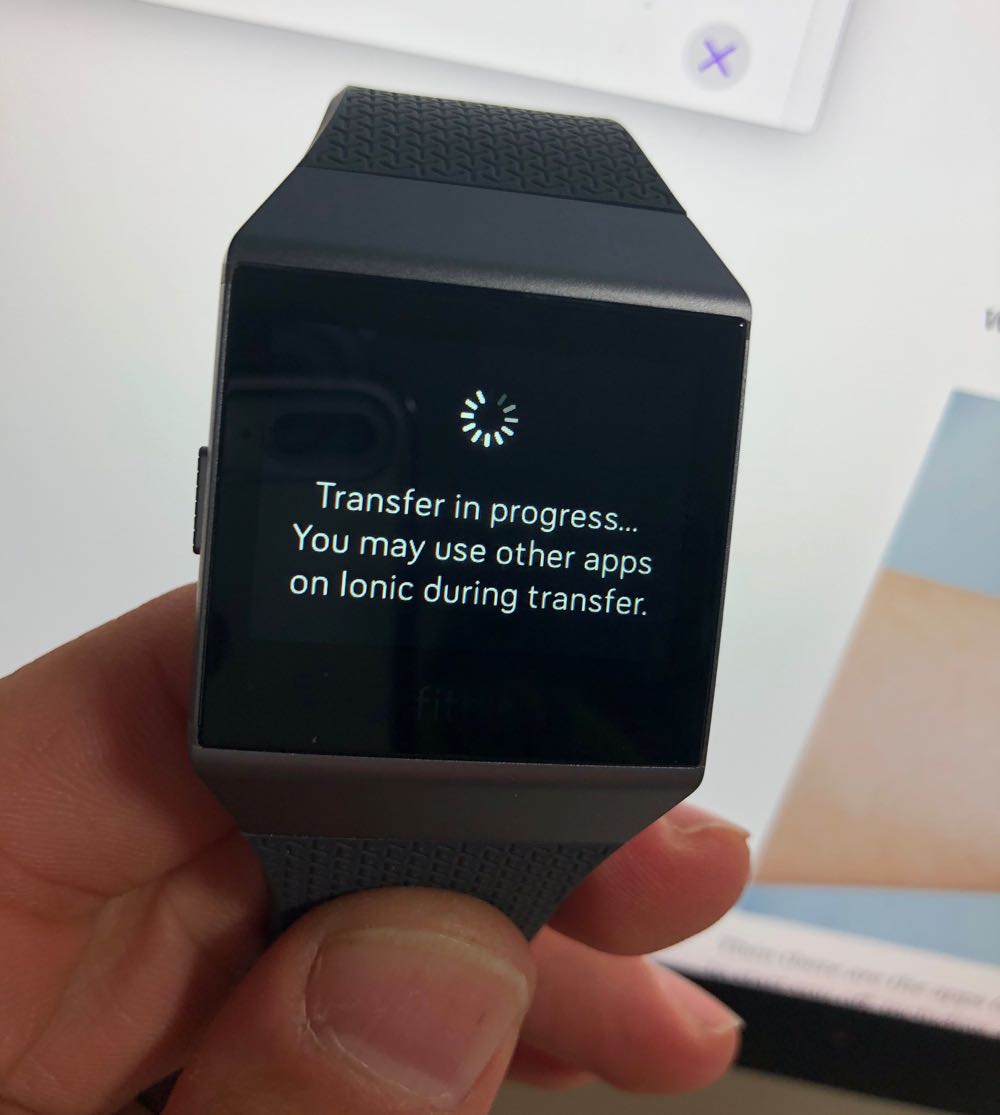 We tried every which way to upload about 100 songs and it bamboozled the device – and bamboozled us.

We were trying to get the music from our iMac to the Fitbit Ionic –  a pretty straightforward exercise. It was one big fail.

We hope you have better luck than we did.

The Fitbit Ionic can be paired to your iPhone or Android smartphone and can display messages and let you know when you’re getting a call.

This is an ability – not a specialty – of the device.

You need to go back to your phone for that.

If you’re looking for more of a smartwatch than a fitness watch, the Fitbit Ionic is not for you.

One of the strongest features of the Fitbit Ionic is the battery life. We were getting three days out of the battery before we needed to charge it.

If we stretched it we could have got close to three and a half days.

If you’re doing a lot of exercise and using the built in GPS then this would reduce to about two days – which is still impressive.

The Fitbit Ionic costs $449.95 and at this price it puts it squarely against the Apple Watch Series 3 and Samsung’s Gear S3 which are both excellent smartwatches and extremely capable fitness watches as well.

The fact the Fitbit Ionic is mainly concerned with fitness and exercise may be its saving grace especially for a customer who doesn’t want to go too far outside that circle with the device. 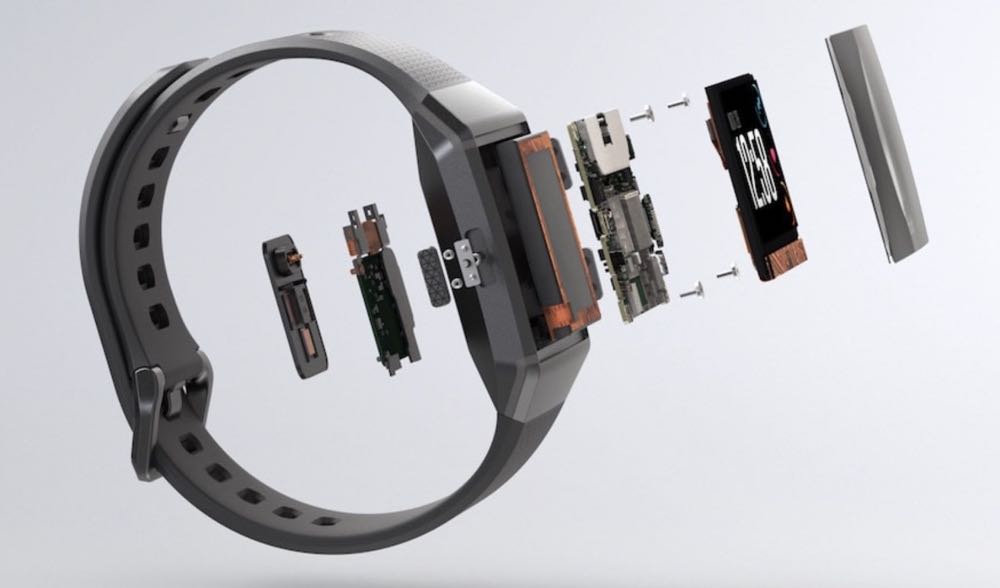 But it might be the other cheaper Fitbit products that could prove to be the main competitor of the Fitbit Ionic.

They are smaller and cheaper and can provide as near a complete picture of your fitness as the Fitbit Ionic.

But the Fitbit Ionic looks better, has a better screen and comparable battery life.

The Fitbit Ionic is the best fitness device the company has produced with a sleek design, exceptional fitness tracking and impressive battery life.

If you’re already invested in the Fitbit ecosystem, this would be an excellent upgrade.

CONS: Expensive, hard to sync music, can't see the time while working out.

VERDICT: The Fitbit Ionic is the best fitness device the company has produced with a sleek design, exceptional fitness tracking and impressive battery life. If you’re already invested in the Fitbit ecosystem, this would be an excellent upgrade.

All the plans and pricing for Apple’s iPhone X