Dyson has just introduced the world’s most powerful cord-free stick vacuum cleaner – the Cyclone V10. Remarkably it has 20 per cent more suction despite being smaller and lighter than V8.

The company has so much confidence in its cord free vacuum technology, it has actually decided to stop making corded vacuum products.

Tech Guide has been testing the new Dyson Cyclone V10 for the last two weeks and can absolutely confirm these impressive improvements for ourselves.

The secret sauce is the new Dyson digital motor that powers the V10. It is half the weight of the motor used in the previous model.

It spins at 2000 times a second and offers three times more power to weight ratio than the first-generation motor used with the V2. It can generate 525W of power and yet only weighs 125g.

But the changes are not just under the hood.

The Dyson Cyclone V10 has also had a redesign on the outside with a slightly smaller head and a repositioned barrel which now connects directly to the attachments.

The previous model, the V8, had a downward facing bin which could sometimes be opened accidentally and spill out all the dust.

But that can’t happen with the new V10. You have to remove the attachment before you can open the bin. 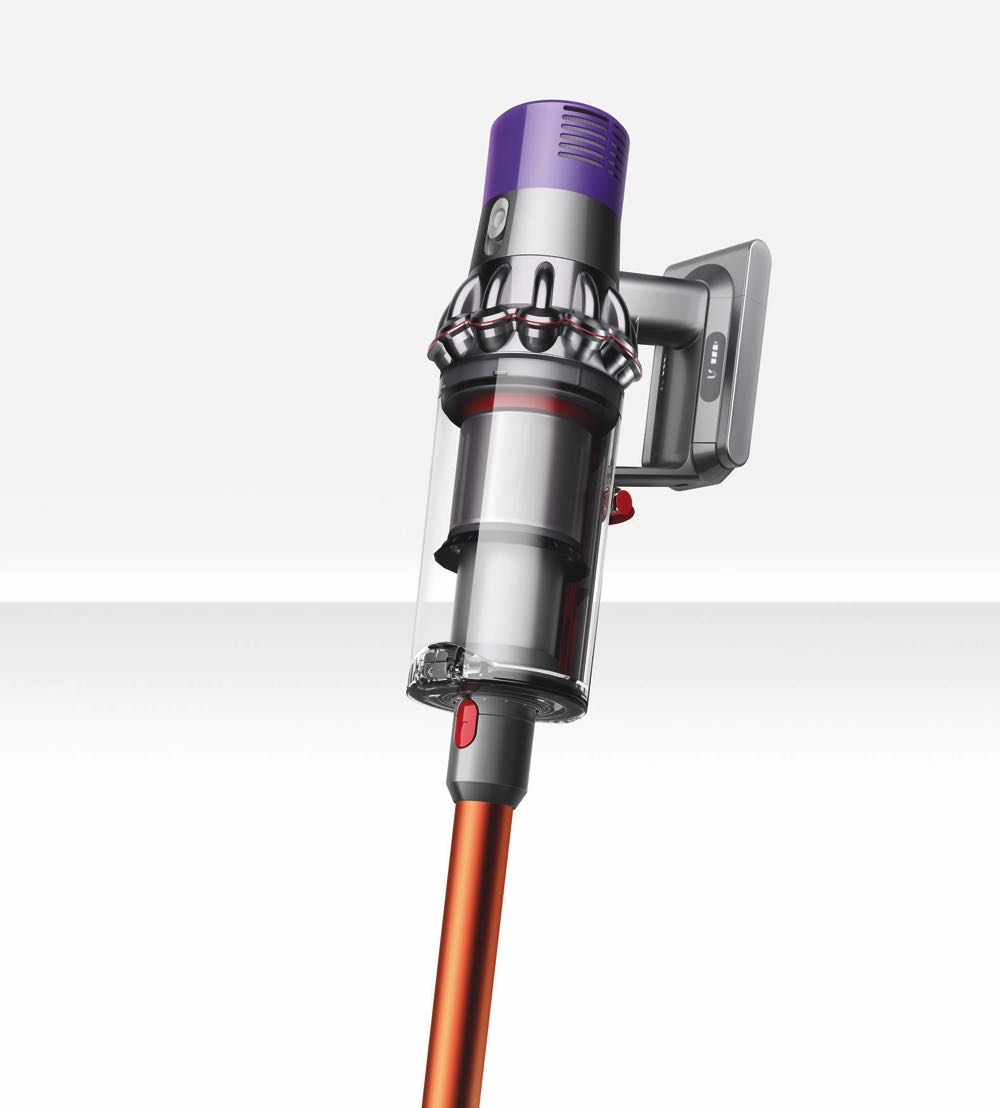 And when you do, a hygienic dirt ejector drives out of dust and degree directly into your bin and not on the floor.

The first thing we noticed in our testing was that improved suction. At times we felt like we were going to suck the colour out of our carpet.

And with two Dalmatians in the house, our vacuum cleaner needed some serious power to remove the easily visible short white hairs from our chocolate-coloured carpet. 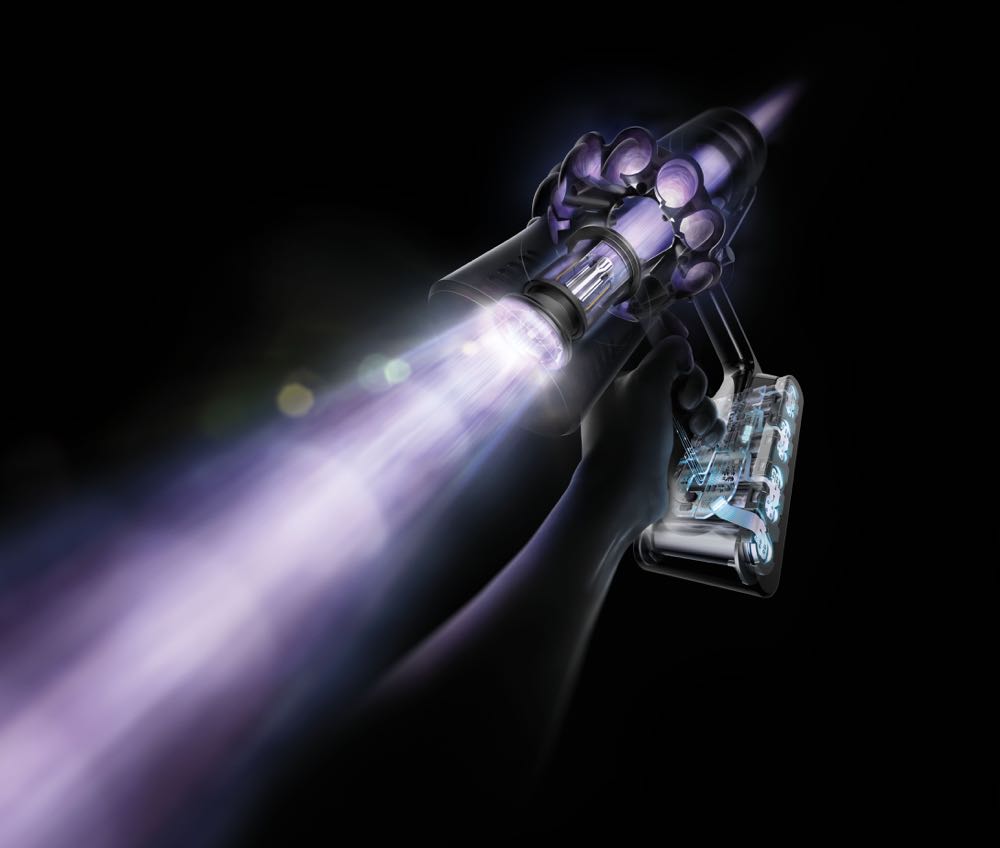 The difference between the V8 and the V10 is incredible. We thought the V8 would be hard to top but the V10 puts it in the shade.

The V8 is probably still better than most stick vacuum cleaners in the market, but the V10 just takes you to a whole new level.

The redesigned head is a factor in the improved performance with the long narrow layout enabling a linear path for even more airflow and improved efficiency. 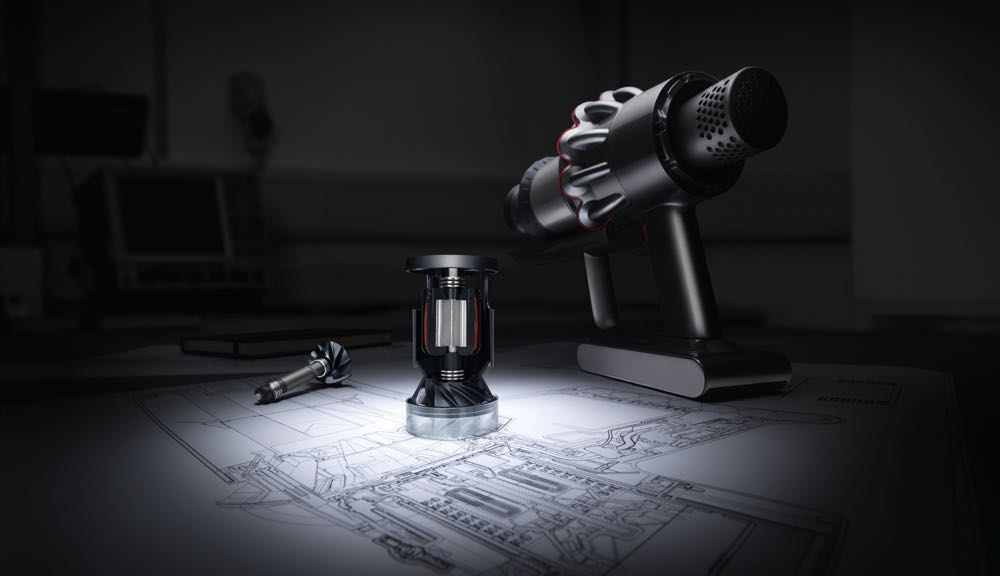 The shaft has to cope with speeds of up to 125,000RPM so Dyson engineers decided to use ceramic which is cured at 1600 degrees Celsius to make it three times harder than steel but with half the density.

The digital motor is also smart enough to adjust itself continually to maintain its peak performance.

It actually knows the barometric pressure, altitude, temperature and even the weather. The Dyson digital motor also knows whether upstairs or downstairs and knows if it’s being used on a table or on the floor.

It takes this information to make tiny adjustments so it can deliver constant performance at those subtly different air pressures.

The Dyson Cyclone V10 Absolute+ has a direct drive cleaner head, which has its own powerful motor inside the brush bar, as well as a soft roller cleaner head in addition to the many motorised tools and the combination tool.

This means your carpet can be deeply cleaned with the roller cleaner head chiming to remove fine dust and large debris from hard floors.
The unit itself has been ergonomically designed to offer a balanced feel so it’s no effort to use whether it’s on the floor or pointing up to the ceiling.

Dyson Cyclone V10 is also quieter thanks to the addition of a layer of acoustic felt around the motor to absorb vibrations and reduce noise.

Users should also remember the V10 has a filtration system that captures 99.97 per cent of particles are smaller 0.3 microns. That’s good news for allergy sufferers.

There’s also been improvement with a more energy-dense battery along with better electronics and battery management. 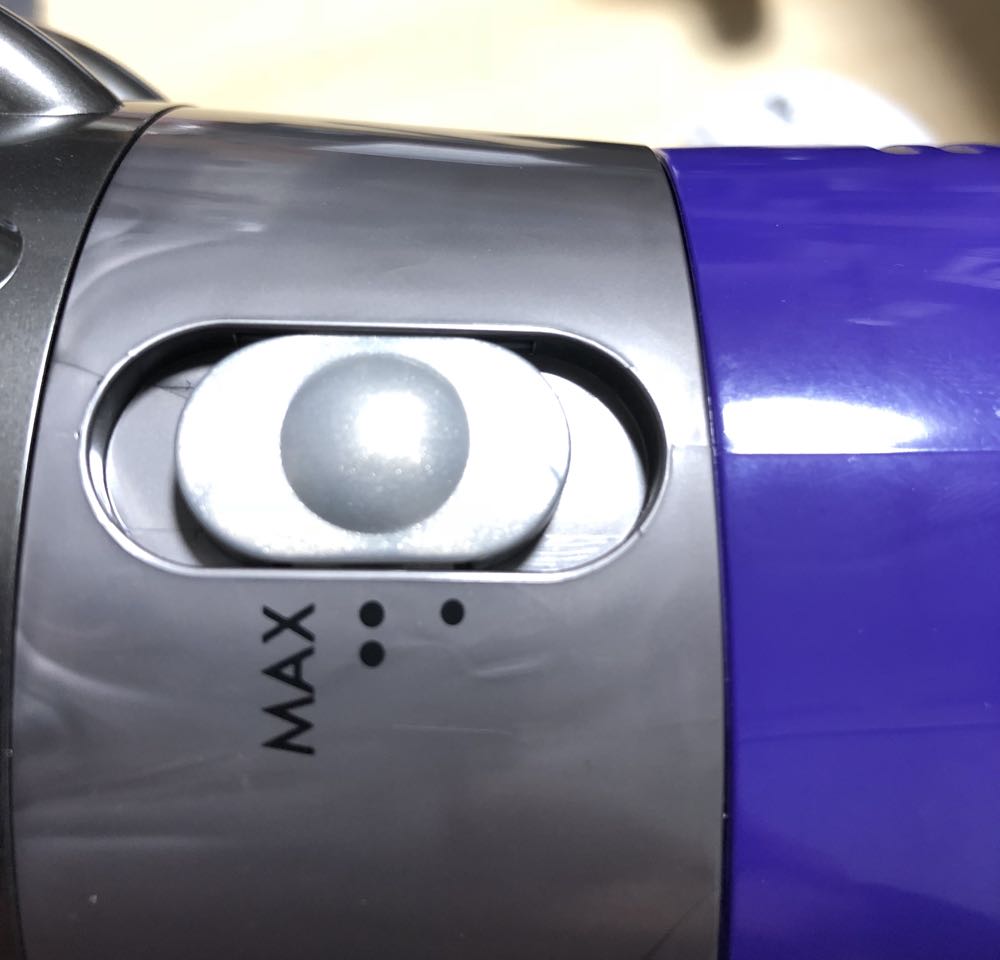 The V10 has seven-cell lithium ion batteries on board to deliver up to 60 minutes of suction.

There are now three modes – MAX and slower modes.

We found the slower modes were fine for our hard floors which would last the better part of an hour on level one in about 40 minutes on level two. 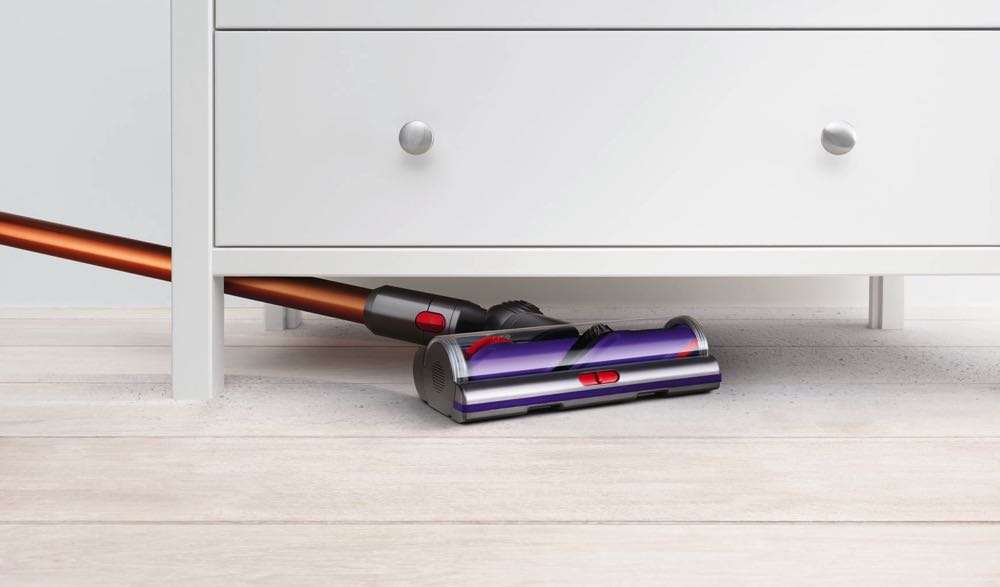 They will be available for preorder on March 16 and available to purchase online at dyson.com.au and from all major electrical retailers from April 6. 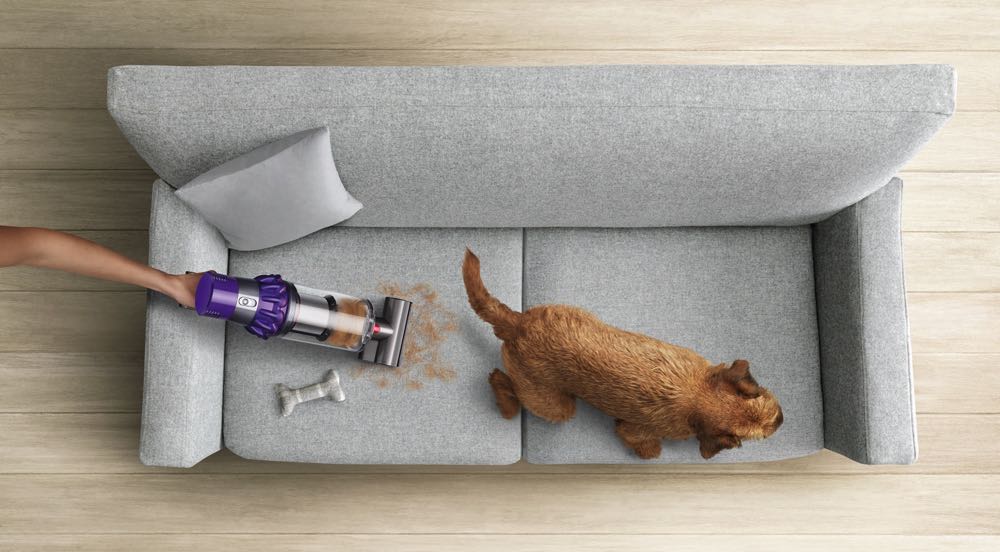 Dyson’s engineers have done it again. They’ve managed to take an already impressive product and make it a lot better. The Dyson Cyclone V10 is the best-free stick vacuum money can buy.

VERDICT: Dyson's engineers have done it again. They’ve managed to take an already impressive product and make it a lot better. The Dyson Cyclone V10 is the best-free stick vacuum money can buy.