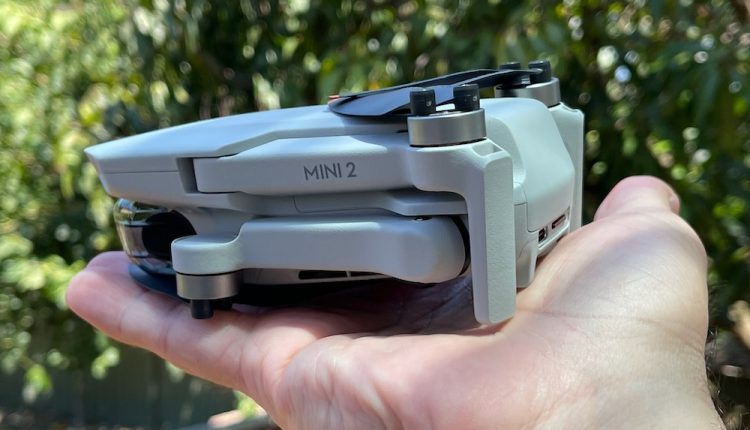 The DJI Mini 2 might be small but it’s huge on features and capable of handling windy conditions. It’s an ideal choice for beginners who want a real drone and not a toy and one that can produce amazing videos and images.

The DJI Mini 2 drone is small enough to fit in the palm of your hand but don’t let its size fool you into thinking it is not a capable drone that can handle the conditions and also produce stunning videos and images.

This is the follow up to the original Mavic mini and its small size and easily portable design really gives you no excuse why you couldn’t take this with you wherever you go.

It’s literally small enough to fit in your pocket but it’s still powerful enough to capture 4K video at 30 frames per second and 12-megapixel images.

It wasn’t that long ago when a DJI drone that was much larger and much more expensive couldn’t come up with anywhere near the quality that the Mini 2 can produce.

Design-wise it has your typical DJI folding prop arms which, in the folded position, is actually smaller then a smartphone and a can of drink.

on the front is DJI’s amazing three-axis gimbal which really stabilises things even in windy conditions when you’re shooting your video or capturing your still images.

The great thing about the DJI Mini 2 is the fact it can be set up and ready to take off in seconds.

The remote control is actually larger than the drone itself and it has a bracket to slip in your smartphone so you can see exactly what the drone sees on your display.

The bracket has enough room to fit in even large smartphones.

During our testing we used our iPhone 12 Pro Max which fit comfortably on the controller. 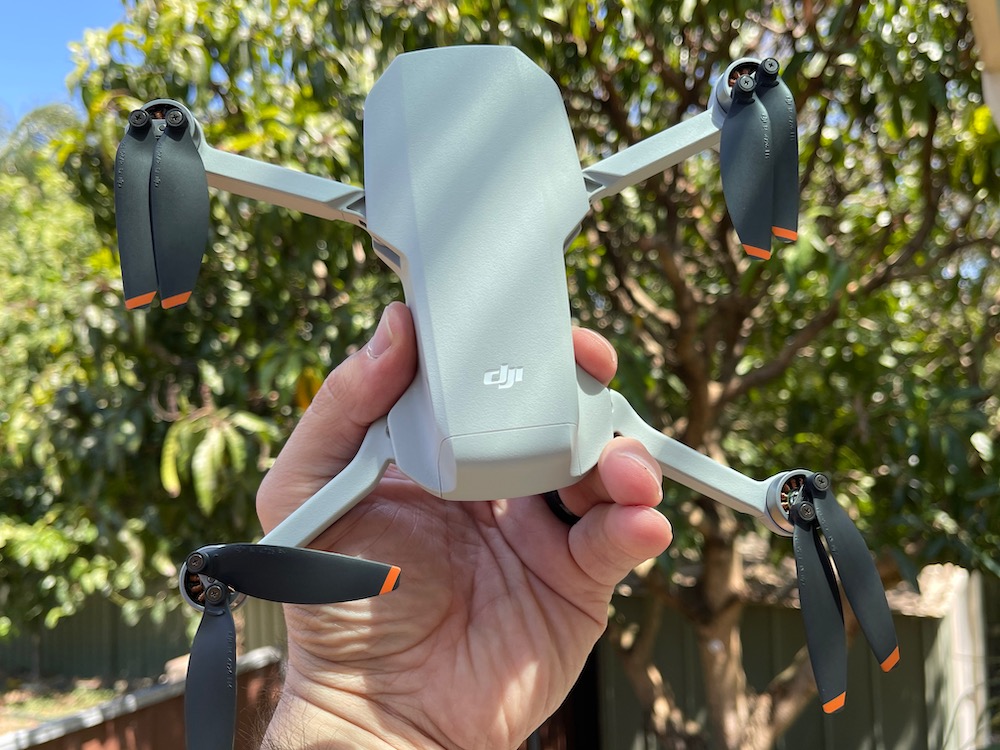 The small size of the Mini 2 makes it an ideal beginner’s drone.

It’s quite light at 249g and doesn’t have the large size that may intimidate first time pilots.

What we liked about the DJI Mini 2 was the fact it offered tutorials for beginners so they can take lessons on every aspect of the drone and flying before taking to the sky with confidence. 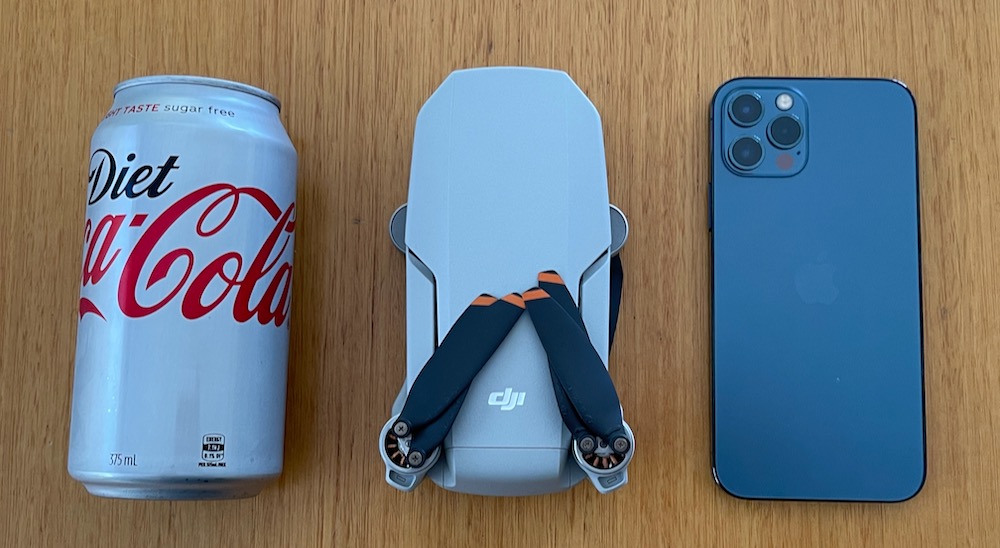 What also helps newcomers is the included high-grade positioning and vision sensors so you can hover precisely in place while GPS keeps track of the drone’s position at all times.

In fact, it take the press of one button on the controller to get the Mini 2 to automatically return to your take of spot and land at your feet.

The camera on board the DJI mini 2 is brilliant with a maximum video resolution of 4K at 30fps at 100Mbps.

On the still image side it can capture 12 megapixel images which can be saved as either in JPG or RAW for those photographers who want to have more editing options. 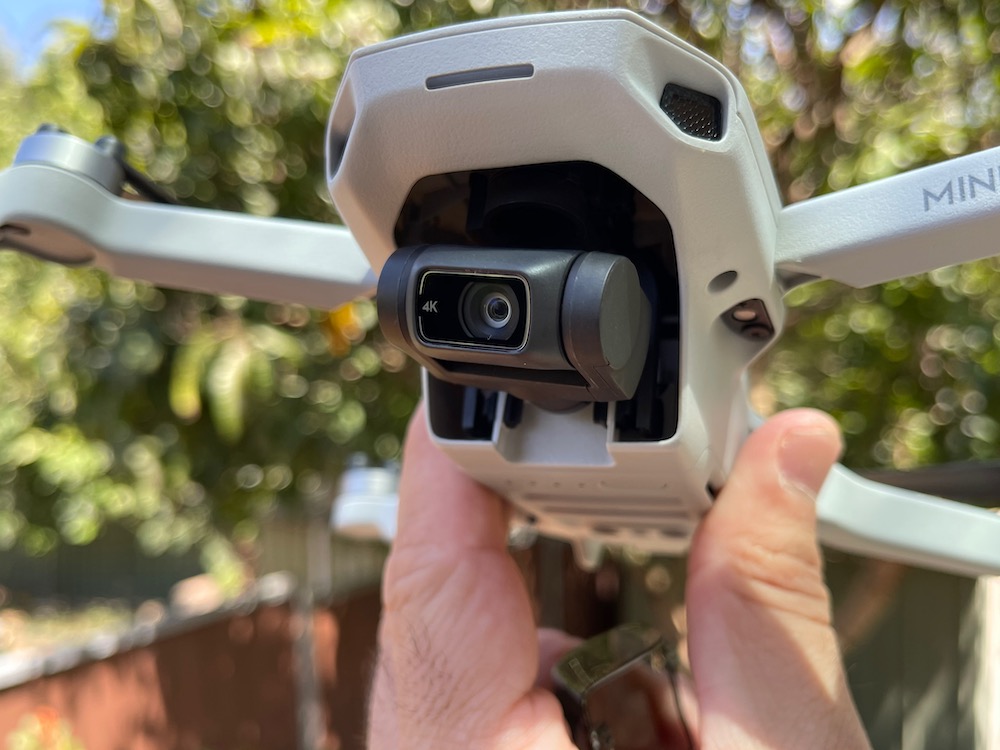 Now it takes a skilled drone pilot to capture steady video while steering the drone at the same time.

it takes years of practise to capture smooth and stunning sweeps that would make a cinematographer proud.

But you too can look like an expert with the DJI Mini 2 thanks to the included Quickshots. These are pre-programmed movements and image capture modes that look absolutely stunning.

You can shoot a dronie (drone selfie) where the Mini 2 flies backwards and upwards while tracking your subject – in this case – you! 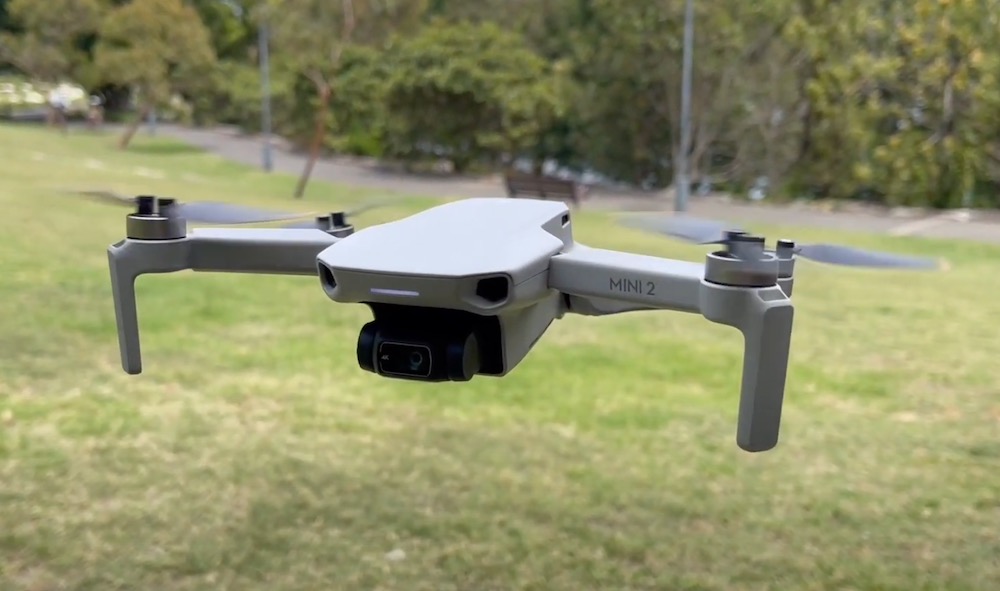 Rocket mode shoots video while flying straight up into the air with the camera pointing directly below it.

But our favourites are Circle and Helix.

Circle allows you to set a radius around your subject which then sees the drone circling at a constant altitude to produce a cool video.

Our other favourite , the Helix, uses the same principle as Circle but increases its altitude as it flies through the 360 degree movement.

These modes can really showcase your surroundings in a remarkable way.

For our review we took the DJI Mini 2 down to Pyrmont and Maroubra Beach and Lurline Bay in Sydney’s east.

Our circle and Helix shots were completed at the point overlooking the ocean which showed off the surrounding area as well.

And it was all done automatically thanks to Quickshots.

There are also some amazing modes to capture still images.

The wide angle mode captures an image consisting of nine pictures arranged 3 x 3 while the 180 degree setting captures seven photos and stitches them together for sweeping landscape images.

There’s also Panorama mode to capture a wider perspective of the scene.

Flying the drone is really easy once you get the hang of the controls.

What really amazed us was how well it handled high winds.

According to DJI, the Mini 2 can handle winds of up to 38km/h.

While the wind speeds during our testing weren’t quite that high, we were still very impressed with how stable the drone remained in the solid breeze on the coastline.

It just stuck there while the 3-axis gimbal got to work and kept the scene as smooth as silk.

The only downside of the DJI Mini 2’s small size is the difficulty of keeping your eye on the drone at a distance.

Drone laws state a pilot must keep their drone in line of sight. 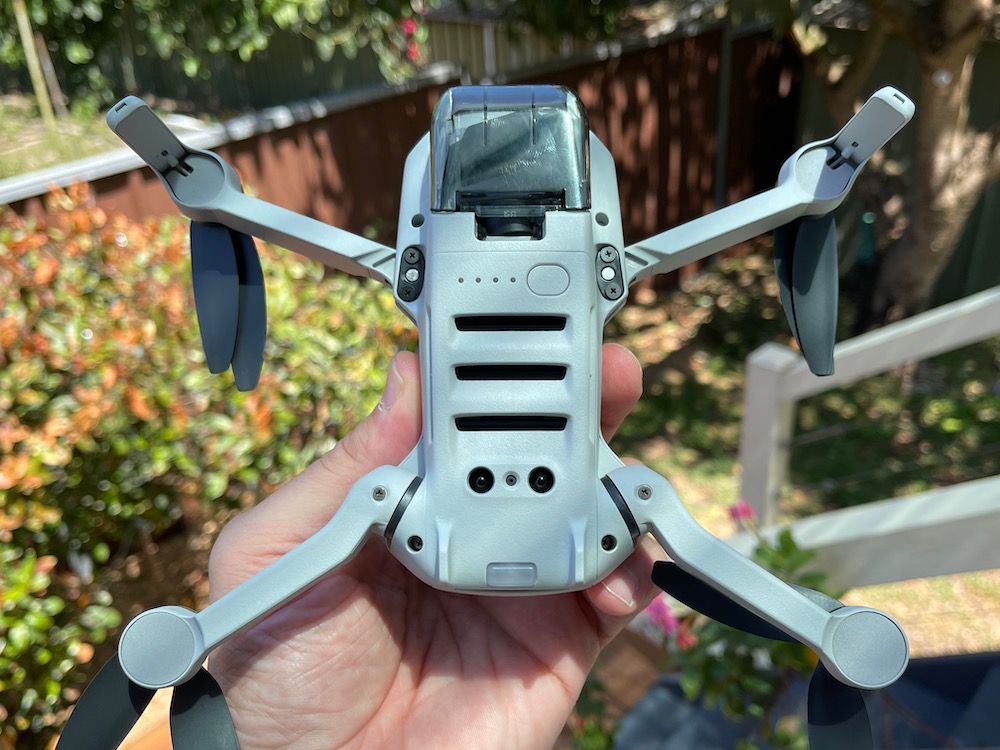 Of course, you can still see what the drone sees through the app on your smartphone.

The Mini 2 can fly up to 10km away from you and reach an altitude of four kilometres – not that you would ever do that because it is illegal.

DJI says battery life is 31 minutes and that’s from the second you take off till it falls out of the sky so effectively, if you want a safe buffer to get back to you, it’s more like about 28 minutes. And that’s still pretty good.

The DJI Mini 2 is priced at $749 and for that you get the drone, a battery, spare propellors and the controller.

But we think the real value is with the DJI Mini 2 Fly More combo which comes with three batteries, a charging hub, controller and carry bag.

The DJI Mini 2 might be small but it’s huge on features and capable of handling windy conditions. It’s an ideal choice for beginners who want a real drone and not a toy and one that can produce amazing videos and images.