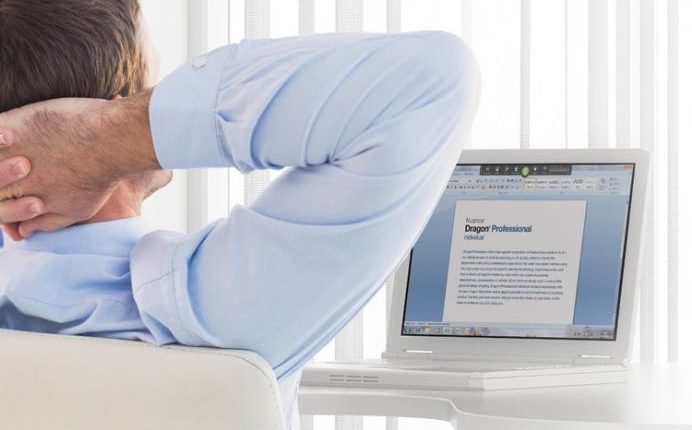 I didn’t type this story. I used my voice to write it. And I did that with Dragon Professional from Nuance which has remarkable speech recognition technology so you can say it instead of type it.

It’s common knowledge that we can talk faster than we can type and Dragon Professional allows you to take advantage of that fact so you can complete your documents even faster.

The software, available for computers and mobile devices, is more accurate than ever before.

We’ve tried Dragon over the years and found it to be impressive but nowhere near as accurate as it is today.

This new version allows users to not only dictate but also control popular applications on their computers just by using their voice. 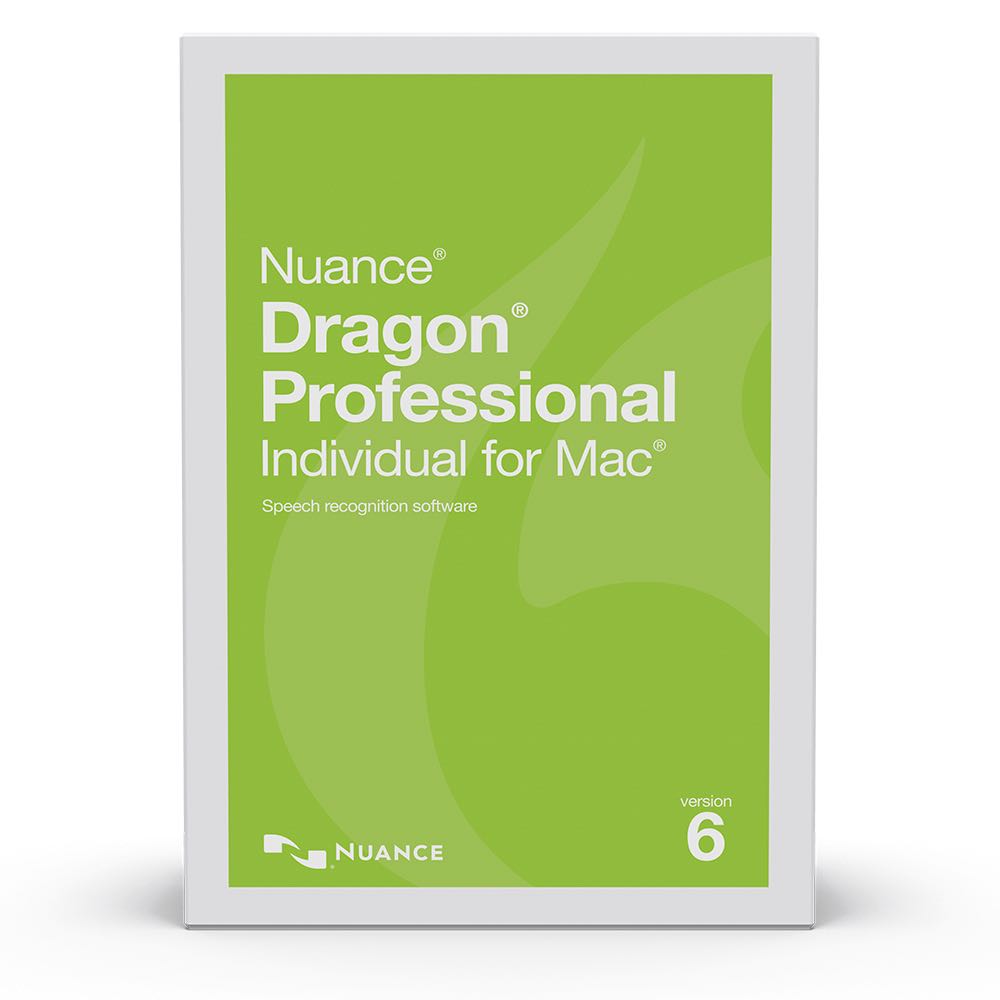 For our review, we mainly used it to write many of the reports you can read right here on our Tech Guide website.

It allowed us to write our stories without having to go back and correct any mistakes we usually make while typing.

We mainly use Dragon with Microsoft Word and also gave it a try to dictate emails instead of typing them.

In fact, anywhere on your computer where you can enter text you can use your voice instead of the keys.

Set up is easy and straightforward and the system needs hardly any training for it to lock onto your voice and dictate with remarkable speed and accuracy. 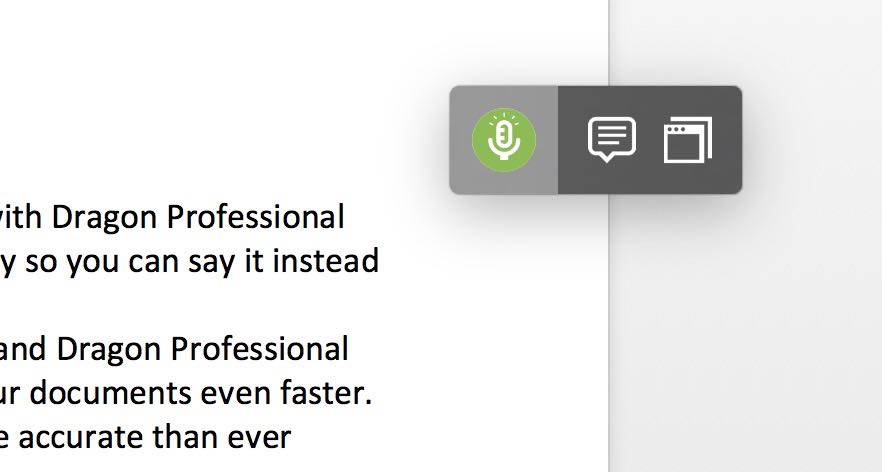 Whatever we said, we saw on the screen a second later.

It builds a profile for each user to maintain its impressive accuracy.

And with built-in deep learning technology, Dragon is constantly learning and adapting to not only your voice but also your environment.

We have used the application in our office and with the television on in the background at low volume.

Complete silence is obviously better because we have had a few words creep in from the TV if the volume was too high.

We used Dragon on a MacBook Pro and it used the computer’s built-in microphone to hear and transcribe what we were saying. There was no need to wear a special headset or use an external microphone.

Dragon did work when we were talking through our earphones mic as well.

For our review, we were using Dragon to write our news stories and reviews and often had to use company names and model numbers.

It got the company names right most of the time but we did have to tidy up the model numbers. 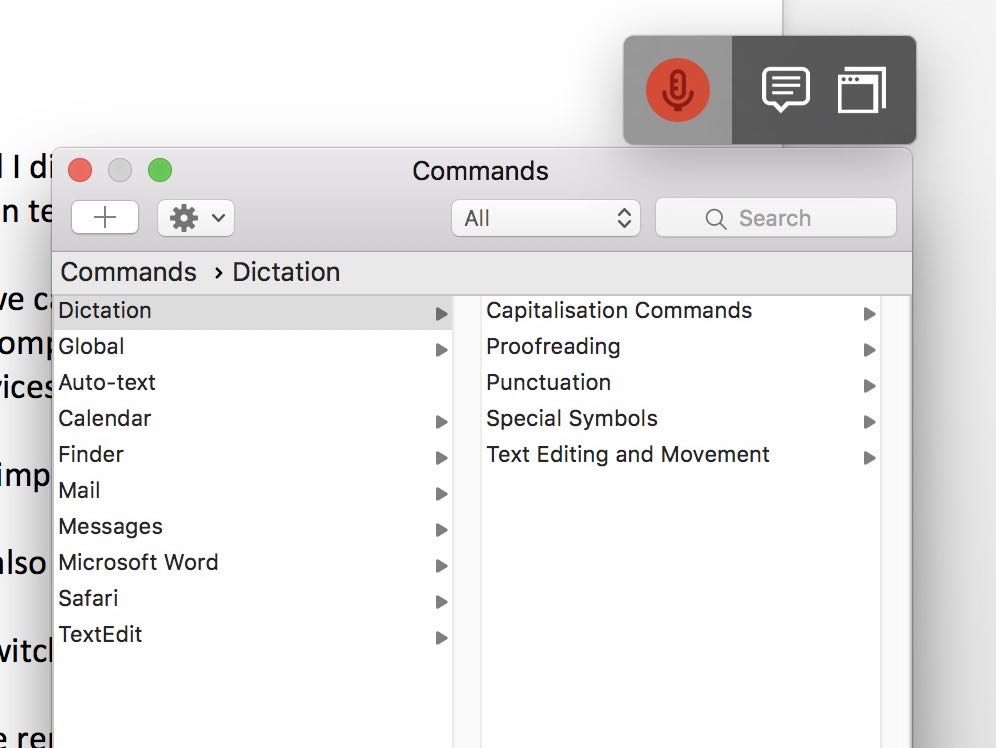 But just as easily as it recognised our voice and transcribe our words it’s also easy to go back and make corrections with your voice.

The more you use it the better you get –  and the better Dragon gets.

It gets to know words and phrases that you use quite often and recognises them when you use them again.

Dragon can also learn acronyms and other unique or specific phrases as well as import and export custom word lists.

And it’s all done offline within the application. It doesn’t require a connection to the internet for dictation. The only time Dragon needs to connect to the internet is to activate it after purchase and to download any software updates.

This useful application can also transcribe audio notes. Dragon supports digital voice recorders and smart phones and can automatically transcribe your audio notes back to text.

But before journalists start celebrating this breakthrough, it should be pointed out that Dragon will only recognise your voice.

Each third-party speaker would require their own licence to be recognised.

Some of the things we didn’t like about Dragon was its tendency to insert an extra space between bursts of dictation –  but this was only a minor issue and easily corrected with a keystroke.

The cursor would also occasionally jump back to the previous line but again, this didn’t happen very often. This could have been a bug that could easily be corrected with an update.

When the Dragon application is active on your computer, you will see a floating window that allows you to turn the microphone on or off or set it to sleep mode.

This is handy when you need to answer a phone call or talk to someone else while you’re in the middle of dictating a document.

There were a couple of occasions where we forgot to turn off the microphone and were amused to see our side of the conversation on the bottom of the story we were working on.

Like everything, practice makes perfect and it is easy to dive back into tutorials so you can learn more and achieve more with your voice.

One of the standout results of using Dragon was a dramatic increase in our productivity. Stories that we usually typed could now be dictated in less than half the time – and with far fewer mistakes to correct.

Dragon Professional is aimed at busy professionals who spend a lot of time completing documents and writing. It will dramatically increase your productivity.

It’s not cheap at $475 but going by the time it can save you, you can quickly get that back.

After all, time is money.

PROS: remarkable accuracy, works out of the box, always learning and gets better the more you use it, saves time.

VERDICT: Dragon Professional is aimed at busy professionals who spend a lot of time completing documents and writing. It will dramatically increase your productivity. It’s not cheap at $475 but going by the time it can save you, you can quickly get that back. After all, time is money.

Is this the first look at Apple’s iPhone 8

HTC U11 smartphone review – quality and performance across the board