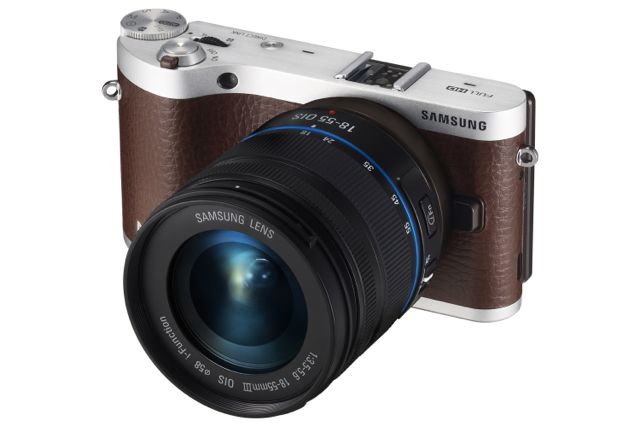 Things are really heating up in this space and when Samsung’s NX300 landed I didn’t quite know what to make of it at first.

On top of that, Samsung’s menu system is, compared to most other manufacturer’s menus, a bit Fischer-Price.

As a long-time Mac user I chide myself for saying that because I remember the days when detractors would hate on the Mac OS with that same tag.

But, well… it’s a bit toyish to deal with, though easy to use once you’re in the right mindset.

In other words, the camera is classier than the personality its interface suggests on first impression. Sorry about that, Samsung.

My first outing with it was a sunrise shoot in Adelaide’s north parklands but Samsung agreed to let me hold on to it so I could take it to Malaysia where I planned to test it shooting on the busy streets of George Town.

So I got to give this camera a really good shake and, I tell you what, I like it a lot.

The first thing you notice about this camera is its styling. The leatherette front panel, the brushed metal top and bottom panels and the gently curved ends give it an appealing retro feel.

I challenge you to not think of the Instagram app icon when you look at this camera.

Samsung packages the 18-55mm with the NX300, which passes a crisp image to the sensor but looks a bit lumpy on this body.

Here’s a camera that is very well suited to shooting street and I would like to have used it with a short-barrel lens to add a further level of discretion while capturing candid shots.

Samsung has a 20mm f2.8 pancake lens, along with a range of NX mount zooms including an 18-200mm, so the choice is available.

The reason it’s so well suited to shooting street is twofold.

On the first count, it’s not a big camera, so your targets will notice you a lot less as you use it.

On the second count, the tilting AMOLED display is excellent. Bright, easy to see in sunlight, plenty of information, and responsive touch focusing, which further conceals your actions.  It’s a joy to use.

Also, it threw a very pleasant surprise that tickled me pink. While trying some panning shots of motorbikes and trishaws in George Town, the camera’s contrast detection AF would lock on to a face once the camera’s panning motion matched the subject motion. Awesome!

It also picked out and tracked faces perfectly in other situations where you would expect it to fail. Impressive.

The NX300’s ace up the sleeve is its APS-C sensor. This class of camera is dominated by Four Thirds systems, so it’s great to see a larger sensor is on offer to those users who appreciate what I regard as an undeniable truth: that the larger the sensor, the better the results.

This is not promoting the megapixel myth, though the NX300 gives you more than 20 million pixels to play with.

It’s more about the optical differences. For instance, as a sensor’s size increases, selective focus compositions with short depth of field are easier to achieve.

Even more impressive is the NX300’s handling of high ISO. I waxed lyrical about the Panasonic’s GX7 handling high ISO so well that ISO 1600 was at last a viable choice in the exposure triangle.

Well, for the NX300, take that ceiling to ISO 3200. It handles high ISO brilliantly.

One last aspect that won me over was the camera’s Wi-Fi capability.

In the Sky Bar at Trader’s Hotel in Kuala Lumpur, I snapped a shot of my Mai Tai cocktail with the Petronas Towers in the background, made some basic edits to the image using the camera, then connected over free public Wi-Fi to send the pic to the world via Facebook.

Dead easy. Worked first time. And on each occasion after.

If you love sharing your shots, you will love the NX300’s Wi-Fi capability.

It’s also easy to share pics with your smartphone, though it’s anyone’s guess why it didn’t work very well with my iPhone. I’ll bet it works perfectly with a Galaxy.

So with the plaudits out of the way, what is it I don’t like? Well, a couple of things.

The absence of an intervalometer is disappointing. Of course, as a time-lapse specialist, I would say that, but it’s an increasingly common feature so its absence is noted.

The controls take a good deal of getting used to but one thing that really irked me was the AF/MF switch on the lens barrel. It’s way too easy to flick it from one mode to another.

I inadvertently did just this enough times for it to become annoying to have to consciously consider it while handling the camera. That’s a big no-no, in my book, because in the fast-twitch shooting street genre, you only discover the focus mode is wrong when your target has passed the lens.

Battery life is not great and that’s thanks, I’m sure, to the display sucking a lot of juice.

When pushing it hard the whole day, the battery ran down before getting a chance to share over Wi-Fi.

If the camera had an electronic viewfinder, you could save power to help get through the day.

On the other hand, the NX300 can be recharged via USB cable, so there are easy solutions to the battery life problem, though they do rely on carrying extra stuff about with you.

Also, no built-in flash. Personally speaking, I’ve never seen a pic shot using a flash with this kind of camera that I liked.

It’s always harsh, unflattering light, though to be fair that’s because most shooters don’t know how to moderate and control flash output.

In any case, to have to carry a flash accessory about is just a nuisance. I’ll bet, too, that you would probably lose that little sucker before long.

On balance, however, you can look past these nuisance issues and when you consider the camera’s other standout features – among them a 1/6000 maximum shutter speed, excellent face-detection AF, basic in-camera editing capability, and 8.6fps burst with JPEG at high quality – what you arrive at is a very appealing camera.

Above all, though, the NX300 offers an APS-C CMOS sensor that produces images with a density sure to be appreciated by those who understand its value for holding a level of detail that challenges the Four Thirds cameras dominating this class.

One other thing to bear in mind is the pricing includes the 18-55mm lens and a copy of Lightroom 4. Not a bad deal at all.

Why Kylie Minogue is the most dangerous celebrity on the internet