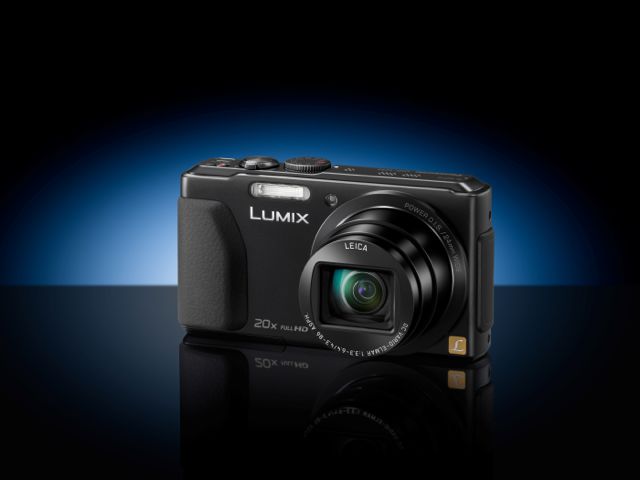 Panasonic has released its new range of digital cameras and camcorders which are designed to suit a wide range of users and wide range of abilities.

Whether you’re a professional, a passionate enthusiast or a beginner, Panasonic’s impressive line-up – unveiled at a special launch event in Adelaide last week – has something for everyone.

The company’s new line-up of HD camcorders is led by the flagship model – the HC-X920M which promises outstanding results for enthusiast videographers. It features Panasonic’s 3MOS System Pro and is priced at $1699.

To give you some idea of who this product is being pitched at, the camcorder the next step down in the line-up, the HC-V720M, is priced at $799. Both of these models will available in May.

A toughie was also announced, the HX-WA30, and it’s clearly aimed at the adventure traveller or extreme sports/activity enthusiast. It’s waterproof to 10m, shockproof to 1.5m, freezeproof to minus 10 degrees Celsius and dustproof.

As with other models announced, it has Wi-Fi, playback via smartphone or tablet, and the ability to stream video in real-time over the web. Available in orange or blue, it’s priced at $399 and will be available in May.

There was a bunch of new Lumix cameras, and the wow moment of the launch involved showing off the new NFC capability that Panasonic hopes will bring a new level of sharing fun for users.

NFC, or Near Field Communication, is a networking feature that enables easy pairing between devices such as a camera and a smartphone simply by bringing them into close proximity.

The two devices can then transfer content, such as a photo or video. It’s not a new idea but certainly a welcome feature for users who like to share on the spot instead of having to download their images to a computer or laptop first.

The standout camera was the DMC-TZ40, which with its 20x optical zoom providing a 35mm-equivalent range of 24-480mm. It would make a great all-rounder camera for users with a wide range of subject interests.

Panasonic touts it as the ideal travel camera but we don’t know why you’d only be packing it to take on holiday. This shooter could follow you everywhere.

It features a newly adopted Wavelet Noise Reduction system and can shoot at 10fps in full resolution off its 18.1-megapixel MOS sensor. It’s priced at $499 and will be available May.

Also appealing was what Panasonic is claiming as the world’s “slimmest body profile in its class” with the DMC-XS1.

This is essentially an auto-everything compact for the clueless shooter but with auto features and a 5x optical zoom. It should cope well with just about any snap-happy situation its owner might find themselves in. It’s priced at $199 and is available now.

Tough cameras are something Panasonic does well and two new toughened compacts were announced: the DMC-FT5 and DMC-FT25, priced at $499 and $249 and available May and April respectively.

The FT5 is the one to go for. It is waterproof to 13m, shockproof to 2m, dustproof and freezeproof to minus 10 degrees Celsius.

This is a camera well matched to an active lifestyle, which is further enhanced with a GPS that complies with GLONASS (Global Navigation Satellite System) for improved accuracy.

And, of course, it’s also got the goods for taking pictures, too with a Leica DC 28mm lens with a 4.6x optical zoom, 16.1-megapixel MOS sensor, LSI Venus Engine image processor, burst mode at 10fps in full resolution, 50p full HD video capture, and Intelligent Auto capability which is arguably the best automatic shooting system on the market.

The FT25 may be half the price but the feature list reads like the compromise it needed to be to meet its price point.

For instance, video is limited to 720p. I reckon if you’d just walked through hell to reach a snow-capped summit, you’d be thankful for spending the extra money for the FT5.