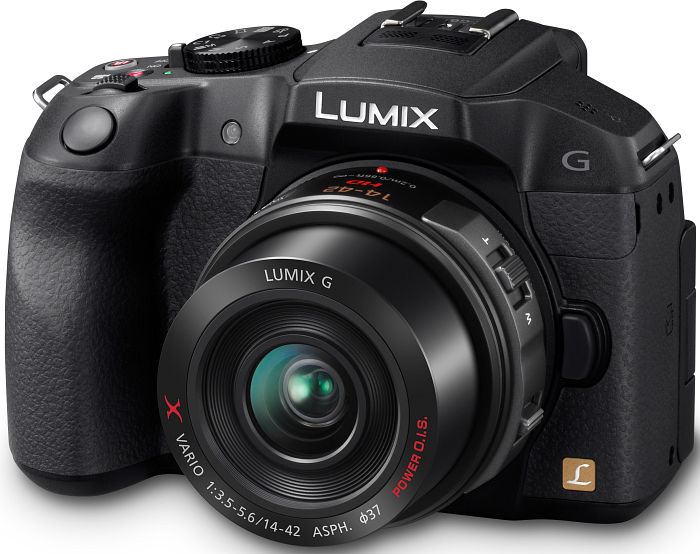 Panasonic has managed to take an already good shooter, the Lumix G5, and make it even better with the release of the G6.

Tech Guide readers might remember I enjoyed shooting with the G5 around Terrigal late in 2012 and that I was suitably impressed.

The G6 takes everything that was good about the G5 and somehow makes it better.

Side-by-side comparison of the spec sheets makes one look like a photocopy of the other.

However, Panasonic has clearly tweaked something under the hood because if my assessment is fair the G6 is delivering better colour than the G5 by a long shot.

My memory of the G5 was that in subdued light images processed in-camera were flatter than I would have liked.

But taking the G6 out in similar conditions returned results that suggest Panasonic has improved image processing of JPEGs.

Of course, if you like to shoot in RAW, the colour rendition opens up, but I tested the G6 mostly shooting JPEGs on the basis that the kind of person who would likely buy this camera would probably avoid processing RAW files.

Otherwise, every reason there was for buying the G5 goes equally for the G6.

Feature-wise, it’s loaded. A 16-megapixel MOS sensor records images and video with a wide choice of capture settings including 1080p at 28Mbps.

One of my favourite things about the G6 is the number of programmable Function buttons.

With two soft Function buttons on screen and five buttons on the back panel, the G6 addresses the needs of the advanced amateur who understands the need for control over capture settings and wants the convenience of being able to quickly access oft-required options.

Given that mining the menus to get at settings is a bit cumbersome, seven Function buttons make life easier, as long as you take the trouble to program them to your liking, or at least learn how to use the default settings.

A significant advance over the G5 is wi-fi, with the G6 offering two wi-fi modes.

One is fairly conventional, allowing network connections with PCs and other devices but getting a big tick (again) is the iOS/Android app that enables your smartphone to become a capture control device.

The caveat is that I found establishing a connection was very tedious compared to the ease with which I used the same function with the Lumix GH3.

Whether this is always problematic with the G6 or I was suffering a brain freeze I can’t be sure but the fact it was troublesome was disappointing.

As with other Lumix cameras I’ve used, I have a lot of kudos to offer Panasonic with its implementation of the Intelligent Auto setting.

In fact, whenever I pick up a Lumix it’s the first thing I try because it’s so fun to use.

Coupled with the G6’s improved image processing, the iA setting will deliver some sparkling images in most situations.

It will tend to crank up the ISO when it picks a poorly lit scene, so some care needs to be taken with that. It’d be great to have in future models a sensor that detects when the camera is mounted on a tripod so the iA tends to adjust the shutter speed instead of the ISO.

Also impressive was the camera’s HDR mode. This is a setting I usually avoid unless the frames can be individually captured for manual processing, however the G6 manages to combine a HDR composite that isn’t gaudy, so this feature is worth a look if you’re similarly inclined to avoid HDR.

Other points with strong appeal are what Panasonic calls “creative features”. These are Creative Panorama, Stop Motion, Time Lapse and Creative Control Mode with its 19 filters (five more than the G5).

Again, as with HDR, I’m personally inclined to avoid in-camera effects but given the networking and sharing features of this camera, the filters are all the more relevant, providing an easy way to stay in tune with the Instagram crowd.

There are a great many other features that potential buyers should examine in the model’s specifications but what impresses me most about the G6 is its versatility and balance.

Here’s a camera that will appeal to users who are past wanting a simple point and shoot and who crave some measure of control over the capture process.

If, however, you want this camera to be a simple point and shoot device, it manages that task extremely well, too.

This means the G6 would make a great buy for somebody who is starting to expand their skill beyond the absolute basics.

In other words, here’s a camera that can grow with a user’s needs – the kind of camera that will be fondly remembered in years to come.

Improved usability is the icing on the cake with the G6. A more responsive AF, a slightly more comfortable grip than the G5, the overall intelligence built into the camera and what I think would be the first Live View Finder that I’ve enjoyed looking through.

What Panasonic has delivered here is a terrific Micro Four Thirds shooter that, above all, is great fun to play with.