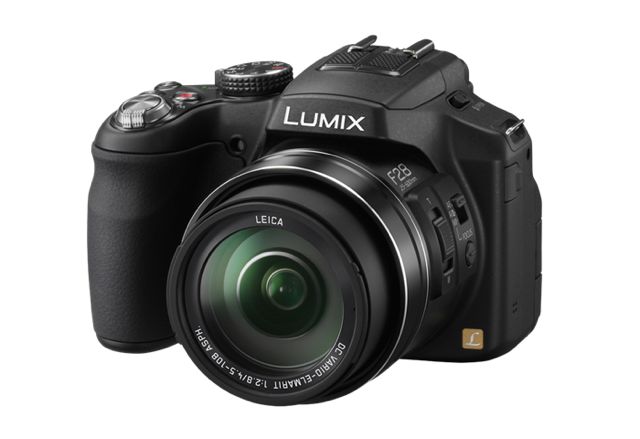 If you want to zoom in even closer to your subjects and still take great images then the Panasonic Lumix FZ200 is the digital camera that can easily do it.

So? So it’s kind of an optical engineering marvel, allowing for faster shutter speeds across all focal lengths but, most usefully, at the long end of the zoom range.

This is good news when you’ve zoomed out to 600mm (35mm equivalent) because camera shake and movement of the subject across the field of view is exaggerated, so you want the fastest shutter speed available to nail your subject sharply.

This is great, except that if your subject is moving quickly, as may be the case if you’re catching sports action, the Lumix FZ200 presents a bit of a hurdle in that it’s slow to write its high quality JPEGs and RAW files and there’s a bit of a lag between shots, about half a second. This is long enough to lose your subject.

Panasonic has this covered with a range of burst modes, which includes a 12-frame burst that captures at highest quality through to a 60-frame burst at low quality.

This solves one problem while causing another, which is the dozens of extra images you now have on your card. It’s a good thing the delete button is easy to get to and offers an option to delete multiple images.

Taking a broader look at the Lumix FZ200’s features, it quickly becomes apparent what the true appeal of this camera is and you’ve probably already figured that one out.

Of course, it’s the 24x zoom range, which makes this camera a very versatile shooter.

In my mind, among the best consumer-grade cameras on the market for shooting travel, with the ability to capture a wide range of subjects or frame the same subject in creative ways.

In fact, so versatile is the zoom range that I’d go so far as saying it easily trumps the minor issues I found while testing the camera.

What are those issues? Auto White Balance is a bit iffy, tending typically to the warm side, up to 1000K higher than it should be.

The RAW format Panasonic uses, RW2, needs to be converted to DNG before it can be processed with Photoshop, meaning more time in post for Photoshop users. More. Time. In. Post.

At the wide end of the zoom, the lens is prone to flaring. Not too surprising given the lens design but, in testing, I was disappointed to see flaring at 25mm even in a well-shaded scene.

Also, delving into the menu system offers extensive options that will be appreciated by experienced shooters but it can be a bit of a pain to get at them.

It’s a good thing there are three programmable function buttons that get settings out of the menu system and at your fingertips. You’ll want to be well practiced at programming this buttons, which is not difficult.

And finally, one of my pet hates. The card slot shares a spot on the camera’s base with the battery compartment, meaning that if you use a support with a quick release plate, you’ll have to unscrew the plate each time you want to get at your memory card.

On the plus side, the video quality is very good, with constant AF and 50p capture in full HD at 28Mbps, though I found the AF (auto focus) can hunt a bit in some scenes with low contrast.

For a lot of users, these issues will be negligible and easily trumped by the versatility of the Lumix FZ200’s zoom range, one which I must point out shows minimal distortion at all focal lengths, another credit to the lens designer.

Images are of very good quality, both RAW and JPEG – crisp, with excellent colour rendition, but with high ISO performance that still lags behind DSLR sensors. I wouldn’t shoot this camera past ISO 3200.

Given this camera’s qualities, I’m guessing all the soccer mums and dads just put their hand up, along with all those about to set off on their European odyssey.