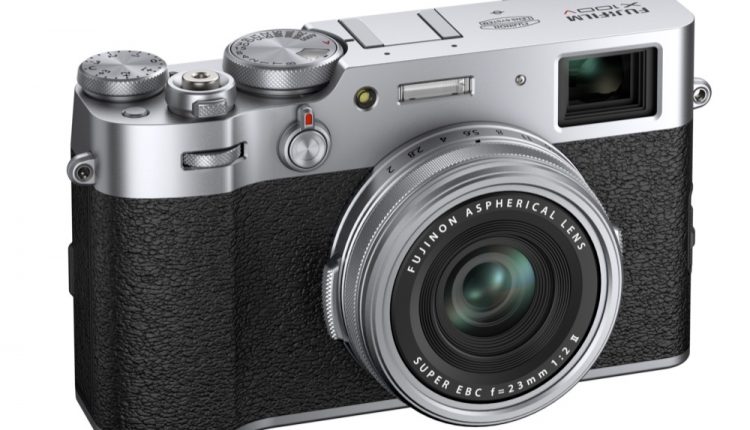 Apart from its excellent image quality and feature set, if you’ve never used a rangefinder camera, it might just teach you something about photography.

On unboxing Fujifilm’s X100V rangefinder camera and handling it for the first time, I let out a little squeal. No, really! That sounds ridiculous, I know, but to explain why I’m going to need to run a little history by you.

A good number of famous 20th century street photographers used the rangefinder type camera to great effect in the execution of their work.

Among my favourites is Joel Meyerowitz who, along with many of his peers, and certainly many contemporary photographers, captured memorable and intimate scenes of everyday city life on the street.

Their rangefinder cameras, the Leica being a popular choice, made this possible because the design of the camera, in which the eye level finder is pinned to the top left corner of the body, allows for framing the shot in an instant while still having a sense, using your other eye, of the rest of the scene. It means you can hone in on your subject while maintaining a broader context of the subject’s place in the scene.

If you want an explanation from Meyerowitz himself, search for a video called “What you put in the frame determines the photograph” in which he explains why the rangefinder is superior to the single lens reflex camera. If capturing the unguarded moment is your thing, the rangefinder should be your weapon of choice. 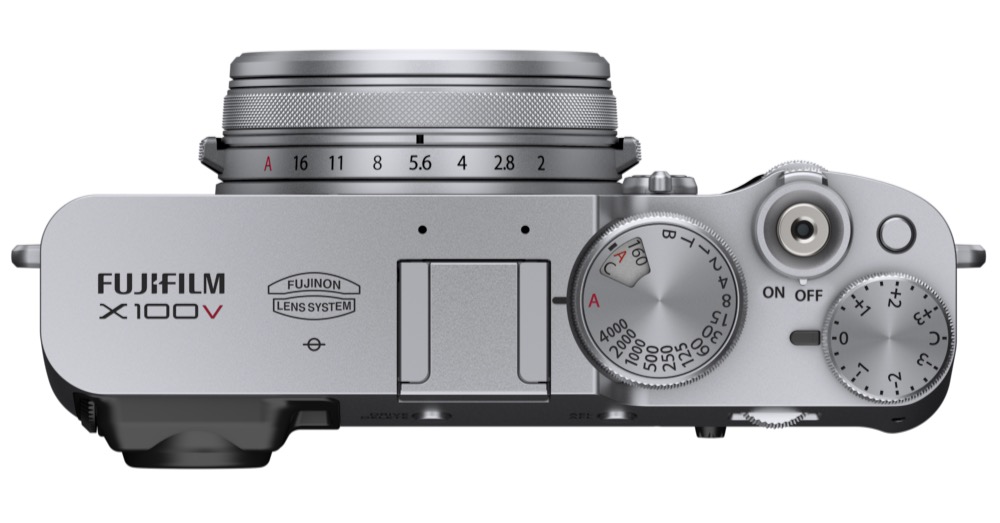 Now, here’s why I squealed. (Hey, it was a suppressed nerdgasm expression of excitement, not a five-year-old at Christmas kind of squeal, so get that image out of your head.) The X100V’s rangefinder can be switched between digital and optical, so the reason I got so excited was because this enables a particular way of shooting that is liberating. But how so?

Here’s the recipe. Switch to the optical rangefinder, set manual focus to 1.5m, the aperture ring (yes, the X100V has an aperture ring on the lens barrel, drool!) to f16, the manual shutter speed according to the sunny 16 rule, or 1/250 at ISO 160 should get you through most lighting situations on a sunny day, and you’re good to go.

The f16 aperture on the X100V’s 23mm lens will give you a depth of field from about 1m to infinity. No need to focus. At all. Also, with a wide dynamic range off the sensor and shooting RAW files, you will be able to recover shadow and highlight detail off every pixel in all but the most extreme contrast lighting. 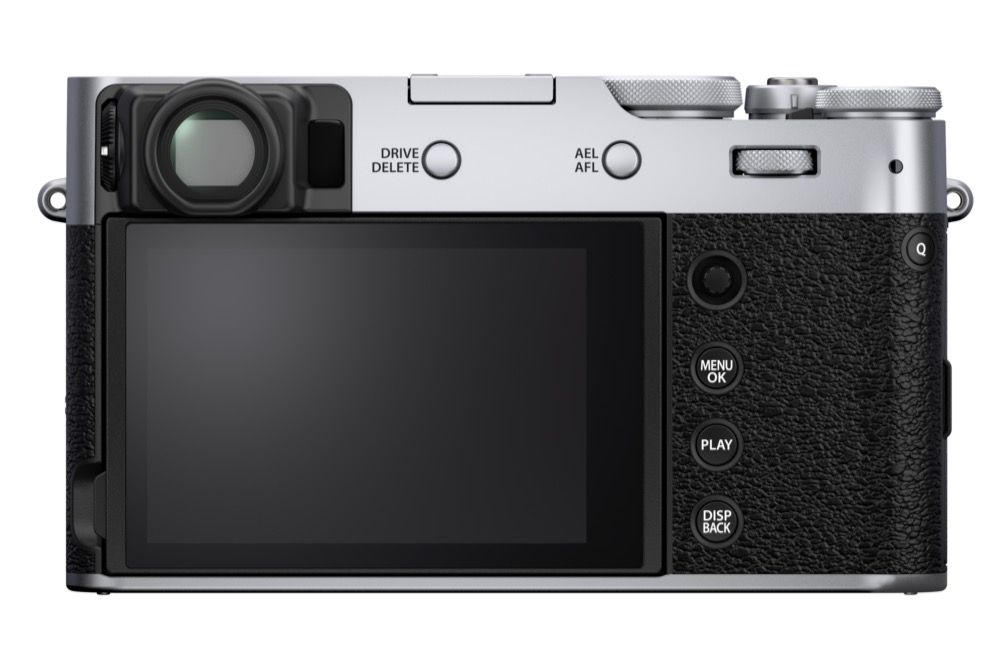 This means that all that’s getting between you and a result is the skill of putting a rectangular frame around the target. No need to concern yourself with anything other than that. And it’s a blast. It will teach you about framing, which with the modern preoccupation with technical capability and pixel counts and video resolutions and what not, is something I think is often forgotten but mastering framing on the fly can separate ordinary from good, and good from great.

Unfortunately, this style of shooting promotes getting  close to your subject to fill the frame and, for as long as COVID-19 is a thing, invading people’s personal space is a really bad idea.

Thus, when I put this shooting method to the test, which is something I’ve been itching to do for ages, I had to be content with walking Adelaide’s riverfront precinct nabbing selected slices of architectural and streetscape elements. But regardless of subject, the method is the same. And it’s liberating.

Of course, that extensive depth of field at f16 getting everything effortlessly in focus may not be your thing, so if you’re after some bokeh, the maximum aperture of f2 will let you express that creative option with subjects within close range. For this, you will want to enable the AF because the manual focussing ring is a bit spongy. I found the AF accurate, if not a little tardy, though I’m making a comparison against a Canon 5D Mark IV, which may be a little unfair. 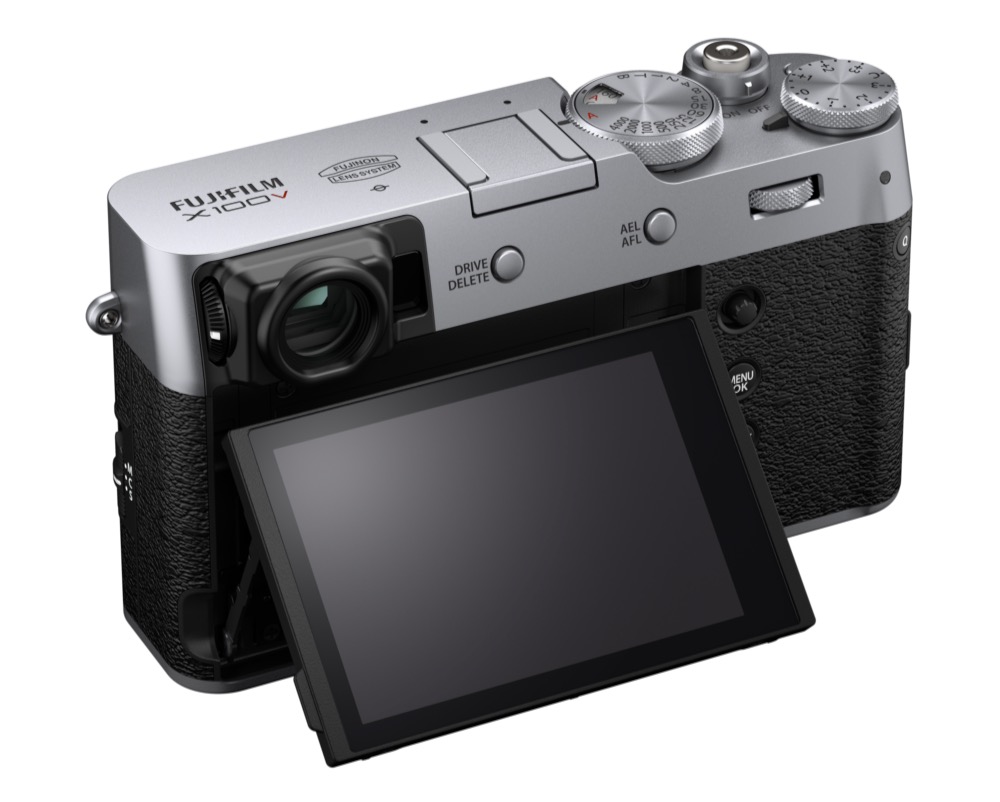 If you were to ask me to recommend the X100V on just one feature, its optical rangefinder would be it. But what else is in the package?

To begin with, the optical rangefinder is enhanced by an equally old school design. Two features of the design I loved were the toggle switch on the front panel and the ISO selector. The toggle switch looks exactly like the self-timer that was once a common feature on film SLR cameras and mechanically performed the self-timer function.

On the X100V, that toggle is used to switch the rangefinder between optical and digital. There’s also a programmable button built into the toggle. Other buttons are programmable, too, which when combined with the comfortable control layout, provides customisation to match your shooting style to bolster responsiveness.

The exposure compensation dial sits on the back right corner of the top panel and with its firmly stepped rotation promotes eyes-off compensation adjustments while shooting in auto, such that you don’t need to take your eyes away from the rangefinder and off the subject. This camera is designed to keep you connected with what you’re shooting.

I was astonished to find the 26MP X-Trans CMOS IV sensor delivers 56.1MB files when shooting RAW uncompressed. The files, as expected from the X-trans, are beautifully detailed and faithful to the subject.

However, if you’re going to shoot uncompressed RAW be sure to have a fast, high-capacity SD card to write to. You may not need to use the uncompressed RAW very often. The lossless compression option delivers very usable files. That said, I stitched together a 15-shot panoramic image from uncompressed RAW source that would make a stunningly detailed large print.

The colour rendition off the sensor is quite lovely. It’s very neutral and will handle soft tones gracefully, allowing plenty of scope in post-production with capable software. If you want JPEGs out of the box with more punch, the camera’s film emulation modes deliver.

As a devotee of time-lapse photography, it was reassuring to see an internal intervalometer along with an exposure smoothing option. I don’t see any reason why this shouldn’t now be a standard feature in digital shooters and it certainly is not uncommon. Not so common is the X100V’s internal neutral density setting.

Enable it and you de-sensitise the sensor by several stops. This is such an important option for shooting time-lapse in daylight and will add a lot of appeal to captures by blurring subjects in motion as they pass through the scene. An internal ND gets a big thumbs up.

Also appealing is the shutter speed range. A top speed of 1/4000 and the ability to dial down to 15 minutes via the T setting is a welcome range that will cover off everything from action to astro. Thumbs up.

Fujifilm maintains its commitment to minimalistic back panel control design with a very simple layout that includes the nipple selector button. If you haven’t used one yet, you must give it a go. I much prefer it to the four-way selector, which by comparison is slow and awkward to use.

If you can tear your right eyeball away from the rangefinder, the rear display offers everything you expect to find, from touch focus shooting to fast and easy parameter settings combining the Quick menu and nipple selector. If you’re new to Fujifilm cameras, it will take some getting used to.

If I pick one up after handling another camera make, I have to reset my brain a little to cope with Fujifilm’s menu system, but it’s not rocket science, and you should be flying in no time at all.

Shooting in video offers plenty of scope with a wide range of format settings including 120fps in full HD for smooth slo-mo playback. With the camera set to 4K at 29.97fps at a max 200Mbps your memory card will be under pressure so budget for that when you purchase if you don’t already have high-performance cards.

On the down side? For a start, with this shooter being such a good all-rounder compact, it seems a pity the rear display can’t swivel around to face the front. Selfie fans and vloggers will be disappointed with this.

One workaround is to use the Fujifilm smartphone app for remote viewing but, apart from adding another layer of technology to get in the way of spontaneous intentions, Fujifilm’s set-up for wireless is awkward to say the least. There’s a lot of room for improvement here, not least of which would be making the wireless set-up and activation procedure reside in the same menu.

Also, there is no image stabilisation. Personally, I don’t find this an issue. I’ve always been of the opinion that if you don’t know how to hold a camera still enough to capture a sharp image, you probably need a better tripod, either a mechanical one or the organic version with legs and a good bracing stance.

That said, if you’re accustomed to leaning on IS for sharper images or you have another good reason for needing IS, you might want to look elsewhere.

Another down side is the fixed lens. It’s a quality Fujinon lens, to be sure, and I’m a big fan of prime lenses but for some users the fixed 23mm focal length will be limiting. If you are hung up on this, bear these things in mind: with 6240 × 4160 pixels, there’s plenty of scope for cropping images to mimic a longer focal length.

Also, Fujifilm offers screw-on conversion lenses, one each for for wide and tele shooting. I haven’t used these conversion lenses so I can’t speak to their quality with any authority but my past experience with such things is that they’re cumbersome and optically imperfect, not to mention an added expense on top of an already hefty asking price and a bit of a pain to lug around in combination with a camera that is so well suited to a candid, on-the-fly shooting style.

The only other thing I found irksome was the lens’s AF motor. It’s noisy. Put the camera down on a desk while it’s still on with the AF activated and the buzzing of the lens as it hunts for a subject will make you think your phone is ringing on silent mode.

Given the camera is otherwise nearly silent in operation (or actually silent when using the electronic shutter) it’s disappointing the AF has an obvious buzz.

The non-swivel display and the fixed focal length will be a deal breaker for some users but if these features of the camera won’t cramp your shooting style, this is a camera I would strongly recommend as the one to have by your side at all times. Light, compact, but very capable and versatile, it won’t sell you short for good results as compact shooters so often do.

The Fujifilm’s X100V rangefinder camera is priced at $2349

Apart from its excellent image quality and feature set, if you’ve never used a rangefinder camera, it might just teach you something about photography.