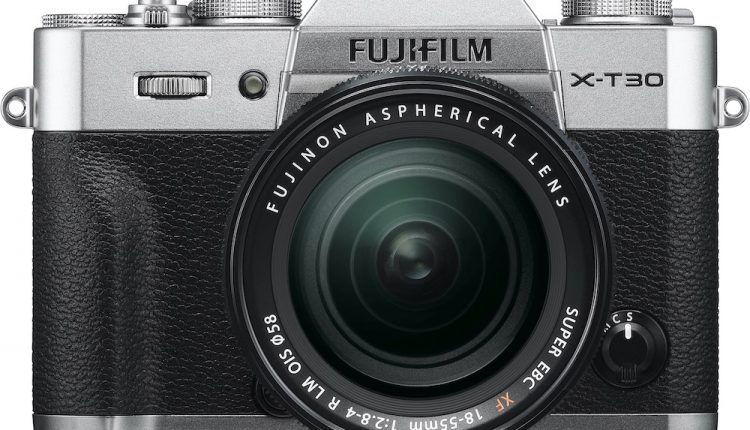 Marry the X-T30 with a Lumix OIS zoom lens and you have a well-featured, small form APS-C camera with very good performance or a very useful partner to an X-T3.

Tech Guide readers who saw my review of Fujifilm’s X-T3 a few weeks back might remember how I was taken with that camera’s excellent functionality and image quality.  Now, it’s the X-T30’s turn for a look and the first thing I thought on unboxing it was: “is this just a baby version of the X-T3?” because if it is, it’s already on a winning track.

However, whereas I expected it to house an M4/3 sensor because of the smaller body size, it has the same 26.1MP APS-C CMOS 4 sensor as its bigger cousin. Nice one. Big thumbs up right there.

The X-Trans sensor is impressive tech delivering to its users images that look like they were shot on a full frame camera.

To have that kind of imaging quality in such a small package gets more thumbs up and so everything I wrote about the X-T3’s image quality – crisp, detailed images with excellent colour rendition – holds true for the X-T30.

Turning to the design of the X-T30, it manages to maintain the old-school features that define the Fujifilm line: a lens with an aperture ring and shutter speed, exposure compensation and mode dials set out like it’s from 1992.

Picking up a Fujifilm camera, you almost reach for the film winder to get started. A small thing I also love is the firm shutter release half-press used to wake the camera from sleep or activate the AF.

It’s just firm enough for you to know exactly the pressure required to make it work without actually firing a frame. If you’re a seasoned Fujifilm user, this will not surprise you. Others will surely come to appreciate this along with the maker’s loyalty to a retro design and intuitiveness. 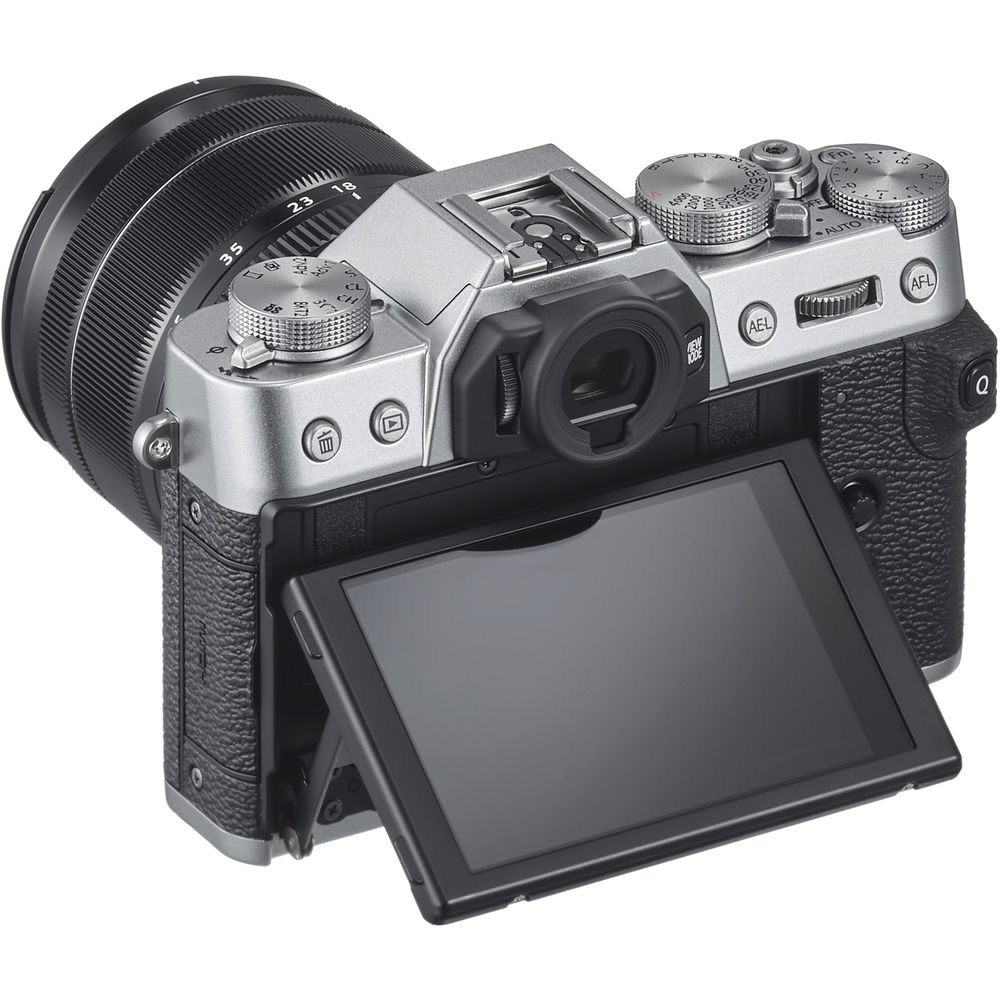 Unlike its bigger brother, there’s a “Focus Lever” on the back panel supplanting the D-pad typically found on digital cameras. You use it exactly the same way as a D-pad to navigate menus, settings and to shift focus points.

This takes very little effort to get used to it. Indeed, I found it absolutely intuitive, as if such a control device had always been there, which, when you think about it, is kind of true. The back of a Canon body, for instance, has a similar lever.

Fujifilm’s GFX 50S has it. On the small form factor of the X-T30, such a design element is a logical choice but it’s not the inclusion of it that will surprise you so much as the exclusion of the familiar D-pad control. It may take a little getting used to for those new to the Fujifilm way. 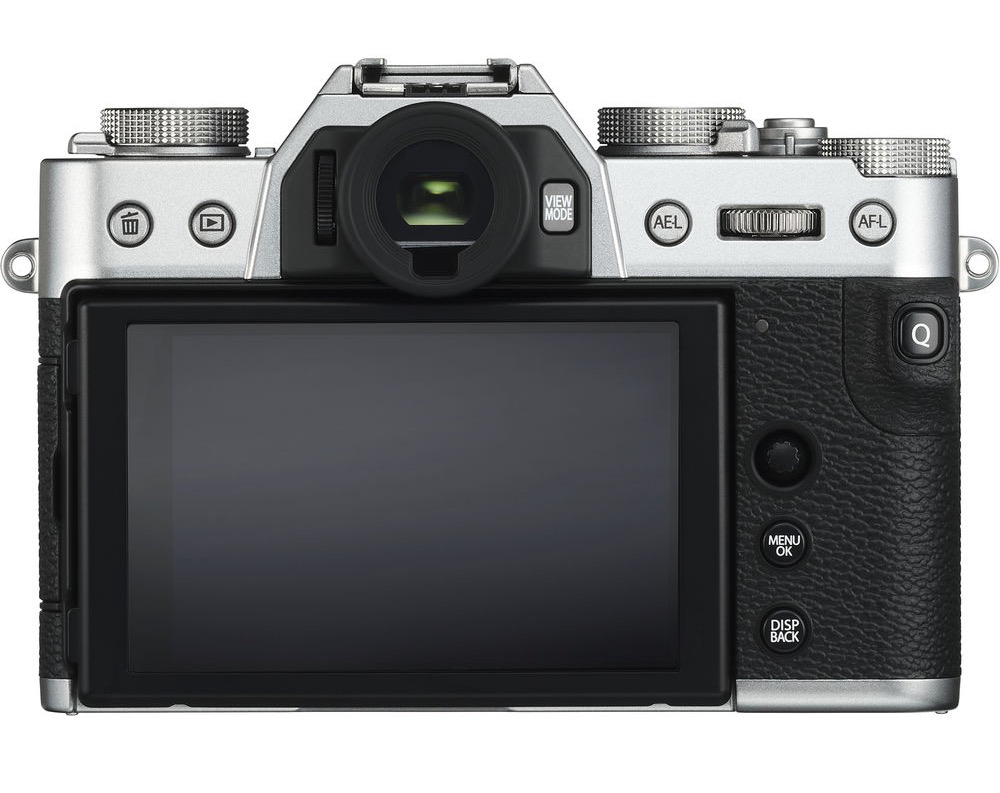 If you’re an owner of the X-T20 and wondering if an upgrade is worth it, wonder no more. The feature upgrades are significant. There’s a new  AF system for improved low light and subject tracking with four times the number of phase detection pixels than the CMOS 3 model. The on-sensor phase detection AF area now covers the entire frame for quicker, more accurate focus on a subject anywhere in the frame.

The AF works better in low light, too, with a limit for phase detection AF expanded from +0.5EV to -3EV, making it possible to autofocus in very poor lighting such as at night or under dim light.

This was one of the first improvements I noticed, actually, as my initial handling of a review camera is invariably while sitting at my computer and pointing it at objects on my desk. My office has very low ambient light but the X-T30 responded surprisingly well.

If you’re a keen video shooter or just want a step up in capability from an earlier model, the X-T30 offers 4K/30P video functionality and a higher resolution audio capability without requiring additional equipment. Impressively, the X-T30 uses almost all of the sensor’s pixels to record in 6K in order to downsize the capture to produce 4K. That’s a clever trick.

When I switched into the DCI format (17:9) shooting at 23.98p at 200Mbps and capturing in F-log, the graded edit was gorgeous. Certainly not what you would expect from this camera when you pull it out of the box.

Another neat feature is being able to apply film simulation modes not just to stills but video, too, including the new ETERNA motion picture emulator – if you’re into that sort of thing, of course, though if the previous paragraph meant something to you, you’re probably not.

There’s a solid range of video capture settings including a Full HD High Speed recording mode with up to 120fps, but no High Speed capture in 4K. To record at highest quality at 4:2:2 10-bit you’ll need to send the capture through the HDMI port.

The smaller form factor and light weight of the X-T30 is going to be well received by those after a small mirrorless with interchangeable lenses. Also, this is not a must-by motivator, but I discovered the X-T30 with 16mm lens fit into the load capacity of my Snoppa Kylin motorised gimbal which I bought for use with my Lumix LX100 or GoPro. Relevance to you?

A lower price point for a motorised gimbal. Like I said, not a dealmaker but worth considering if you want to up your video game with a handheld gimbal but not have to pay for a pricier one designed for a larger/heavier body. Put another way, the X-T30 offers a good foundation for a lightweight system.

Importantly, the X-T30 just won’t keep up with the same capture demands of the X-T3. In more than one respect, it’s just not as robust.

For instance, I locked up the camera after trying to jam a lot of data through, such as a seven-frame AE-bracketed RAW capture, requiring a battery removal to reset the camera. I hate it when that happens.

Also, power management was odd. In power save mode, the camera drew enough current to trickle out a charge that drained the battery if it was already nearing empty. Odd that, because otherwise the battery’s not a bad performer, able to expose 1479 RAW files in time-lapse capture mode (five-second intervals with rear display off) before giving out. A second battery, nevertheless, would be a good investment.

Other than the price difference, the X-T3 and X-T30 are in many respects very close but, in some respects such as the video compression choices offered in the X-T3 but absent in the X-T30, they’re far apart. I expect that for the shooter more likely to value the smaller size, the X-T30 should meet or exceed expectations. Also, for the owner of an X-T3, the X-T30 would make an excellent second body given they share the same lens mount.

The X-T30 has one thing the X-T3 doesn’t. A built-in flash. And it’s cute as a button. Literally. Neither camera, though, has in-body image stabilisation, and I expect for a lot of buyers eyeing off the competition this could be a deal-breaker. That said, I suspect the kind of shooters who go for the Fujifilm line are the kind who would be satisfied with stabilisation from one of Fujifilm’s OIS lenses.

Despite whatever shortcoming you may perceive the X-T30 to have, I believe the X-Trans sensor will trump it. This is a gorgeous sensor with a very particular quality of clarity and colour rendition that sets it apart from the competition.

Let’s be clear, though. I’m not saying it’s necessarily better than the competition. I’m just talking about its character, in much the same way I might direct you at the newest Ektachrome film over Velvia; there’s a character to the X-trans that may or may not seduce you but it’s one that’s definitely worth investigating.

A warning, though, for those dipping their toes in X-trans captures for the first time. Be very careful how you sharpen the files. The pixel arrangement in the X-trans sensor lends itself to “wormy” artifacts if sharpened using Lightroom. If you’re assessing RAW files from this camera for the first time, send the file to Photoshop (or even better, use Capture One) either directly through Adobe RAW or as a TIFF or original RAW from Lightroom because the way Lightroom handles the sharpening of Fujifilm RAW files is tragic and will drastically compromise your assessment.

Marry the X-T30 with a Lumix OIS zoom lens and you have a well-featured, small form APS-C camera with very good performance or a very useful partner to an X-T3.

Chris Oaten is a professional photographer from www.insightvisuals.com.au

We get behind the wheel of the new Tesla Model 3