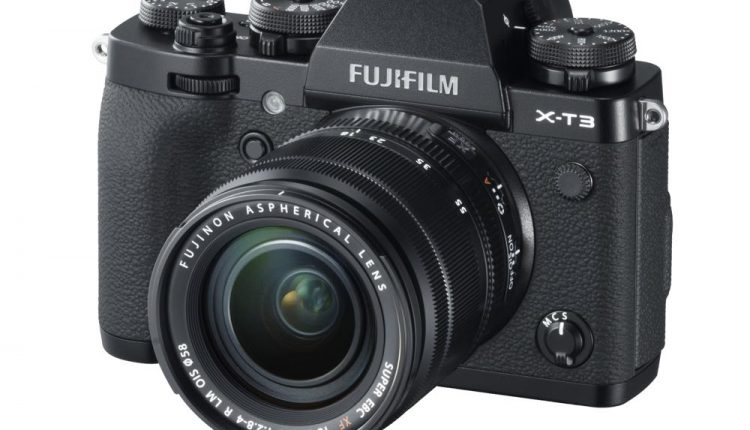 A very impressive release from Fujifilm absolutely worth a closer look.

I’ve heard some great challenges to my technical sensibilities over the years but when Fujifilm’s people asked the gathered throng at the first showing of their new X-T3 to “not think of it as an APS-C camera” I was incensed.

Context. Over the last few years, I’ve spent a lot of time shooting commercial timelapse and in almost every instance there’s a decision to be made, being this: will I get by with shooting this clip on a crop-sensor camera or is it the kind of shot that really needs a full frame treatment?

I am, as a consequence, acutely aware of the limitations of the smaller sensors, especially from both the Canon and Nikon camps.

So here’s the first surprise. The X-T3’s APS-C sensor delivers uncompressed RAW files of about 58MB off a 26.1Mb sensor with pixel dimensions of 6240 x 4160. Crop sensor? Really?

But the proof is in the pudding, they say, so forgetting the tech specs and looking at the files, the verdict is… well, these files are gorgeous.

The loaner unit for review was supplied with the Fujinon f1.2 56mm lens, which offers excellent optics.

It’s a pity Fujifilm didn’t also send one of their tele lenses so I could flex the camera’s action capture muscles because it has a new Sports Finder mode that frames the capture area (to help with predicting subject framing) plus two burst modes; CH (Continuous High) burst at 8fps and CL (Low) burst that can be set to 5.7, 5.0, 4.0 or 3.0 fps. In any case, the 56mm combined with the pixel count of the X-T3’s sensor combined to offer images that – yes, I’m calling it – have a full-frame feel that, I can only hope, comes across effectively in the sample pics accompanying this review. 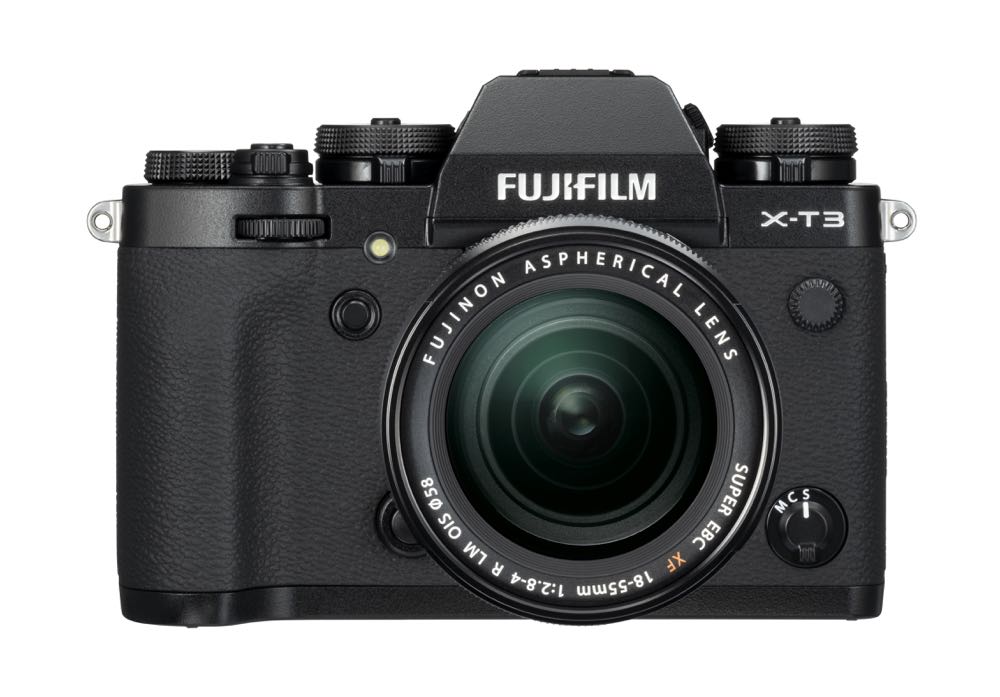 Fujifilm’s R&D development is clearly paying off with this camera, with the X-T3 boasting a fourth generation X-Trans CMOS 4 sensor and X-Processor 4 image processing engine that represents seven years of continual development.

For me, the acid test for sensor performance has always been foliage detail. Nothing will reveal the shortcomings of a sensor better than the fine edges of leaves or the irregular feathery surface of a herb such as lavender and from what I’ve seen in testing, the X-T3 handles this kind of subject better than any APS-C camera I’ve yet handled. 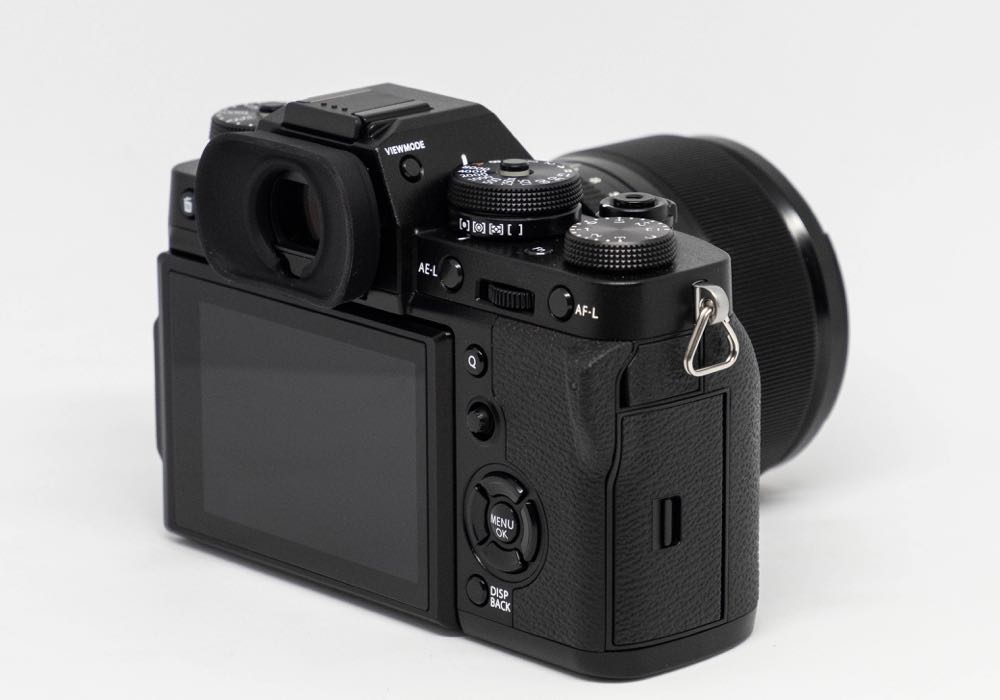 Up against the very high pixel count/density of something like a full-frame Canon 5Ds or Nikon D850, the X-T3 comes off second but, you know, take a look at the difference in pricing. The value proposition here is you get lots of bang for your buck with Fujifilm’s crop sensor.

If it seems like I’m a bit too excited, it’s because if all that any new camera had to offer was an outstanding sensor I could be impressed but pixel performance is just the start of what’s going on with this shooter.

The following plaudit will come as no surprise to seasoned users of Fujifilm cameras, so if that’s you then skip this and the next paragraph.

Also skip along if you’ve never handled a 35mm film camera such as an Olympus OM 10 or Pentax K1000, because this 54 year-old shooter remembers those cameras as clear as day. 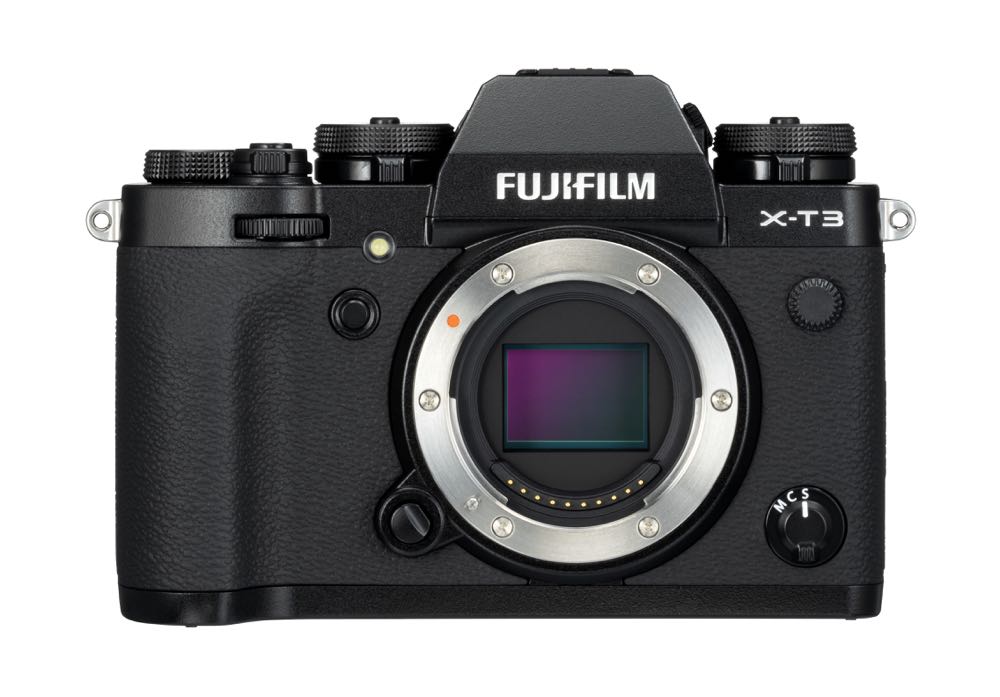 Relevance? Those 1970s film boxes had just one place to put their control knobs and dials: on the top panel, which is exactly where you’ll find all the shooting controls to get the job done when using the X-T3.

On the left of the eye-level finder is the ISO dial and Drive Mode sub-dial. On the right of the finder is the Shutter Speed dial and Focus Mode sub-dial, along with the on/off switch surrounding the shutter release, and an Exposure Compensation dial.

Also up top are a programmable function button and the Display Mode selector on the right face of the finder.

Shooting Goolwa with the Fujifilm X-T3 4K HEVC from Chris Oaten on Vimeo.

If you want to switch between Auto and Manual Focus modes the switch for that is on the front panel to the left of the lens. This feels odd at first but I quickly got used to sliding a finger to the front and “feeling” out the position of that switch.

Add to this the aperture ring on the lens (yes, on the lens barrel) and what have you got? A camera that holds to some very well established traditions in camera design that have stood the test of time.

This, ladies and gents, feels like a “real” camera. If you’re my vintage, this camera will seem like a reunion with an old friend. If you’re a digital native yet to handle an X series Fujifilm shooter or something with old-school design sensibilities such as the Nikon Df, I’d venture to say you’re in for a treat.

One more thing about the camera’s control layout. For the first time in years, I found it entirely intuitive to attenuate captures with the exposure compensation dial while shooting in aperture priority.

For a dyed-in-the-wool manual shooter on other camera makes, this is a pretty big deal.

This camera’s stills are impressive enough without also being able to punch above its weight with its video capability.

How so? How does 4K/60P 10-bit recording with 4:2:2 subsampling sound? This is the first APS-C mirrorless camera capable of this, according to Fujifilm (a claim I understand to be true) though if you want to shoot such data-heavy video files you’ll need to write out via HDMI.

If an external HDMI drive – think an Atomos Ninja V – is not in your kit, you either have another item on your shopping list or will need to be satisfied with what can be written to SD card, which means 4:2:0 subsampling and lower data rates. Just be sure to have a very fast SD card in slot 1.

Listing the X-T3’s extensive video capture settings is going to get tedious, so I encourage you to look up the specs at Fujifilm’s web site.

As a matter of interest, though, Panasonic’s Lumix GH5s will write 10-bit 4:2:2 to an internal SD card but remember this is coming off a micro four-thirds sensor.

All I can say about that is if you really need portability with a small form factor camera that can shoot 10-bit with 4:2:2, you have a tough choice to make.

Incidentally, there’s a further clue in the Screen Settings menu that Fujifilm is fishing for pros with this camera – there’s an option to set the aperture units to a T number.

For my video capture experience with the X-T3, I settled for shooting 4K using F-Log at 25fps encoded in H.265. Hoping to capture a file that would respond well to colour grading, I wasn’t disappointed.

What else can be said? A great deal, actually.

How about the AF? Mixed bag, here.

Yes, it’s highly responsive with up to 425 focus points and 2.16m phase-detection pixels across the whole frame making face detection right on the money.

The specs are impressive, certainly, and most of the time worked perfectly, yet I frequently found the shutter resisting release when shooting a very small subject in single-point AF mode at f1.2, despite the AF display showing the subject locked on.

Smaller apertures alleviated this, as did enlarging the focus area. This was the only part of my experience with this camera that was frustrating.

But I can forgive it. If this is actually the X-T3’s Achilles heel and not an anomaly of a loan camera already hammered after being handed around the traps,

I could still find joy in its other features, among which are: excellent capture parameter tweaking with dynamic range, highlight and shadow tone adjustment, colour and sharpness adjustment, and the scalable Colour Chrome effect for better rendition of gradations in highly saturated subjects (which, I expect, you’ll soon learn when not to use); dual SD card slots; a lockable dioptre adjustment dial (other manufacturers, please take note); excellent high-ISO performance with agreeable results up to ISO 12,800; an articulated rear display that enables TLR-style waist-level shooting, great for street or other candid capture situations; a USB-C port and headphone jack; and a Quick menu that makes the same feature from other makers look needlessly confusing.

Battery life? Interesting results here. Setting the camera to timelapse mode to capture a Fine JPEG every five seconds, with the rear display off, resulted in 2,153 frames being captured.

Not too shabby, that. However, in a more real world testbed, I started a Sunday session at 6.30am shooting a mix of stills and 4K video and the battery was dead by lunch time. There’s a compelling case here to carry a spare battery or invest in the battery grip attachment.

Another sales pitch accompanying the X-T3 on its release was that it is aimed at the buyer who wants to take their Instagram account to “the next level”.

That means providing lots of on-board options to help that objective along and while this  pitch might amount merely to matching a product to an obvious, and booming, market, there’s much to be said for the combination of light weight and portability, form factor, colour treatment options with film emulation options that can supplant Instagram filters, and wireless capability all on offer in the X-T3 that gives the pitch some credibility.

There’s so much more to this camera than first meets the eye. But above all, this camera did something for me that hasn’t happened in a long time.

It encouraged me to pursue different creative approaches, to again enjoy some old-school handling that felt intuitive and natural, and it did this while delivering in spades on the technical front.

A very impressive release from Fujifilm absolutely worth a closer look.

* Chris Oaten is a professional photographer from Insight Visuals