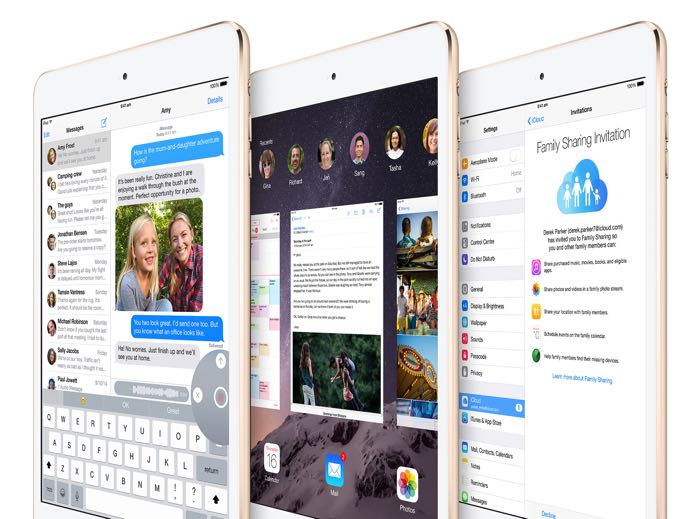 Apple’s has released the latest version of the popular iPad Mini with Retina Display and made the excellent 7.9-inch tablet even better.

The design of the iPad Mini 3 hasn’t changed. It still has the same slim 7.5mm chassis that’s small enough to hold in one hand.

But this time out, Apple has made some handy improvements.

The first is Touch ID which now lets users unlock the iPad Mini 3 with their fingerprint instead of having to type in a passcode.

It now offers the same security as the latest iPhones while the Touch ID can also be used to unlock specific apps like Evernote and to also approve purchases not only on iTunes, the App Store and the iBook Store but also from other third party apps as well.

Apple’s Touch ID is easily the best fingerprint reader in a mobile device and it can be programmed as and set up as easily it is used to unlock the product.

The device still has the gorgeous 7.9-inch Retina Display for superior clarity that can be seen on the websites, apps, pictures and video you read, play and watch.

Another improvement with the iPad Mini 3 is on the wireless connectivity thanks to the addition of 802.11ac – the latest wi-fi standard that is almost three times faster than the previous version.

Now this isn’t going to speed up your ADSL or cable connection into your home but – if you have an 802.11ac wireless router – you’ll notice streaming and sharing content and firing up apps are all a bit faster.

The iPad Mini 3 iSight camera is still 5-megapixel and now you can take panorama shots while the FaceTime camera on the front is HD for even sharper FaceTime video calls.

The iPad Mini is now available in gold for the first time along with silver and space grey.

The iPad Mini 3 is only an incremental improvement over last year’s model.

With the addition of Touch ID and faster wi-fi it has made the device even better.

It is still the leading tablet in its class but if you already have last year’s iPad Mini with Retina Display this isn’t a massive leap from what you already own.