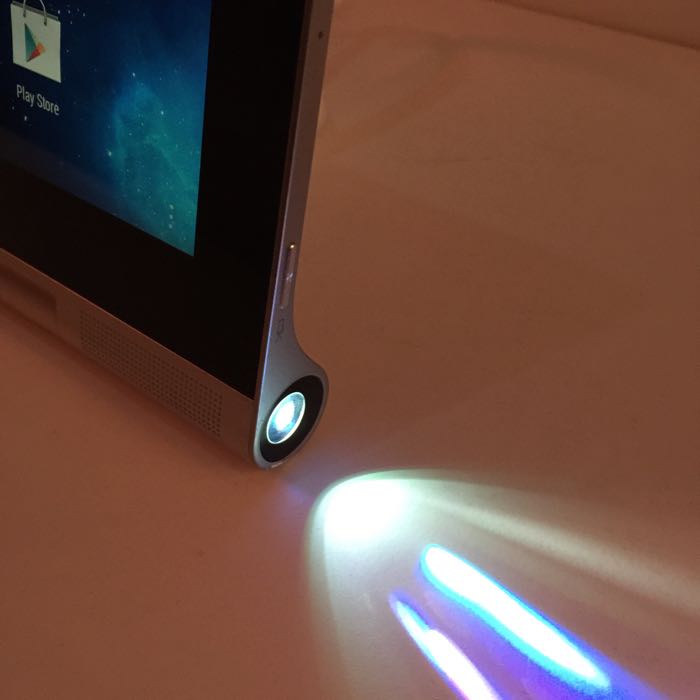 Lenovo’s new YOGA devices present even more ways they can be customised to suit the user and Tech Guide took a hands-on look at the products.

Tech Guide was inside the London event and had a chance to try two of the new products – the YOGA Pro 3 convertible and the Yoga Tablet 2 Pro with a built-in projector.

These were two of the standout products unveiled by Lenovo, which is the world’s biggest PC seller with 20 per cent worldwide market share.

The YOGA range – which gets the name from the fact the devices can stand on their head and are flexible – has been taken up a notch with these latest products.

They were designed with the customer in mind after intensive focus groups to create a product that can adapt to the user instead of the other way around.

The YOGA Pro 3 at first glance looks like a super-thin ultrabook that’s just 12.8mm thick in the closed position.

When you open it up you’re presented with a full keyboard and a 13.3-inch display and you can appreciate the 3200 x 1800 resolution the second you lay eyes on it.

But what really catches your eye is the unique hinge made of more than 800 pieces of aluminium and steel.

It looks like a watch band that runs the length of the screen.

It features the same link structure of a normal watch band and allows the YOGA Pro 3 to open up like a regular laptop, be opened completely flat, opened and stood up like a tent and even folded back on itself.

This way the device, which is running Windows 8.1, can be used as a laptop, to view content comfortably and also as a tablet with the keyboard folded to the back of the screen.

It’s large enough to enjoy content and is still quite light despite the research showing that 80 per cent of tablets don’t leave the home.

But with the YOGA Tablet 2 Pro it is the built-in projector that captured our attention.

The circular edge that runs along the side of the YOGA Tablet 2 Pro is both a handle and houses the large battery that can power the device for up to 18 hours.

Now the edge of that circular edge now houses a pico projector that can beam a sharp 50-inch image from a distance of about two metres.

And it’s surprisingly sharp when aimed at a light-coloured blank wall. We went to YouTube and found a HD video to play and project on the wall.

Near the projector lens is a switch to adjust focus. A second later I was looking at a pin sharp image that offered impressive quality I wasn’t expecting.

Now your games and movies can be enjoyed outside of the regular screen.

But being positioned on the side of device, the lens needs to be aimed properly and supported in that position with the device’s stand.

On the audio side there was another pleasant surprise thanks to the built in JBL speakers and subwoofer.

Although when used in projector the sound is going to come from the device and not the screen like a regular projector set up with speakers.

We also like the new hang mode which means we could suspend the YOGA Tablet 2 Pro from a hook.

The YOGA 2 range of devices goes on sale in Australia next week.

* Stephen Fenech travelled to London as a guest of Lenovo