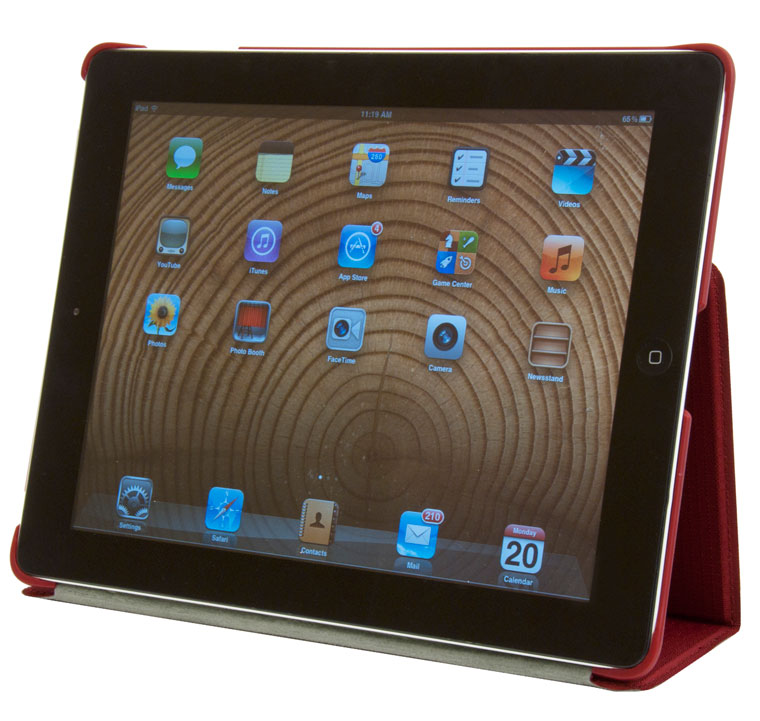 You’ve just bought the new iPad or are planning to buy one this weekend and STM has already released its cases to protect the device and make it easier to view.

STM were among the fastest companies to react to the new iPad and its slightly different size and weight and have updated their Grip and Skinny cases.

Each model incorporates a hard-shell case and a fold over cover which activates the iPad’s auto sleep/wake function when it is opened and closed.

STM’s Skinny 3 has a hard-shell case and cover that is lined with micro-suede to protect your iPad.

The lightweight case is covered with water resistant micro ripstop material and adds hardly any thickness to the new iPad.

The hard-shell clips snugly around the new iPad and is perfectly aligned to leave spaces to access device’s ports, buttons, cameras, speakers and microphone.

Skinny 3’s lid aligns with the magnets built into the new iPad which act to out the device to sleep when it is closed and wake it when the lid is opened again.

The lid has a small flap which can be tucked into a loop on the back to keep the new iPad safe when it is closed.

That same look can also be used when the lid is folded backwards to position the new iPad at a shallow typing angle or in a more upright viewing position for watching movies.

You’ll want to keep a grip on your new iPad and with STM’s new Grip case you can do just that.

It is made from tough moulded plastic that clips precisely on to the new iPad and includes a lid that covers and protects the device’s screen.

Like the STM’s Skinny 3, the Grip also provides easy access to the all the device’s buttons and ports.

And the lid can also sleep and wake the new iPad when the lid is opened and closes.

The Grip gets its name because it has small ridges on the front and back to ensure the case will never slip out of your hand.

On the back is a small fold out kickstand with two settings to allow different angles for typing and viewing.

The ridges on the back of the Grip come into play here and give the stand a number of angles where it can rest securely.

STM’s Grip and Skinny 3 for the new third-generation iPad are available now at Apple resellers Next Byte, Mac1, Compnow and major retailers.

Find your nearest store on the STM website here.