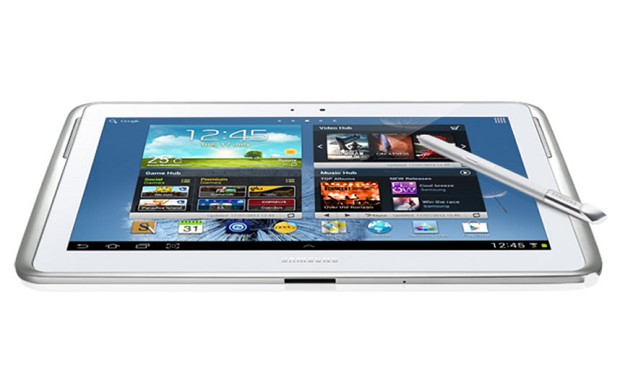 Samsung has got its eye firmly on schools and education in its bid to grow its share of the rapidly growing tablet market with the Galaxy Note 10.1.

Samsung this week partnered with the World Education Games which ran for three days among more than 5.9 million students from more than 6,200 schools worldwide.

There were 1200 students from schools across Sydney selected to compete for Australia at the Samsung Stadium at the Australian Technology Park in Sydney.

The largest education event, covering literacy, science and maths, originated in Australia and is organised by not-for-profit organisation 3P.

It consisted of six hour-long matches on each day with 60 students using Samsung’s Galaxy Note 10.1.

One feature that makes the Galaxy Note 10.1 attractive to students is the S Pen which allows students to write on the screen as they would in class with a pen and paper.

Tyler McGee, vice president of telecommunications for Samsung Australia says the Galaxy Note 10.1 is an ideal product for students.

“We saw that education is a key area that technology can benefit children in their development and with the Note 10.1 there is the ability to still use a pen with multitasking and Learning Hub,” he said.

“Through Learning Hub we have about 150 text books already digitised and available and that will increase to about 500 this year from leading education text book publishers like Oxford.”

With handwriting becoming a lost art with the higher use of computers, laptops and touchscreen devices, the Galaxy Note 10.1 can keep students up to scratch.

“When it comes crunch time to do the test, you still do that with a pen and the ability to use the digitised environment and still use a pen input through the device really gives them a connection between the world of pen and paper in the test environment and what they are practicing with the device,” Samsung’s McGee said.

“You also have multitasking capabilities – you can actually surf the web while you’re taking notes on the device.

“We see this as a great format for kids to really get exposed to the capabilities of the Note 10.1 and have a lot of fun at the same time.”