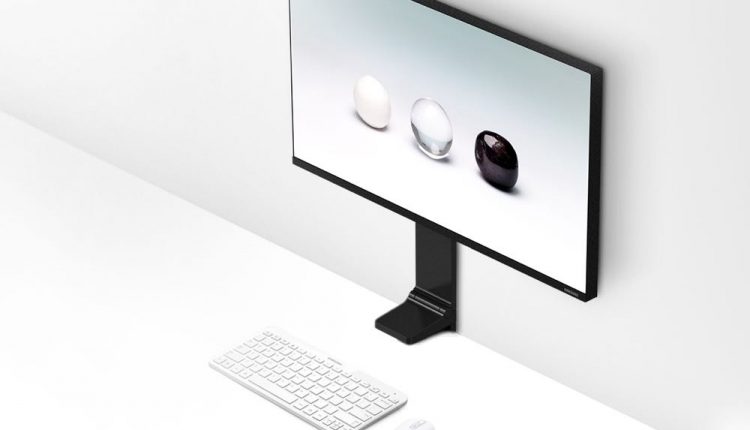 The Samsung Space Monitor is a not only a space-saver but also a super versatile display that can handle a variety of uses.

The Samsung Space Monitor can completely change your workspace – not only for providing a clear and sharp screen to keep you productive but because it can also get out of your way when you need more room to move.

Tech Guide took a look at the 32-inch 4K Samsung Space Monitor and used it in a variety of scenarios.

And in each one – it was able to be used like no other monitor.

What stands the Samsung Space Monitor out from the crowd is not just the screen it’s the incredibly adjustable arm and stand.

It doesn’t just sit on your desk like every other monitor, it actually uses a clamp to securely fit to your desk.

When it’s in place, users are then able to adjust the monitor to suit whatever they are doing.

They can pull it in closer and then push it back out of the way when they’ve finished their work.

This set-up really opens up their desktop and reduces clutter.

The arm makes it possible to bring the bottom of the screen right down to touch the desk.

But while it can move freely back and forward, the monitor cannot be swivelled or rotated. 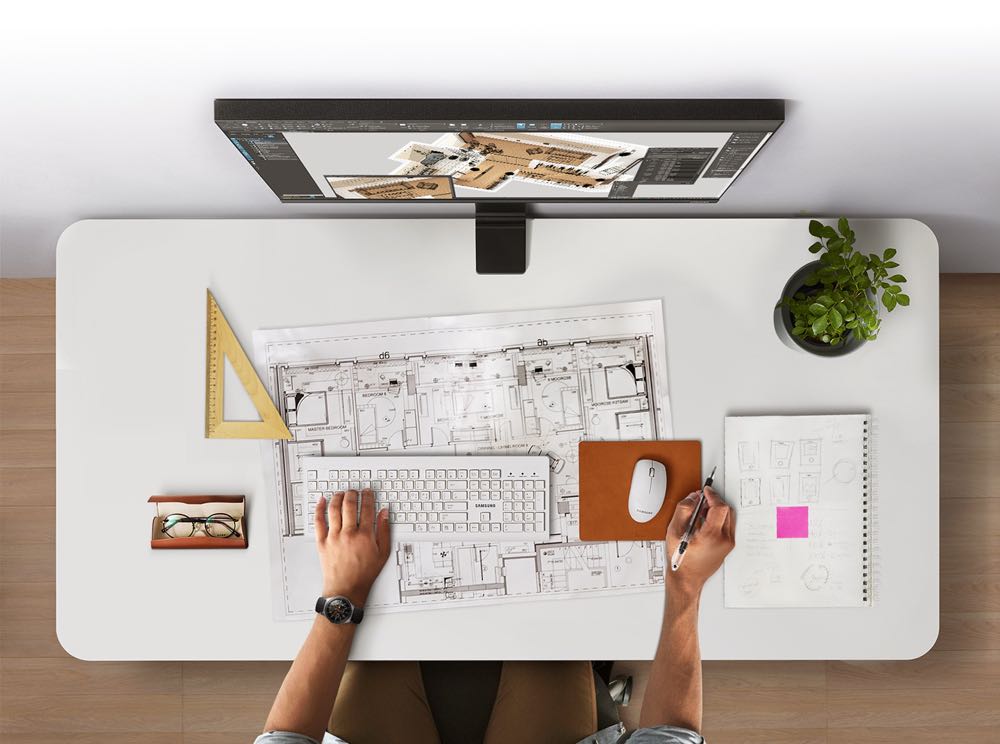 Even the cable on the Samsung Space Monitor runs down the back of the stand and stays out of sight.

For our review we used it in three ways.

The first was attaching it to a desk and using it as a monitor for a Mac Mini.

The desk wasn’t right up against the wall so we could easily clamp the Samsung Space Monitor in place and sit the Mac Mini in front of us and out of the way as well.

We were also able to have the same set up with a Varidesk ProPlus 36 sit/stand desk.

The Samsung Space Monitor fit nicely on the top lip of the upper section of the Varidesk and it was just as versatile whether we were sitting or standing. 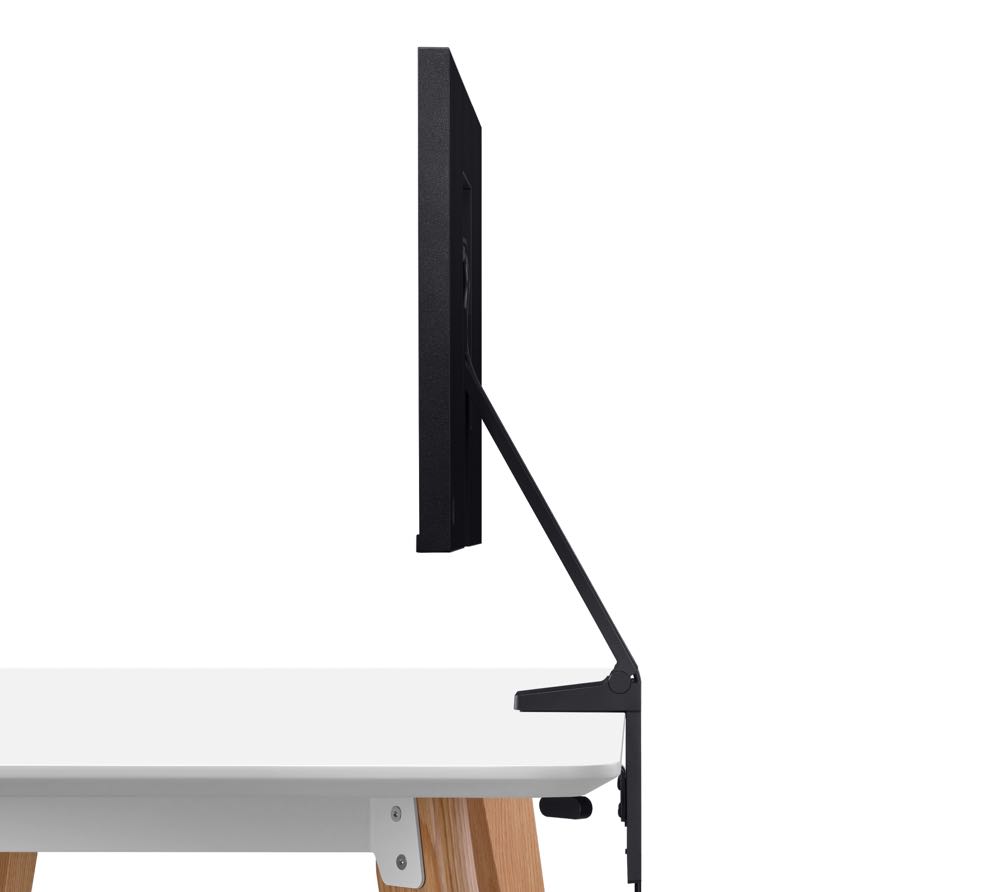 The third way we arranged the Samsung Space Monitor was as a secondary monitor above our iMac.

To achieve this we needed to attach the monitor to stand so it could higher than the iMac display.

What helped here was the Samsung Space Monitor’s tall stand and the ability to pull it close and up and down to position it perfectly.

In terms of positioning it on a desk, the Samsung Space Monitor can be used in a variety of situations.

One downside is that the monitor only has the clamp stand and cannot sit flat on a desk. 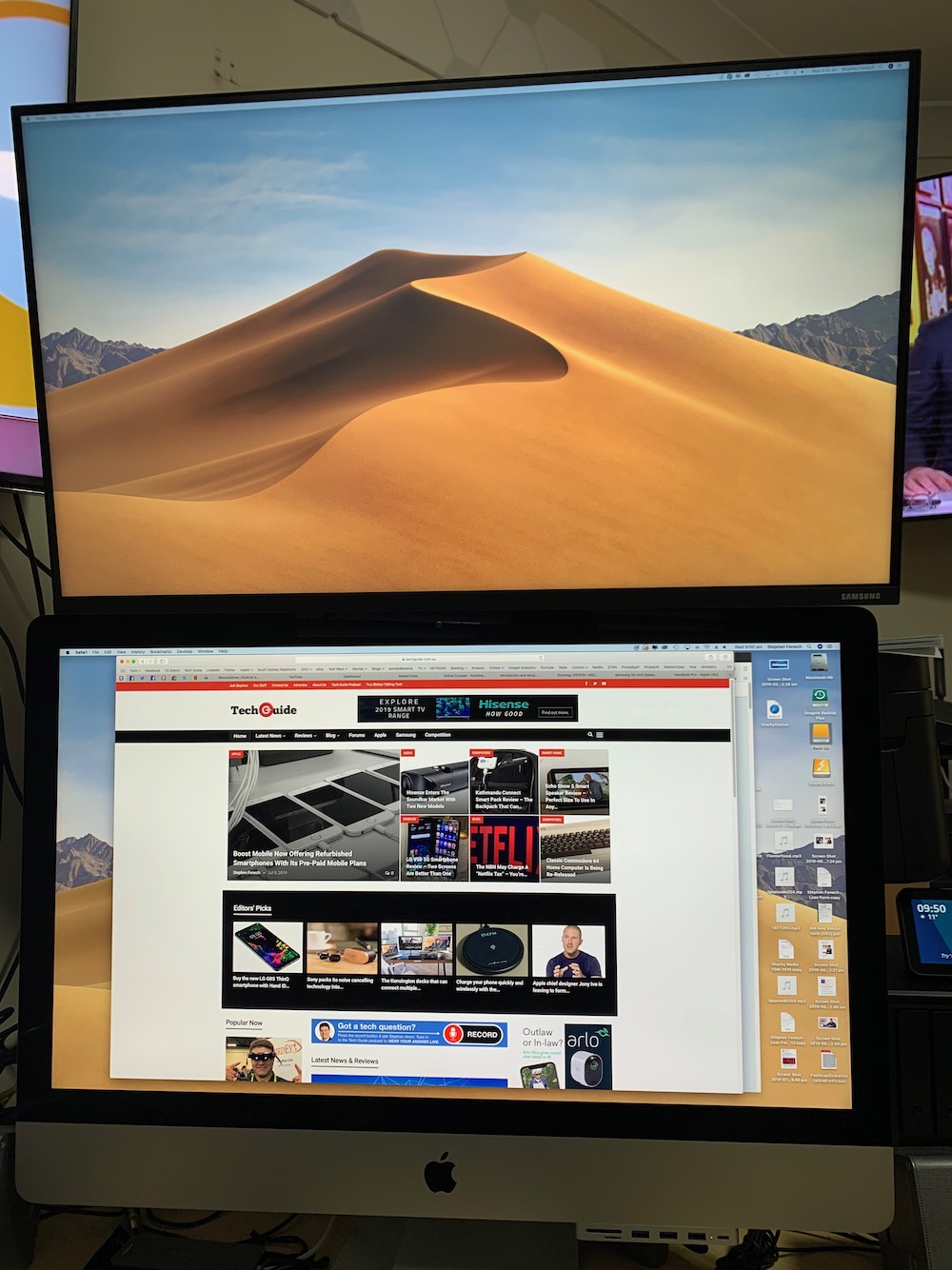 It’s not suitable for desks built flush to the wall and that can’t be pulled out from the wall.

And you can’t simply replace the stand because there is a unique fit rather than the standard VESA mount.

On the connectivity side there are only a couple of options with HDMI and Mini DisplayPort.

Unfortunately there are no USB-C ports which would have made it a lot easier to connect to our iMac.

Instead we had to use a USB-C to HDMI dongle to get it connected. 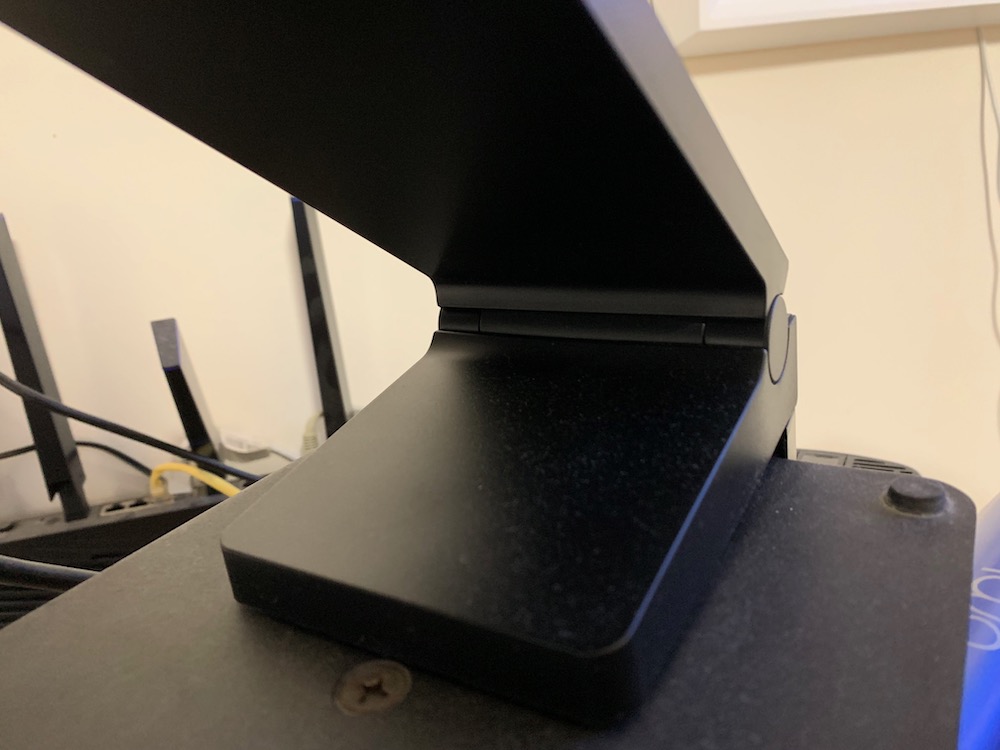 But the Apple Mac Mini was easy to connect because it had a HDMI port so no dongle was necessary.

The Samsung Space Monitor also comes with a dual HDMI/power cable so you connect the power closer to the outlet and have only one cable running to the monitor with two connectors to slot into the HDMI port and into power.

Let’s talk about the display itself which is a magnificent 32 inches in size and provides lots of room to move.

The Samsung Space Monitor has 4K resolution (3840 x 2160) so you’re going to see a lot of detail on the screen whether you’re looking at photographs, video content or using your applications.

It has a refresh rate of 60Hz and a 4ms response time. 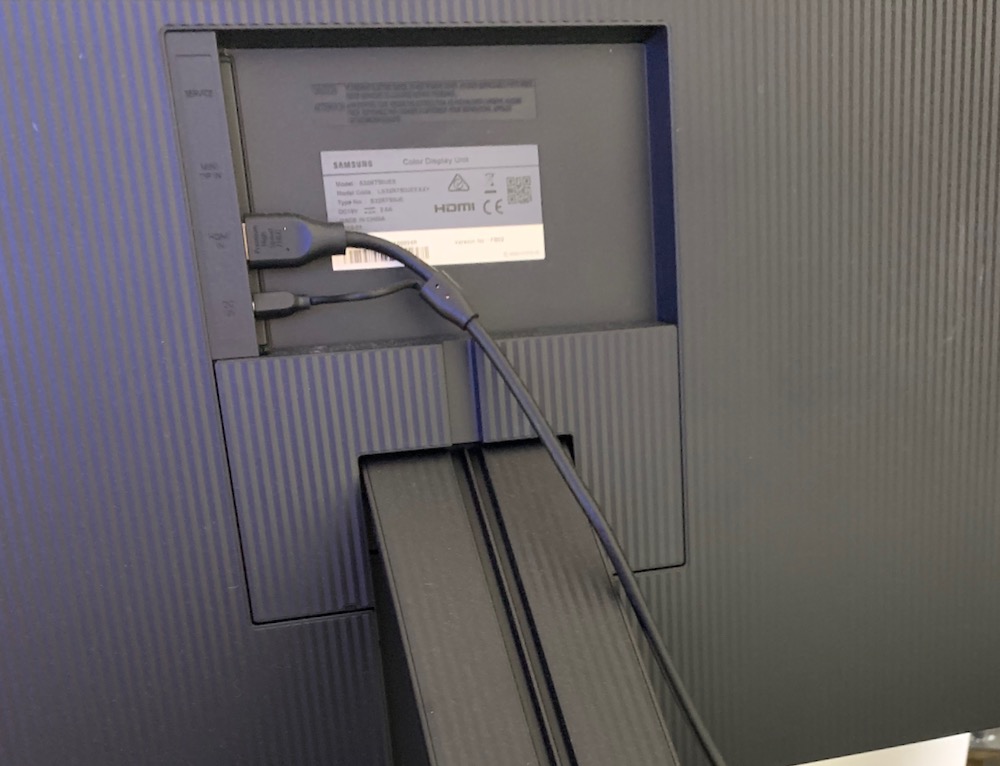 But there are a few things missing.

For a start it’s not an IPS (in plane switching) panel so when you’re viewing at an angle it becomes really hard to read.

It is also not a touchscreen which would have been a handy feature considering how closely you can bring the monitor to the user.

But the Samsung Space Monitor still a handy monitor that will really open up space on your desktop.

It’s a great all-round monitor for doing a variety of tasks with lots of room to move.

The Samsung Space Monitor is a not only a space-saver but also a super versatile display that can handle a variety of uses.