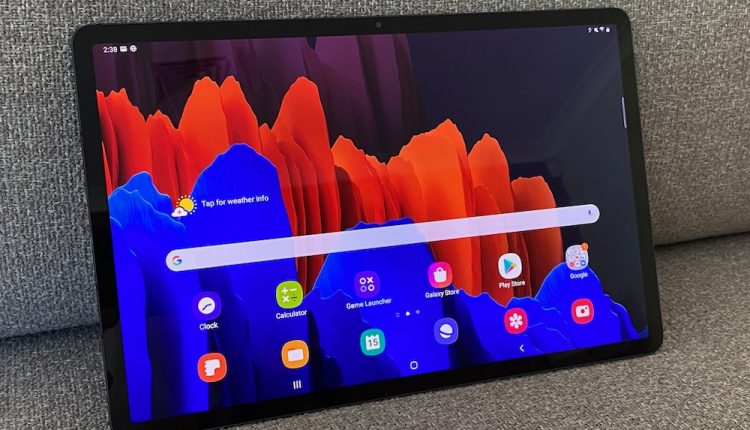 The Samsung Galaxy Tab S7+ is an excellent device which provide a powerful experience for work and play that can allow you to leave the laptop at home.

Samsung’s new Galaxy Tab S7+ is an extremely capable tablet and ticks all the boxes that would easily qualify it as a laptop replacement to use anywhere.

The versatile device is available in 11-inch and 12.4-inch screen sizes and is seen as a direct competitor to Apple’s iPad Pro.

And like the iPad Pro, the Galaxy Tab S7+ forms an exciting new part of Samsung’s Galaxy ecosystem which now includes the Galaxy smartphones, the Galaxy Watch 3 and the new Galaxy Buds Live earphones.

But the Galaxy Tab S7+ tablet can also standalone for those who want to work, play and be entertained on the go.

Tech Guide took a look at the Mystic Silver 12.4-inch Tab S7+ (it’s also available in the new Mystic Bronze colour) which also comes with its very own S Pen so you can write, paint and draw on the display.

There are fairly narrow bezels on either side of the display so users can easily focus on the display.

Speaking of the display, it’s Super AMOLED screen with a resolution of 2800 x 1752, 266ppi (pixels per inch)  and HDR10+ compatibility so your content looks impressive.

We watched HDR content via Netflix on the Tab S7+ and the picture looked incredible.

The tablet’s display operates at 120Hz so you’ll notice the extra smoothness while you’re scrolling through apps or a webpage and, of course, when playing games and watching movies.

What’s you’ll also notice right away is the excellent audio quality courtesy of the quad speakers tuned by AKG.

There’s also Dolby Atmos onboard so if you’re watching compatible content (there are plenty of movies and content on Netflix and YouTube so you can enjoy Dolby Atmos) you’ll be hearing sounds coming from all around you and even dropping down from above. 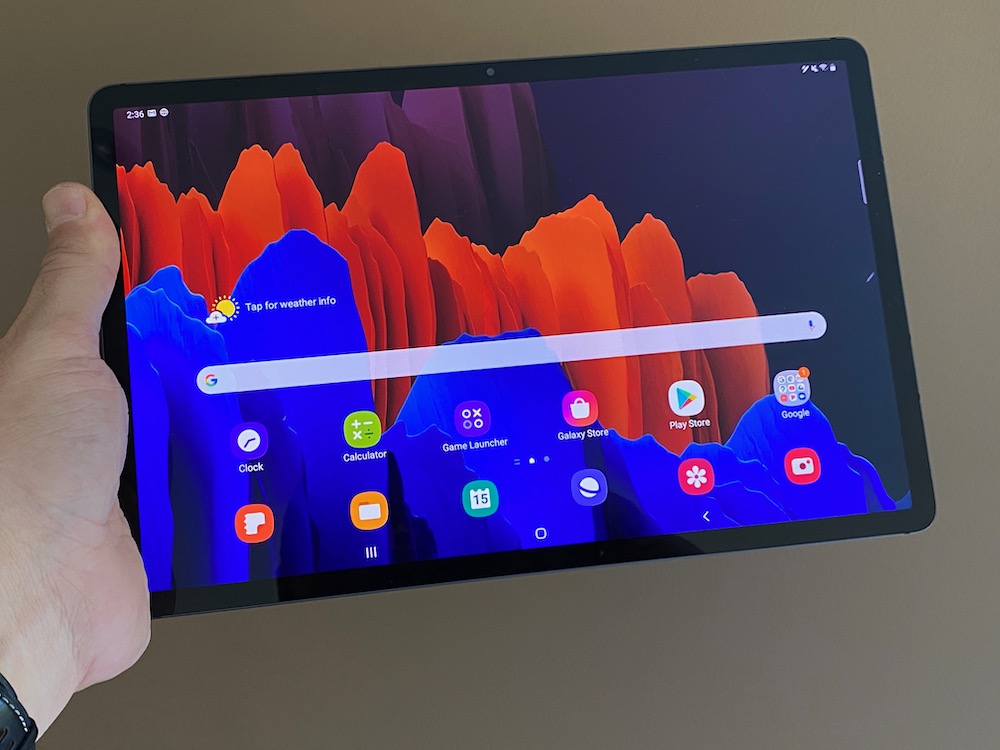 The S Pen also adds a whole other dimension to the Tab S7+.

Like so many Galaxy Note smartphone users have already discovered, the S Pen can add a lot of convenience and versatility to your experience.

The S Pen that comes with the Tab S7+ has low latency so there is virtually no lag between you touching the screen and your writing and strokes appearing on the screen. It’s as responsive as writing on paper. 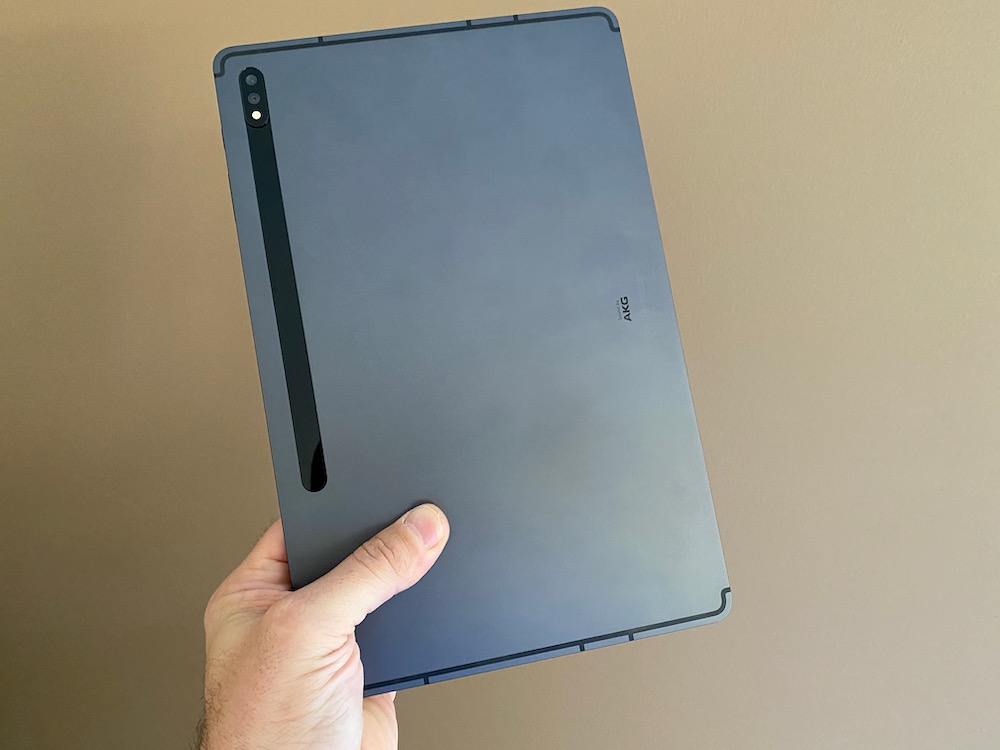 With a larger screen to work with, the S Pen is even more useful and can be used to annotate documents, write on pictures and take full screen size notes.

There’s also the ability to export documents created in Samsung Note to Microsoft Word and PowerPoint.

This was an attractive feature for us, we like writing things down and that larger display made it like we were writing on a large pad instead of a small notebook like on the Galaxy Note smartphone.

The Samsung Galaxy Tab S7+ can also transform your handwriting to text.

And when you’re not using the S Pen it can be conveniently attached magnetically on the back of the tablet where it can also be charged. 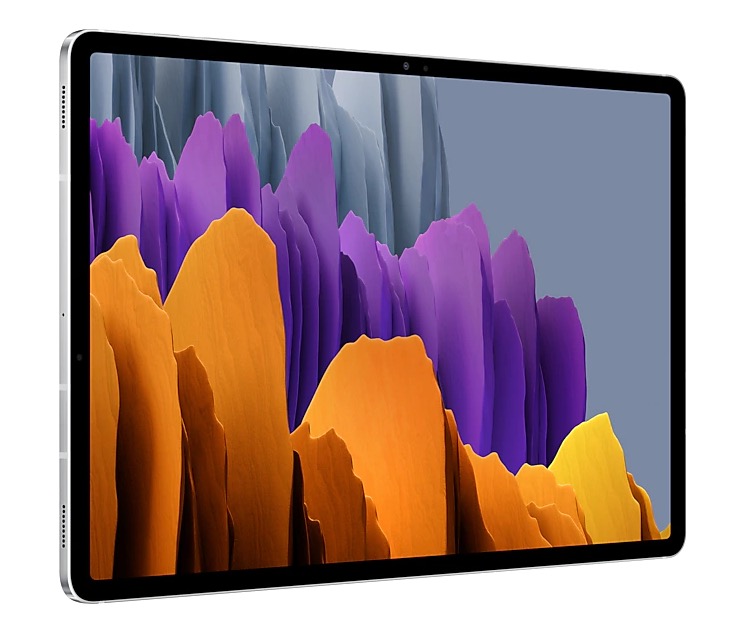 The S Pen includes the same air actions from the Note smartphone so you can get back to the home page and even take screenshots with a quick shake.

If you really want to get some work done in a more familiar PC-like desktop, you can also switch to Samsung DeX mode.

And unlike the Galaxy Note20 which requires an external monitor and keyboard, it all takes place right there on the Tab S7+ with the screen transforming from Android to this excellent desktop mode.

The keyboard accessory (available to purchase separately) also comes into play so it feels more like a laptop than most other tablets at this price.

On the performance side, the TabS7+ also holds its own and is powered by a Qualcomm Snapdragon 865+ processor so it can do everything from multitasking with several apps at the same time to playing the latest games. 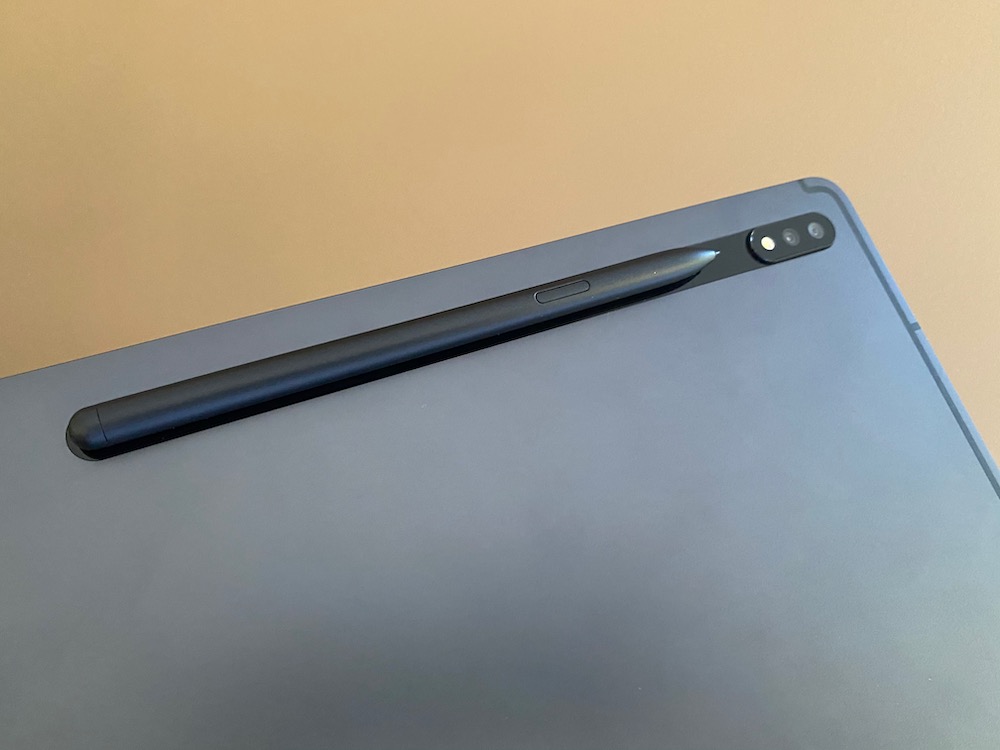 There’s up to 8GB RAM and up to 256GB of storage onboard which is expandable with a microSD card.

There’s also a massive 10,090mAh battery onboard which provides enough power for up to 14 hours of video playback.

This sort of power also adds up to a couple of days of intense work. And then when it’s time to charge you can take advantage of 45W fast charging so you’re back to 100 per cent in less than two hours. 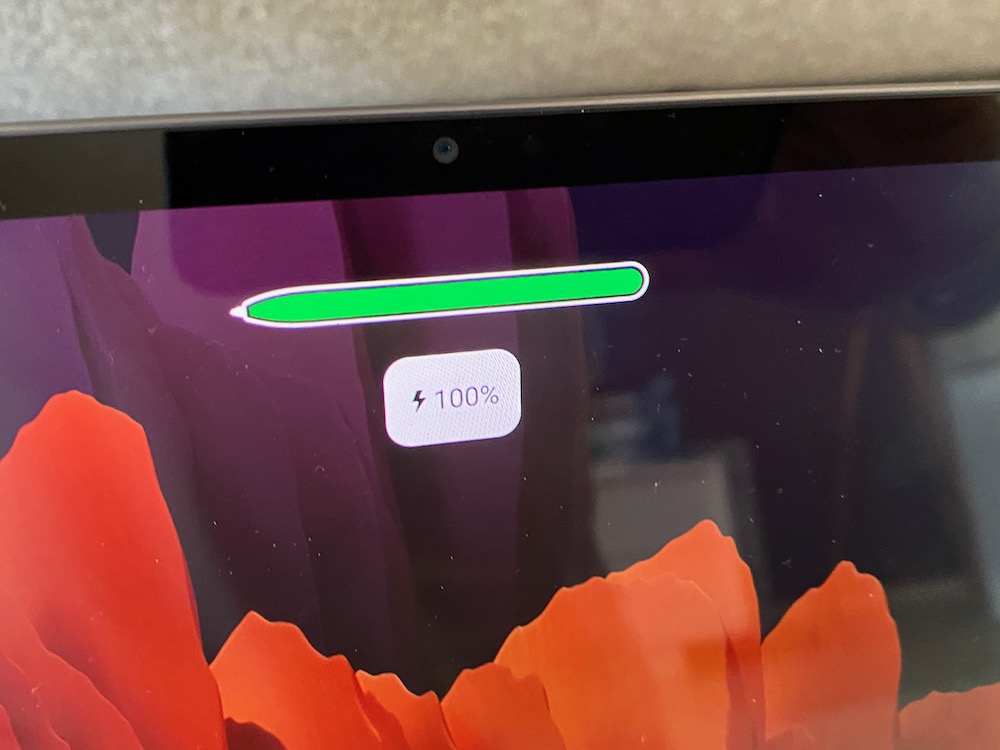 Our review unit also had 4G connectivity so you can continue to work on the go without have to scrounge around for a wi-fi network or go to the trouble of carrying a wi-fi dongle or tethering your smartphone.

There is also a 5G model so you can connect even faster.

The camera is also a handy shooter if you want to go to the trouble of taking pictures with the Tab S7+ and put a 5-megapixel and 13-megapixel camera at your fingertips. It’s also capable of shooting 4K video at 30 frames per second.

If you have a Samsung Galaxy smartphone you sync it to the Tab S7+ so you can control the phone, mirror the screen, exchange photos and documents and also answer all of your incoming calls and texts.

One of the only downsides of the Samsung Galaxy Tab S7+ was the in-screen fingerprint reader.

It wasn’t always consistent. Sometimes it took two or three attempts to log in and sometimes we failed to make it work so many times we were forced to use a passcode. 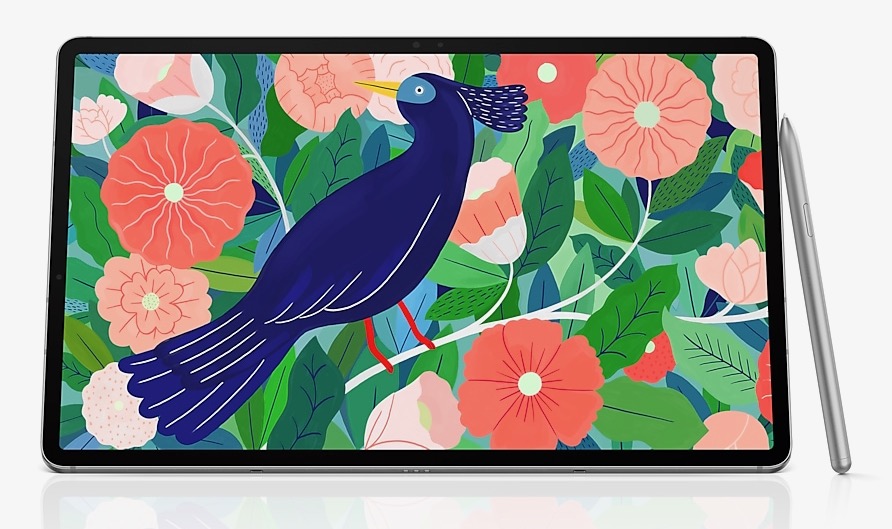 The Samsung Galaxy Tab S7+ is also quite an investment and starts at $1,549 for the wi-fi only model with 128GB.

The Samsung Galaxy Tab S7+ is an excellent device which provide a powerful experience for work and play that can allow you to leave the laptop at home.