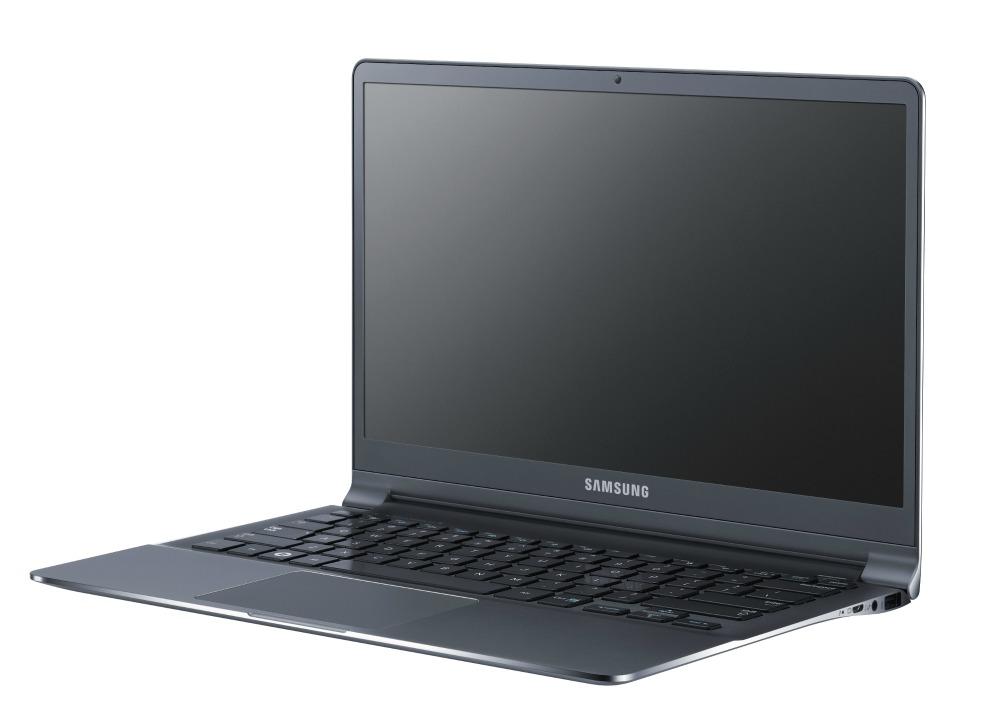 Samsung’s new Series 9 15-inch laptop might be thin and light but it’s certainly not lacking in the speed and performance department.

One thing we’ve come to expect from ultrabooks like this is that sometimes something has to give to achieve the look and lightweight design. One thing here, one thing there.

Apart from the lack of an optical drive – they wouldn’t be called an ultrabook if they had one – the Samsung Series 9 NP900X4C is the complete package.

If I had only one word to describe the Samsung 15-inch Series 9 it would be sleek.

But luckily I can use plenty more words to describe just how thin (14.9mm), light (1.65kg) and attractive the device is.

The outside of the product is a single aluminium shell which has been sand blasted to achieve its semi-gloss finish.

The hinge of the 15-inch screen fits like a jigsaw piece onto the keyboard’s base so the joint doesn’t add any more thickness to the ultrabook’s svelte 14.9mm dimensions.

Both the lid and the base edges taper dramatically into a precisely machine polished silver edge which contrasts nicely with the darked coloured lid and base.

When you open the lid you’ll see a full sized five-row keyboard with an additional row of function keys and shortcuts.

It also has a huge track pad which supports multi-touch gestures.

It also has left and right mouse button functionality depending on which side of the front portion of the track pad you click.

The screen has a wider shape rather then being squarer like a few rival models including the MacBook Air and the MacBook Pro with Retina Display.

If you thought the Samsung Series 9 was all about looks then you’d be wrong.

While the ultrabook has the looks – it’s also got the brains, speed, features and performance.

There’s an Intel Core i7 3517U 1.9Ghz processor which wouldn’t be far behind Usain Bolt in speed. It’s also a low voltage processor so it’s a lot more battery friendly.

Under the hood are also 8GB of DDR RAM and 128GB of SDD (solid state drive) memory which also adds to the speeds of operation and accessing data.

The Series 9 – from the moment the power button is pressed – is ready to go to work in less than 30 seconds.

Even when it’s in sleep mode – hit any key and the Series 9 wakes up in a second.

On the graphics side, Samsung has stepped it up with an Intel HD Graphics 4000 so video and image display is smooth and slick.

The keyboard has a nice feel with keys well spaced apart for accurate typing. It’s also backlit so the keys illuminate automatically in a low light areas.

The track pad is large enough for multi-touch gestures like pinch to zoom, two-finger scrolling, page up, page down and to reveal the desktop.

The front portion of the track pad is actually a clickable button and, depending on what side of the pad you click, acts like a left and right mouse button.

This was a little frustrating when we first started using it because were clicking the track pad to close windows assuming it would work right away but found we were clicking too far on the right side.

On a Mac laptop you can click anywhere on the track pad while a right click is achieved by holding the control button and clicking the track pad.

But we’re in Windows 7 Home Premium here so we had to be mindful of the left and right clicks on a button that was not physically divided left and right.

This was hardly an issue but something that took a little getting used to.

The battery life – one of the most attractive features of many ultrabooks – was above average. Under normal use I got about almost seven hours on a full charge.

But when watching videos and editing movies, the battery life came in at less then five hours. And all the while that was with the screen brightness at about two-thirds.

There is also a power saver mode at your fingertips as well and this will buy a little extra time.

Turning down the brightness even further gained us extra time on a single charge as well.

One weakness is the relatively small 128GB capacity SSD – of which less than 100GB is actually available for on-board storage. But with the amount of cloud storage on offer it wouldn’t be hard to skirt this issue.

If you’re looking for a Windows-powered ultra thin, ultra light laptop that performs as well as it looks, then the Samsung Series 9 15-inch should be at the top of your list.