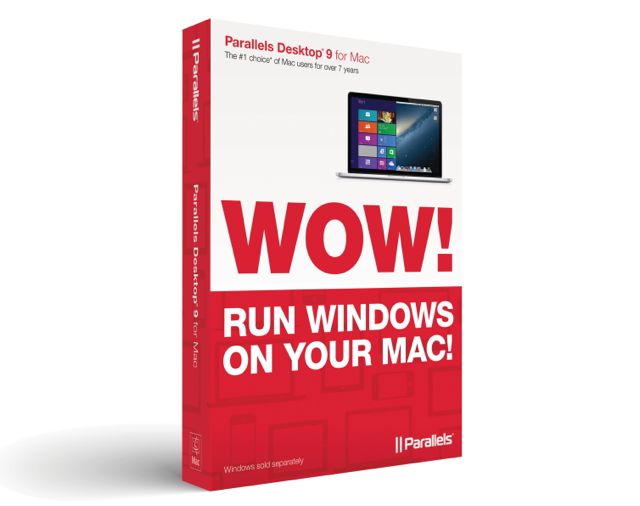 If you own a Mac but still need to run Windows you can do it seamlessly with the new Parallels Desktop 9 desktop application.

With Parallels, users can run both their Mac and Windows applications simultaneously without the need for rebooting.

It’s even possible to swap files from the Mac to the virtual Windows system created by Parallels – the number one Mac desktop virtualisation software.

New features for Parallels Desktop 9 include support for cloud services along with Windows 8.1 and OS X Mavericks compatibility.

Parallels is useful for all kinds of users including professionals, web developers, parents, students and Mac enthusiasts in general.

Customers who opt for a Mac do so because they prefer the operating system and the design and feel of the hardware.

Parallels allows these users to still enjoy their Mac experience but also lets them access certain applications and documents that can only be viewed on a Windows machine.

For example, a user who owns a Mac may need to access and operate a Windows machine for work purposes and Parallels makes this possible.

Performance wise, Parallels has had a significant boost with a 40 per cent improvement in speed, 25 per cent faster start-up and shutdown and 15 per cent boost when it comes to working with 3D graphics and web browsing.

The new Parallels application supports cloud services like iCloud, SkyDrive, Dropbox, Google SkyDrive which can now be accessed from both the Mac side or Windows side of your system without unnecessary file duplication.

Parallels will work with the upcoming Mac OS X Mavericks operating system as well as the recent Windows 8.1 update.

Security is an issue no matter what operating system we’re using and Parallels can support the installation of individual security software to support both the Mac and the Windows virtual machine.

It should be noted Parallels doesn’t include the Windows operating system so you’ll need to buy a version of the Windows software to install inside the virtual machine onboard your Mac.

Anyone who buys Parallels Desktop 9 for Mac will also receive a six-month subscription to the Parallels Access app for the iPad that lets you remotely access and experience Mac and PC applications.

The app makes it possible to use native iPad gestures when accessing them from the tablet.

Parallels Desktop 9 for Mac is available now from www.parallels.com/desktop or purchased as packaged software from JB Hi-Fi, Dick Smith, Harvey Norman Next Byte, Apple Stores and other leading retailers.

Parallels Access for iPad is priced at $79.95 for a 12-month subscription.