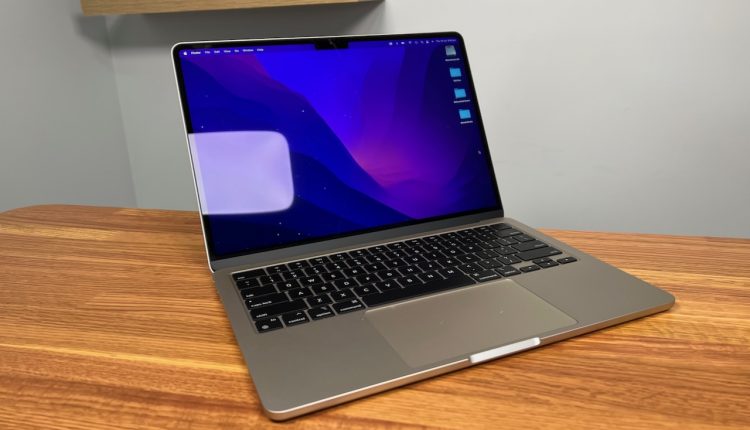 The new M2 MacBook Air has been transformed inside and out and offers an attractive solution that looks great and delivers stunning performance.

The new MacBook Air not only has a brand-new design but also a brand-new engine – the latest Apple M2 chip – which offers an improvement across the board in speed, performance and battery life.

It’s has undergone one of its biggest design changes since the original MacBook Air was introduced back in 2008.

The M2 MacBook Air has lost its tapered design and now the same thickness from back to front – and that figure is a svelte 11.3mm.

It also has 20 per cent less volume than the previous model and tips the scales at a mere 1.24kg.

It also comes in four finishes – Silver, Starlight (which is what we received for our review), Space Grey and Midnight.

The best way I can describe Starlight is as a mix of silver, rose gold and grey.

The other new colour Midnight has a blueish hue.

During our review, we carried the M2 MacBook Air with us in our backpack and it was so light we forgot it was even there.

And MagSafe is back so the charging cord attaches magnetically and detaches harmlessly is anyone trips over the cord instead of dragging the MacBook Air across the room.

Users can still charge through one of the two Thunderbolt/USB ports.

It also supports fast charging. It comes with a 35W charger with two USB-C ports so it can allocate power based on the connected devices.

There’s a 67W USB-C charger that’s also available that can get you to 50 per cent charge in around 30 minutes.

The M2 MacBook Air has a stunning 13.6-inch Liquid Retina Display which now has a notch at the top of the screen so users can get slightly more screen real estate. 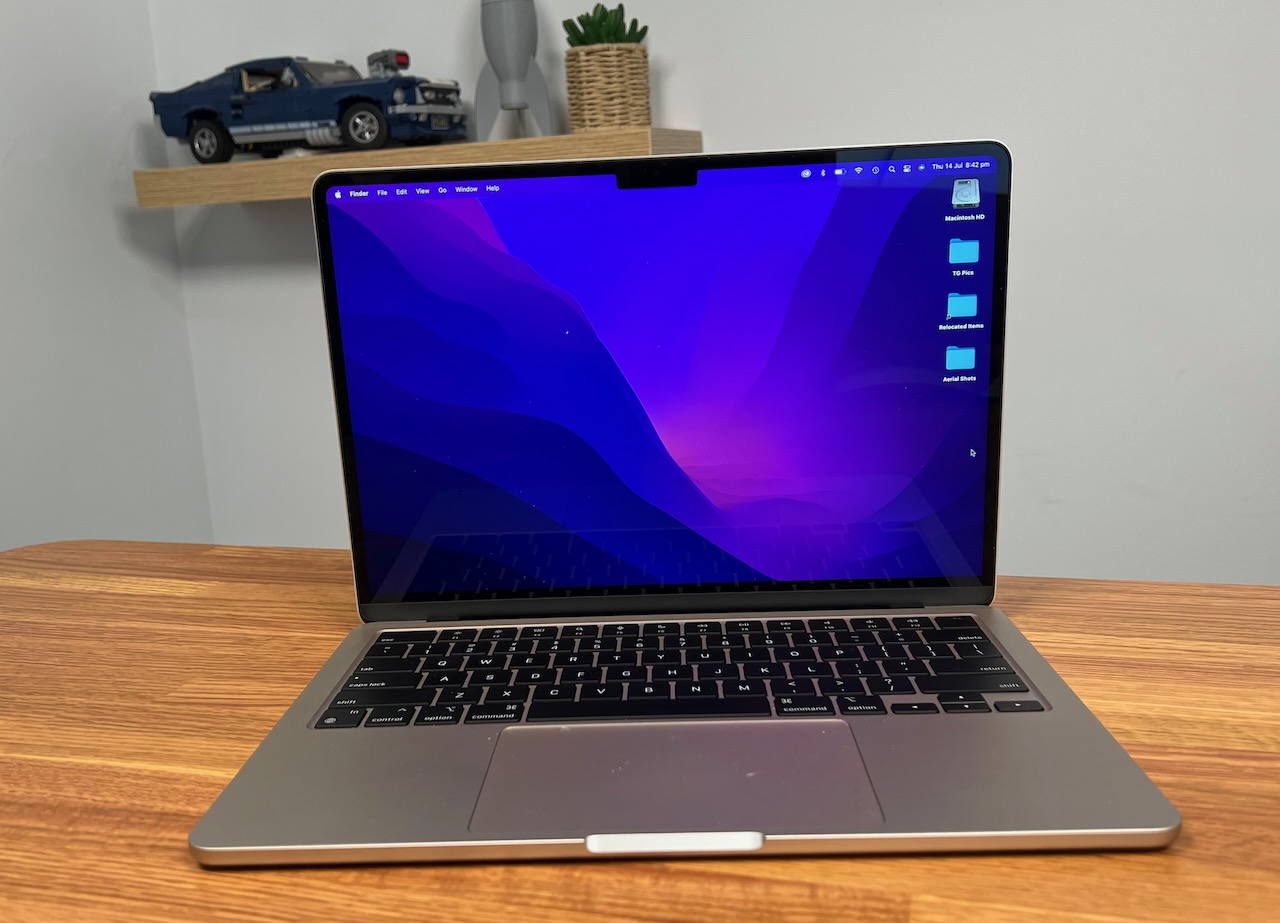 Inside that notch is the new 1080p FaceTime HD camera – that’s twice the resolution and better low light performance.

And with so many of us still connecting virtually, users can rest assured they’ll be seen and heard clearer than ever.

It also sounds better as well with a new four-speaker sound system that supports Spatial Audio and Dolby Atmos.

We watched a few movies on the M2 MacBook Air and we were pleasantly surprised by the audio quality.

It’s the same deal if you’re playing a game so when it’s time to relax you’ll know the quality is there.

The M2 MacBook Air also includes the full Magic Keyboard which now includes a full height row of functions keys and a Touch ID sensor to log into sites and authorise purchases and app downloads in an instant.

Now we could talk all-day about the design and features of the M2 MacBook Air but it also has been improved under the hood with the Apple’s M2 chip. 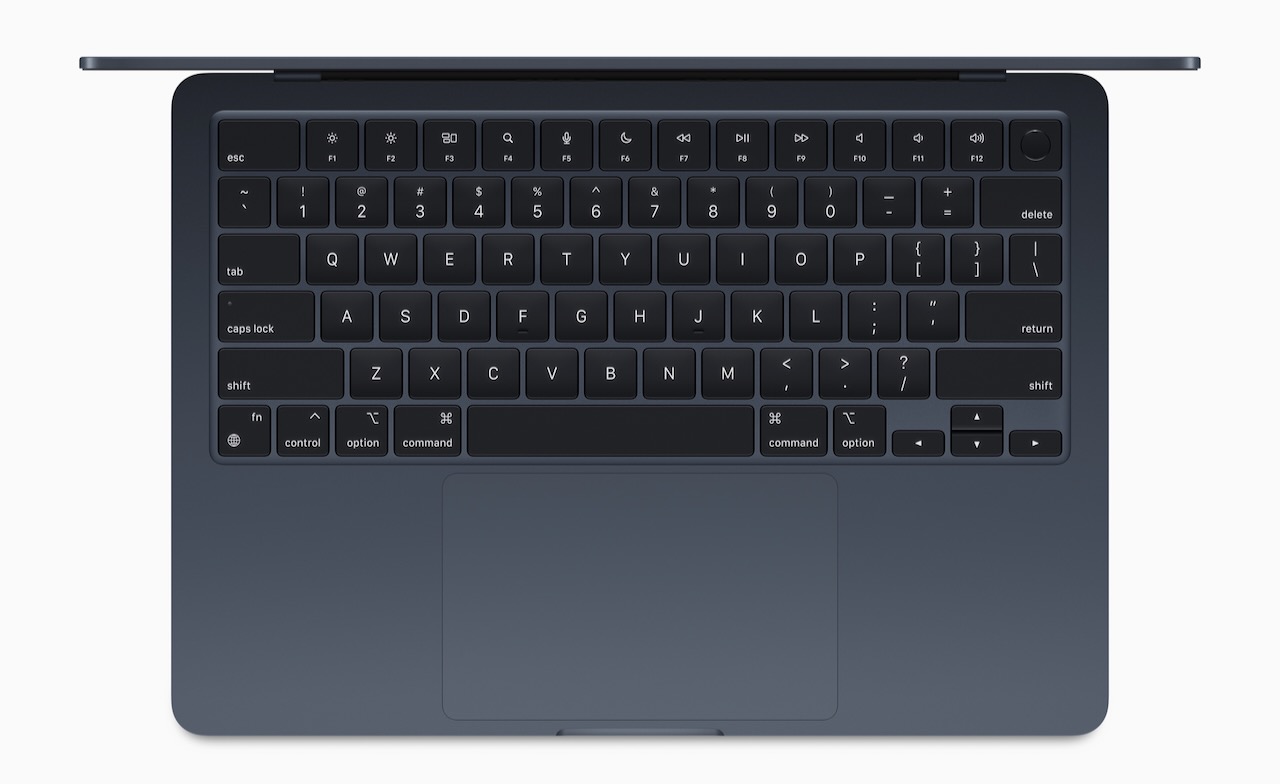 This is an 8-core, up to 10-core GPU with a 16-core Neural Engine with faster unified memory (formerly known as RAM) with up to 100GB/s bandwidth.

Now all that might not mean a whole lot to you but suffice it to say it’s noticeably faster than the M1 MacBook Air, offers greater performance and manages to offer even better battery life.

The M2 is a slight improvement over the M1 but a huge jump for anyone coming from an Intel-based MacBook Air.

And let’s face it – there won’t be to many customers who will upgrade from the M1 MacBook Air but there will be plenty coming from an Intel-based MacBook Air or MacBook Pro.

For our review we did notice the improvements especially when editing video and photos.

So if you’re doing things like video editing, photo processing, coding or editing audio, the M2 MacBook Air has got your back. 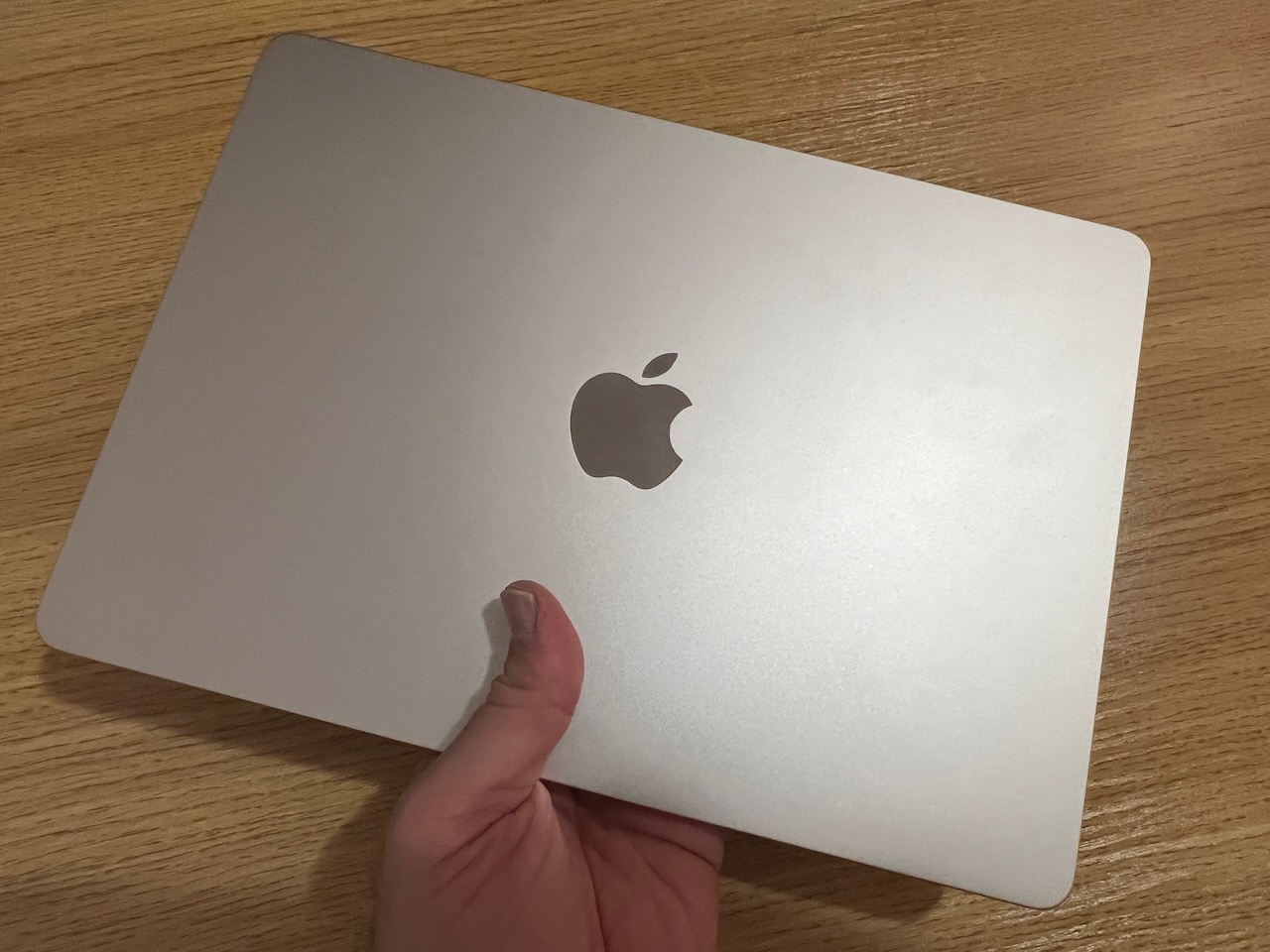 Not it won’t be the same performance as the M2 MacBook Pro.

Yes, it is technically the same processor as the M2 MacBook Air but the difference is the MacBook Air has a fanless design.

This means it will back off heavy processor runs if you’re performing long renders and other intensive tasks.

If you’re doing that with the M2 MacBook Pro, then fan kicks in to cool things down and you’ll get the same performance.

But that doesn’t mean the M2 MacBook Air can’t handle what you throw at it – it will just do it in shorter bursts.

Customers coming from an Intel-based MacBook Air will see the battery life almost double with up 18 hours of use.

For our review, we used the M2 MacBook Air as our daily driver and we got through two full work days and still had battery left.

This is thanks to the M2 chip power efficiency. The Holy Grail for chip manufacturers is to offer better performance and use less power. 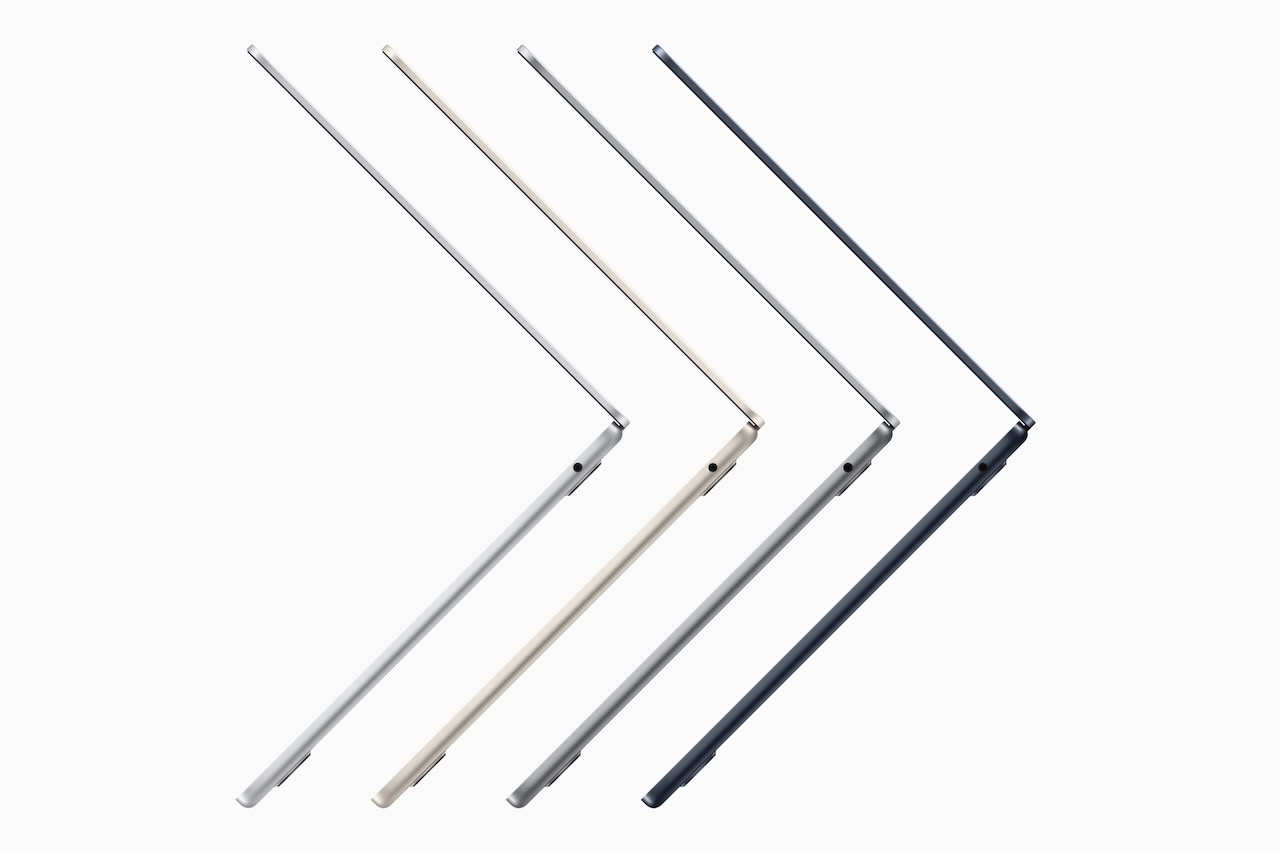 The M2 is getting closer to this goal thanks to the chip’s architecture and its improved unified memory.

The M2 MacBook Air is available now and is priced from $1,899 for 8GB unified memory and 256GB SSD (solid state drive) storage. 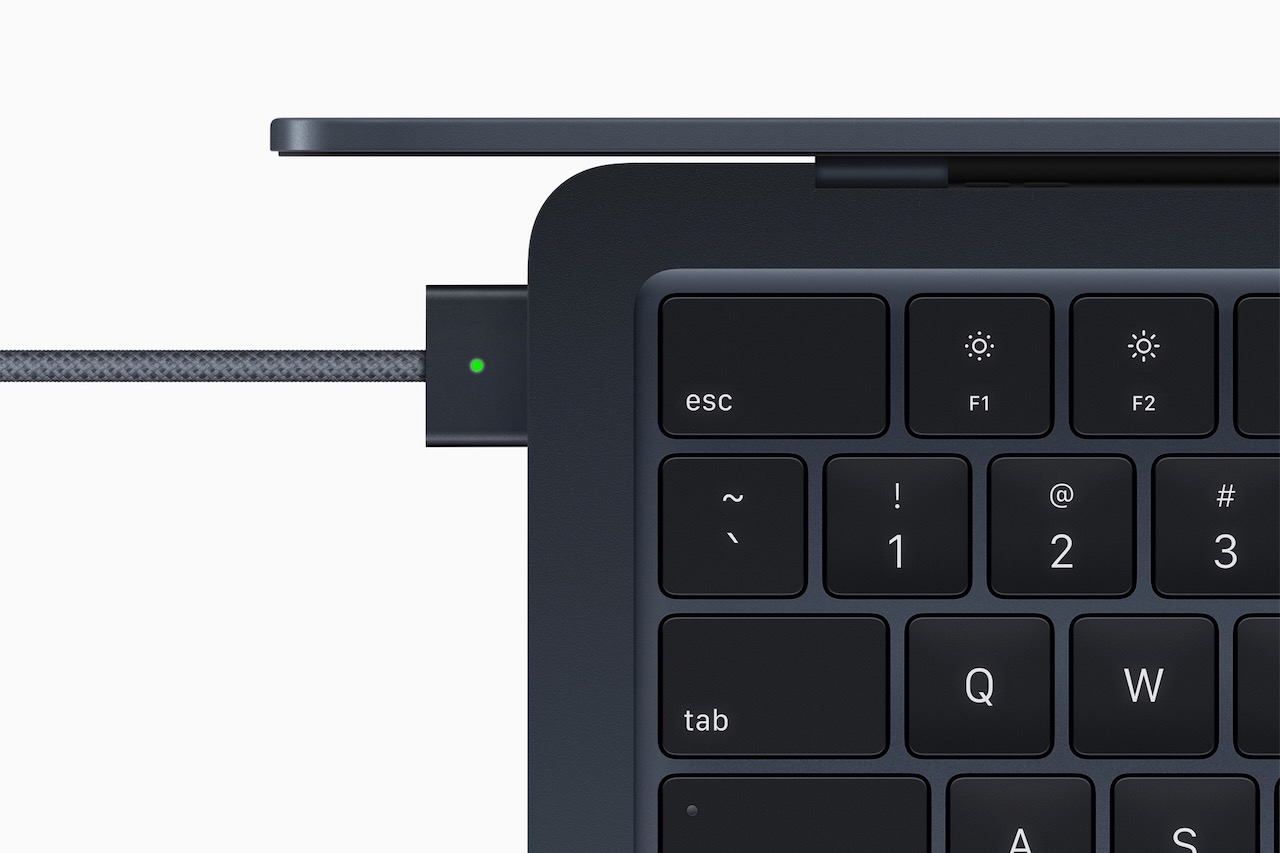 The new M2 MacBook Air has been transformed inside and out and offers an attractive solution that looks great and delivers stunning performance.