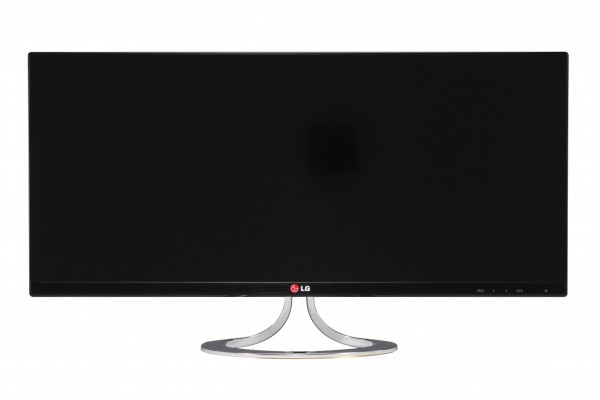 If you’ve ever wanted more screen real estate then LG has the monitor for you – an ultra-wide 21:9 screen that takes multi-tasking to the next level.

Also on board is the 4-screen split feature which allows users to divide the extra wide screen in up to four parts to make it easier to view and work on documents side by side.

It would also be possible to view a spreadsheet right beside a Word document.

The result of all of this extra screen space is increased productivity and convenience.

And an added advantage in this situation would be colour consistency because you’re working on a single screen rather than two separate monitors which may not have been colour calibrated to appear exactly the same.

The LG monitor can also be connected to two external devices like a PC and a Blu-ray Disc player/recorder using the Dual Link-Up feature. It also has two HDMI inputs and four USB 3.0 ports.

And it’s not just about work.

The LG 21:9 ultra-wide monitor is a similar shape to a cinema screen and ideal for watching movies.

Also adding to the theatre-like experience are the 7W stereo speakers.

The LG 29EA93 monitor can also be used to play videos and games from smartphones using the included MHL cable.

The LG 29EA93 ultra-wide 21:9 monitor is available now from LG authorised resellers and is priced at $749.

Crumpler’s new bags can carry your gadgets safely with style