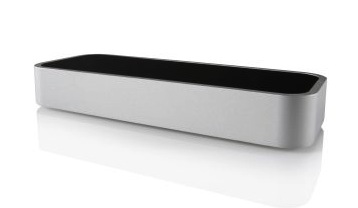 LeapMotion is an incredible new device that will offer a completely new and amazing way for users to interact with their computer.

It connects by USB to your computer and is slightly bigger than a pack of chewing gum.

The whole top surface of the LeapMotion is actually a sensor that turns the area in front of your computer into a 3D interactive space.

For as long as we can remember the keyboard and mouse have been the main ways we’ve connected to our PCs and Macs while touchscreens have become a more recent interface.

But with the LeapMotion device, your hands and fingers can become your mouse, keyboard, pen and controller.

The resulting movement and reaction using the device on your computer is similar to the way Tom Cruise’s character interacted the large screen computer in the film Minority Report.

Pre-orders of the device are shipping right now and Tech Guide was among the first in the world to experience the device.

The device works with PCs and Macs and requires users to install software to operate the device.

This install also provides access to the Airspace Store which is where users will be able to download apps that will work with the LeapMotion.

There are already more than 75 apps available, many that are free and which are compatible with either Mac or PC or both.

These apps cover a wide range of popular categories including games, music and entertainment, productivity and utilities, education, creative tools and science.

One of the games is the popular Cut The Rope which allows users to cut the ropes with a slash of their finger in mid air.

Another science app is Cyber Science 3D Motion and the object is to identify the various parts of a skull and even take it apart.

Other apps have been created to create gesture shortcuts with the LeapMotion to control various parts of your system.

But it’s only early days for LeapMotion with more than 26,000 developers busily at work creating new apps to work with the exciting and fun-to-use technology.

When you use LeapMotion you’ll feel like you’ve entered a whole new era of computing that the keyboard, mouse and even touchscreens can’t come close to.

LeapMotion is available to order now and can be shipped from US via the company’s website.

It is priced at $US79.99 but for Australians it will cost $AUD110 which includes express shipping.