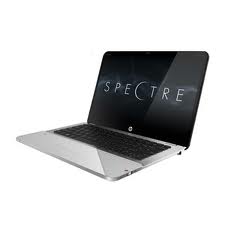 HP has unveiled a premium consumer laptop that takes lightweight scratch-resistant glass and uses it like never before on the lid, display and palmrest.

The HP Envy Spectre is a high quality ultrabook – a slim and light device – that packs a 14-inch screen into a 13.3-inch chassis thanks to advances in display engineering and chassis design.

Under the hood is an Intel Core processor with a 128GB solid state drive and Intel Rapid Start Technology for fast boot-up speeds and resume times.

The device weighs less than 1.8kg and has a battery that can run for up to 9.5 hours on a single charge.

Also included is a backlit keyboard with each key illuminated by its own LED.

The keyboard also has a proximity sensor so it can detect a user’s presence and light up and dim down again when the person leaves.

On the audio side, the HP Envy Spectre has high performance Dr Dre Beats Audio technology for advanced sound quality.

The HP Envy Spectre is also one of the first laptops to come with NFC (near field communication) to share data with other NFC-enabled devices like smartphones.

The HP Envy Spectre is priced at $1899 and will be available at the end of February from HP’s online store and through retail partners JB Hi-Fi and Harvey Norman.