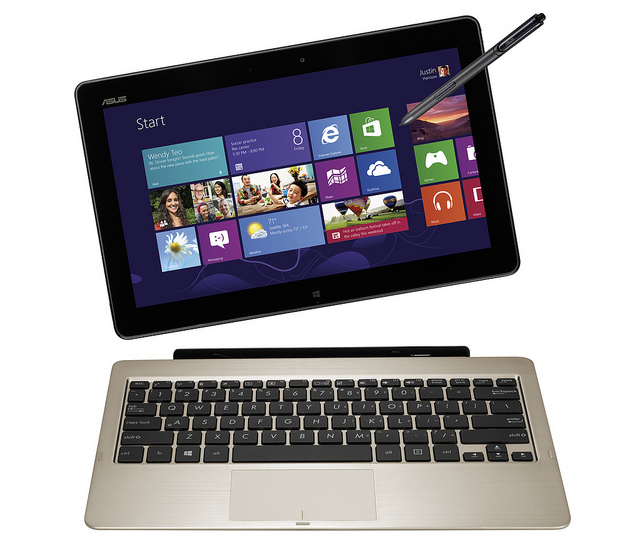 ASUS has just released the VivoTab 810 Windows 8 tablet that offers high performance on the go and a mobile dock with a full keyboard for increased productivity.

With this sort of power under the hood, it allows the Windows 8 operating system to run just as well on the device as it would on a laptop or desktop computer.

Image clarity on the screen is enhanced with reduced display thickness while the tough Corning Fit glass has an anti-fingerprint coating to keep the screen clean and clear.

The VivoTab has a sleek metallic design and is just 8.7mm thick and weighs in at a slender 675g.

The device also has quad speakers for impressive audio performance as well as an 8-megapixel camera with a five-element lens and auto focus.

Also included with the VivoTab 810 is a Wacom digitizer stylus to offer direct and precise input with a range of compatible applications.

This hybrid device allows easy portability when it’s in tablet mode but the mobile dock, which includes a hidden hinge, allows the device to transform into a notebook complete with a full keyboard and a trackpad.

Also included on the dock are two USB ports and an internal battery which can add more than 9 hours of charge to take it up to an impressive 19 hours of mobile use.

It is priced at $1099 and includes the mobile keyboard dock and Wacom stylus.