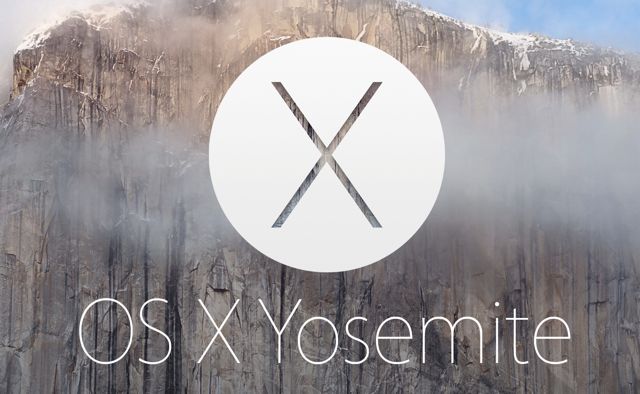 Apple has revolutionised the Mac with a new desktop operating system called OS X Yosemite which enables a number of intuituve new features.

These include an all-new design, a new streamlined Mail program, a faster Safari browser plus the ability to pick up whatever you’re doing on your mobile devices on the Mac.

iPhone users can also link their device to the Mac to make and receive calls from the computer as well.

On the design side the new OS has adopted the flatter and understated look of iOS 7.

The window bars and dock also have the same translucent effect to see the desktop underneath.

To avoid distractions of bright colours while working there is a new Dark Mode that will keep users focused on the task at hand.

Notification centre can now be customised with the widgets you want and adjusted to suit your workflow.

Spotlight has also been changed so the search window is positioned right in the middle of the screen.

Now contacts, apps as well as documents and relevant content can be accessed through Spotlight along with web searches without the need to fire up a browser.

Macs are still a healthy business for Apple.

Macs have grown by 12 per cent despite the industry trending downwards by five percent and takes the install base to more than 80 million units worldwide.

More than half of this install base is also running the latest OS X Mavericks operating system. In comparison Windows 8 has a 14 per cent install base.

iCloud Drive is also a new feature – very similar to Google Drive – that allows users to synchronise their content and folders across multiple devices.

Mail in Yosemite has a new user interface along a new technology called Mail Drop. Now users can have large attachments – up to 5GB in size – sent encrypted from a secure iCloud link.

No more bouncebacks when the mail server rejects the large attachment.

Safari in Yosemite has also been streamlined with a narrower tool bar. In the search field users can also access their bookmarks as well as suggested links.

The new Tab View also gives a better top down view to all of the sites you’re looking at.

Under the hood, Safari has also been optimised to play content on the browser while reducing the strain on your MacBook’s battery if you’re browsing on the go.

Continuity is a new feature that allows users to continue what they’re doing on other devices.

This is aided by the AirDrop feature which now works between iOS and OS X by creating a peer-to-peer connection.

Hand-off allows users to, for example, start an email on their iPhone, iPad or Mac and then continue it on their other device.

It’s even possible to make and receive calls on the Mac that links to your iPhone. The direct connection turns your Mac into a handsfree speakerphone.

Macs are still a healthy business for Apple.

Macs have grown by 12 per cent despite the industry trending downwards by five percent and takes the install base to more than 80 million units worldwide.

More than half of this install base is also running the latest OS X Mavericks operating system. In comparison Windows 8 has a 14 per cent install base.

OS X Yosemite will be released as a free update later this year in Spring but will be offered early as a beta program for non-developers to download ahead of the official release.