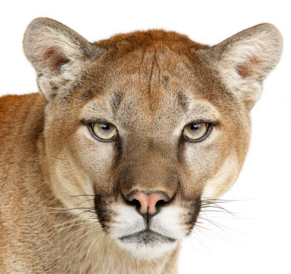 Mountain Lion appeared in the Mac App Store at about 11pm last night. It is a 4.34GB download and is priced at just $20.99

With many of the new features it is important to note where a lot of those features first appeared – on the iPhone and iPad.

What Mountain Lion does, apart from giving your Mac one of the sturdiest and efficient desktop operating systems on the planet, is bring your iMac or MacBook even closer to your iOS devices.

This is thanks to even closer use with iCloud, easier sharing and seamless communication between the desktop and iOS devices.

Installation took about 35 minutes and one thing we did notice, apart from all the new features, was a smoother and noticeably faster experience.

Here is what you can expect to find in Mountain Lion:

In the same way iPhones, iPods and iPads can message each other for free – now your Mac can get in on the act.

Users can send their iMessage, complete with picture or video attachments to users on their iPhone, iPad, iPod Touch and to other Macs.

And if you’ve started an iMessage conversation on your Mac – you can pick it right up on your iPhone or iPad – and vice versa.

Another feature inherited from the iOS operating system of the iPhone and iPad but we found it even more useful on the desktop with the Mac.

It lets users stay focussed on what they are working and see at a glance when message and emails, reminders, calendar entries and app updates are available rather than having to go to those individual applications.

And one click on the notification centre that slides in from the right side will take you straight to that application and that item.

And best of all users can also configure Notifications to only receive the alerts they want.

Our only gripe was the icon to slide open the Notification Centre was in the top right corner where the Spotlight search icon used to be. Spotlight has moved slightly to the left.

We hit Notifications a couple of times when we tried to do a search so it will take a little getting used to.

Mountain Lion makes Apple’s iCloud services even more useful and easier to share content and information like reminders, notes across all of your devices – Mac, iPhone and iPad.

Documents on the Cloud means you can create and edit your documents on your Mac and then access them on iOS devices and vice versa.

Mountain Lion makes it easier to share content from your Mac via mail, iMessage and AirDrop to another Mac nearby.

The Mac also has takes Twitter integration even further with Mountain Lion with ability to tweet from within apps.

A favourite feature is Share Sheets – which includes a nice animation of a piece of paper and paper clip attaching the photo or text you’d like to share as a message.

Sharing with Facebook is not ready for Mountain Lion but expect an update when iOS 6 is released for iPhone and iPad where it will be a prominent feature.

This is a handy new feature that allows users to talk to their Mac instead of type.

Anywhere where you can use your keyboard – simply hit the function key twice and a small microphone appears in the text entry area.

A Siri-like chime sounds to signal you can start talking. Click on the Done button and it will turn what you said into text after a second or two into your document, message or email.

When we set up Dictation a dialog box opened telling is that what we said would be sent to Apple to turn into text.

Regular voice to text programs like Dragon Dictation, for example, do all of that processing on board your computer using the application.

In the case of Mountain Lion – the processing is done on the Apple servers which means it won’t work when you’re not connected to the internet.

The Mac’s browser has had a slight makeover in Mountain Lion.

The address bar has been merged with the search box so whether you’re typing in an address or looking up something – the text goes in the same window.

If you love playing games then Mountain Lion can extend the experience to your Mac with multi-player and turn-based games against players in iPhone, iPad, iPod Touch and other Macs.

User can access leaderboards and achievements and see the games your friends are playing and keep an eye on their progress.

Before Mountain Lion, updates had to be performed when the computer was wide awake.

With Power Nap your Mac can download and install all of the necessary updates while it’s in sleep mode.

This means your Mac is ready to go as soon as you wake it up.