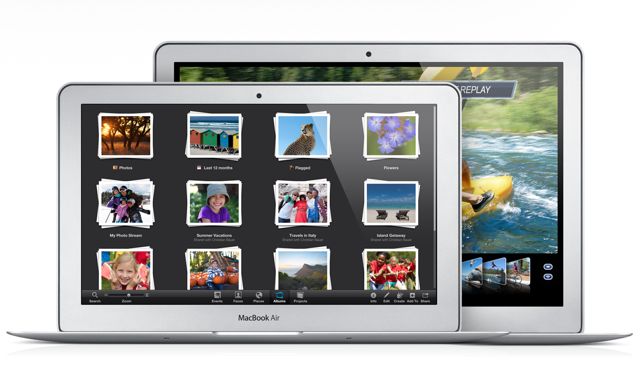 The MacBook Air has Intel’s latest fourth generation Core processors along with an even longer battery life and faster 802.11ac wi-fi connectivity.

The Mac Pro – a product that hasn’t seen a significant update for years – has been re-invented with new technology and an eye-catching new look.

The 11-inch and 13-inch MacBook Air has had a significant refresh with an all-new processor – the Intel 4th Generation Core processor – that results in not only increased speed but also longer battery life.

Speed has been improved by up to 45 per cent from the previous generation.

Battery life has also seen a major improvement thanks to the Intel i5 and i7 processors on the 13-inch MacBook Air and is now up to 12 hours.

The 11-inch MacBook Air can run for up to nine hours on a single charge.

The MacBook Air can be configured to order with i7 processors, up to 8GB RAM and up to 512GB flash storage.

The Mac Pro has been awaiting a major upgrade for some time and it has been finally delivered in dramatic fashion.

The latest Mac Pro, which will be available later this year, looks more like a jet engine than a computer.

The latest version is one eight the volume of the current Mac Pro but still delivers a stunning seven teraflops of computing power.

Also on board is PCle-based flash storage which is up to 10 times faster than conventional desktop hard drives.

On the connectivity side, the Mac Pro has six Thunderbolt 2 ports to deliver up to 20Gbps of bandwidth through each one.

The Mac Pro will be available later in 2013.