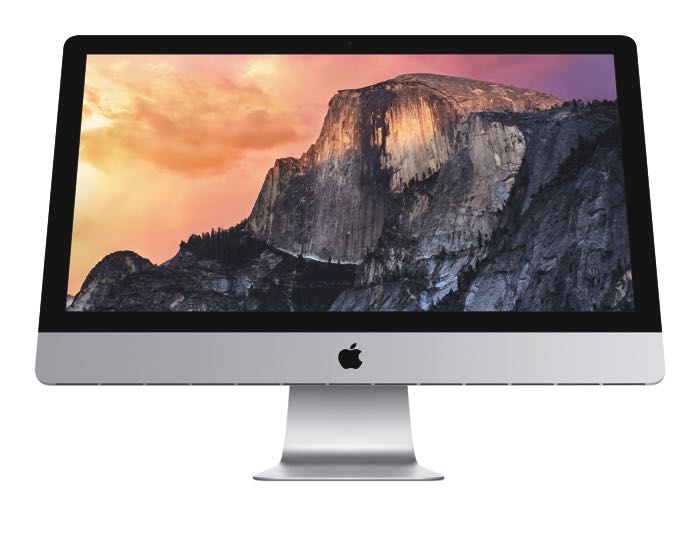 Apple’s iMac with Retina Display is by far the highest resolution computer screen on the market with a staggering 14.7 million pixels filling the screen.

There are plenty of 4K TVs – also known as Ultra High Definition – on the market which look great but the biggest gripe is the fact there isn’t any content to showcase all of those pixels.

So when Apple decided to release the iMac with 67 per cent more pixels than a 4K display many people asked: Why?

Well it seems Apple’s answer to that question is: Why not?

To put it simply – the 27-inch iMac with 5K Retina display is nothing short of stunning.

It will obviously appeal to creative users like photographers, filmmakers and graphic designers who will be able to see their work in more detail than ever before.

Even the Yosemite desktop picture has so much detail you can easily pick out individual branches on the tiny trees in the background.

Whatever you look at whether it’s photos, or movies and websites look amazing on the screen.

Your eyes quickly become accustomed to the screen’s amazing quality and soak up all of those pixels and it’s only when you look away at another screen that you realise the huge gap between this and other displays.

Your eyes really get spoiled with those millions of extra pixels – your vision swims in luxury.

The product already has Apple’s typical gorgeous design – and that hasn’t changed one bit for this.

The edges of the iMac are still just 5mm thick but that svelte design doesn’t mean the device isn’t powerful. Quite the opposite actually.

Customers can get up to an Intel Core i7 processor running at up to 4Ghz with up to 3.5 teraflops of graphic computing power.

It can also be configured with up to 32GB RAM and storage up to 3TB Fusion Drive capacity.

But back to that 5K Retina screen. It wasn’t just a matter of packing in extra pixels and just leaving it at that.

Apple had to rethink how a display panel of this type would be powered – a panel that measures just 1.4mm thick despite being made up of 23 layers.

With 14.7 million pixels on the screen – there has never been a greater number of pixels in one place before so Apple had to invent technology to power them and make them run smoothly.

The result was the proprietary timing controller (TCON) which basically tells each pixel what it needs to do.

And despite powering four times more pixels than ever, the iMac with Retina display uses 30 per cent less power because of its new highly efficient LED backlights.

Each display has also been colour calibrated to meet worldwide standards for accuracy.

The iMac has all of its ports on the bottom left side of the rear panel, including an SD card slot.

Like the most recent iMacs you won’t find a DVD drive but an external drive can be connected anyway.

Connectivity is boosted through the Thunderbolt 2 ports which can move data around at a rate of 20Gbps.

The iMac comes standard with a wireless keyboard and Magic Mouse and can be set up in seconds.

Now the only question to ask is: Is it worth buying?

The 27-inch iMac with Retina Display starts at $2,999 which some may view as expensive but when you compare that to the regular iMac – which is still available – and other 4K monitors on the market, it’s actually pretty good value.

The top of the line iMac below this latest Retina model is $550 cheaper at the entry-level configurations.

So if you were thinking about investing in that model it would be well worth considering paying that little but extra to get so much more and future proof your investment.

Apple’s 27-inch iMac with Retina 5K display is the best all-in-one computer on the market and backs the jaw-dropping screen quality and design excellence with incredible performance.